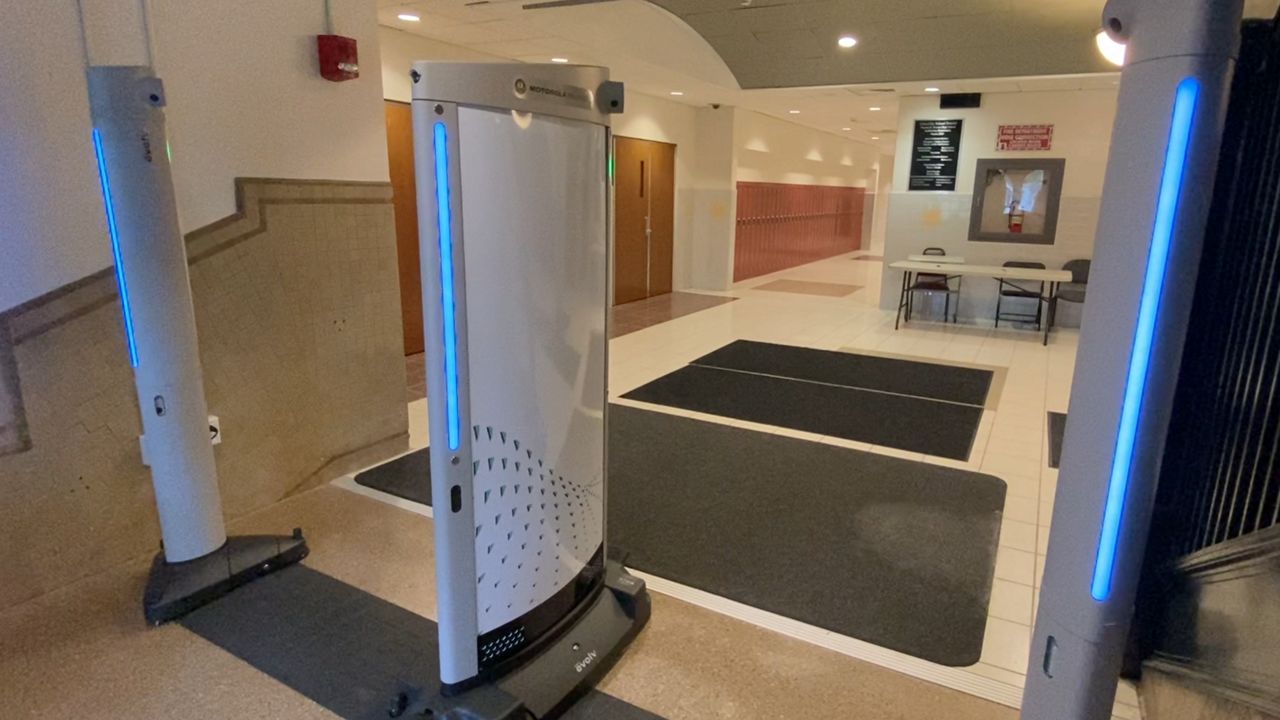 As Utica City School District Superintendent Bruce Karam reflected on security in the district, he said it has long had police officers around.

“We had officers securing our buildings as part of our security. Now, we have officers in our high school, middle school and elementary school,” Karam said.

The district is now investing in technology to protect students, teachers and other staff. Karam said they’re purchasing a $4 million weapons detection system.

They'll be in all of the school district’s buildings.

“We have a large investment in that, but that investment for me is worth every penny because it provides the safety that we need for our children, for our teachers, our staff and for anybody going into the buildings,” said Karam.

The machines scan people walking through. Karam said the technology is so advanced that multiple people can walk through at the same time, and it will still only detect weapons.

“It’s just very easy for people to walk through,” he said. “There’s no waiting period, and this way, students will get to class on time. Nobody will be delayed. Teachers won’t be delayed coming in.”

As an added bonus, Karam said the school district will get reimbursed.

“By doing that through BOCES, we actually are able to get a reimbursement back on it, so it’s only gonna cost us a fraction of what it normally would have,” he said.

In addition to the new scanners, Karam said they’ve hired additional security personnel for the new school year, and are budgeting for more.

The superintendent said immediate action will take place if any weapons are found, but that to this point, the school hasn’t had “many weapons at all.”