Since the Gay Liberation started in Buffalo in the late 1960s, Western New York has outgrown its past. It is rich in its history and has developed a flourishing LGBTQ community. While Pride Month is different this year, the spirit of inclusion and celebration is alive and active in the Queen City.

One of these spaces is the MOCHA Center on Main Street in Buffalo. What started as the Men of Color Health Awareness Project in 1996, is now a center providing several services to Black and Latino men within the LGBTQ community. That includes STD testing, support groups, sexual health education, and a safe space for community members to gather and socialize.

David Sell, whose pronouns are They/Them/Their, is a health educator for the center. Sell has worked roughly four years with the center’s clients.

Unfortunately, the MOCHA Center is temporarily closed due to the COVID-19 pandemic. A MOCHA Center representative says that although drop in activities are on pause, anyone can still call the center to talk to somebody if they’re in need. The center is also hosting a virtual Pride at Home event that will showcase young local artists and performers.

Sell explains, it’s not only the pandemic that made Pride Month so different this year. They’ve also spent quite a bit of time on the frontlines of the Black Lives Matter protests, which were sparked last month by the death of George Floyd.

“I feel it's my duty to be right there with them…to make sure that they understand that the work that I do isn’t just a job,” Sell said. “It's my passion.”

The MOCHA Center isn’t the only space in Buffalo looking to expand and better health care access to the LGBTQ community.

Tamara Rettino is a licensed acupuncturist and owns Acupunktrix on Hertel Avenue Among her many services, she provides acupuncture to transgender folks. She explained how acupuncture can help with several things, including anxiety, depression, and hormone therapies. 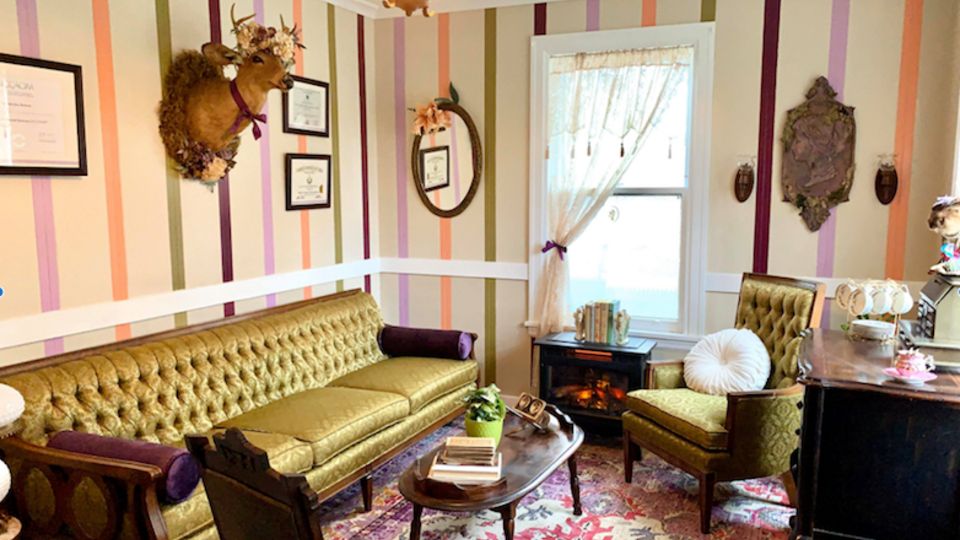 “The main goal of acupuncture is homeostasis, which is balance…we want to return your body to its healthiest state,” she said. Rettno also explained that the practice is 2,000 years old, and that acupuncturists are always working to learn even more about it.

And for Rettino, helping LGBTQ people is also personal.

“I’m a mother of four…one of my children is transgender and another is non-binary,” she noted. Her daughter even used acupuncture to help her own transition process.

Another reason her mission is so important is that Rettino self identifies as queer. Historically, “queer” was used as a derogatory phrase against the gay community, but now, Rettino, like many others, are reclaiming the word as an identity. “Language has power…I think when we reclaim words we take the sting out of it,” she said.

Something both Sell and Rettino mentioned was the current need to address and focus on intersectionality — or the crossroads of social categories, like gender, race and sexuality.

This past weekend, members of the LGBTQ community marched alongside supporters of the Black Lives Matter movement in Niagara Square in downtown Buffalo, an afternoon Rettino attended and described as a “celebration of intersectionality.”

“Not letting people steal our joy is important,” she said “To be in the streets together, dressed up in our pride colors, but carrying Black Lives Matter signs and seeing where those things intersect…and just having joy and dancing from our hearts and not being held down was so powerful.”

She added that while it’s okay to enjoy Pride Month with parties and have fun like in years of the past, she hopes activism and intersectionality continue to be focused on in years to come.

Sell said they have hope, too — especially as different walks of life come together to support the Black Lives Matter movement.

Their advice to anyone looking to become an ally is to start with a web search. “I think honestly, it doesn't matter where you're at. People tend to live in a bubble and unless they're actively seeking out these [diverse] voices…that they probably always excluded…nothing will get better.”

View Part I of this online series here.