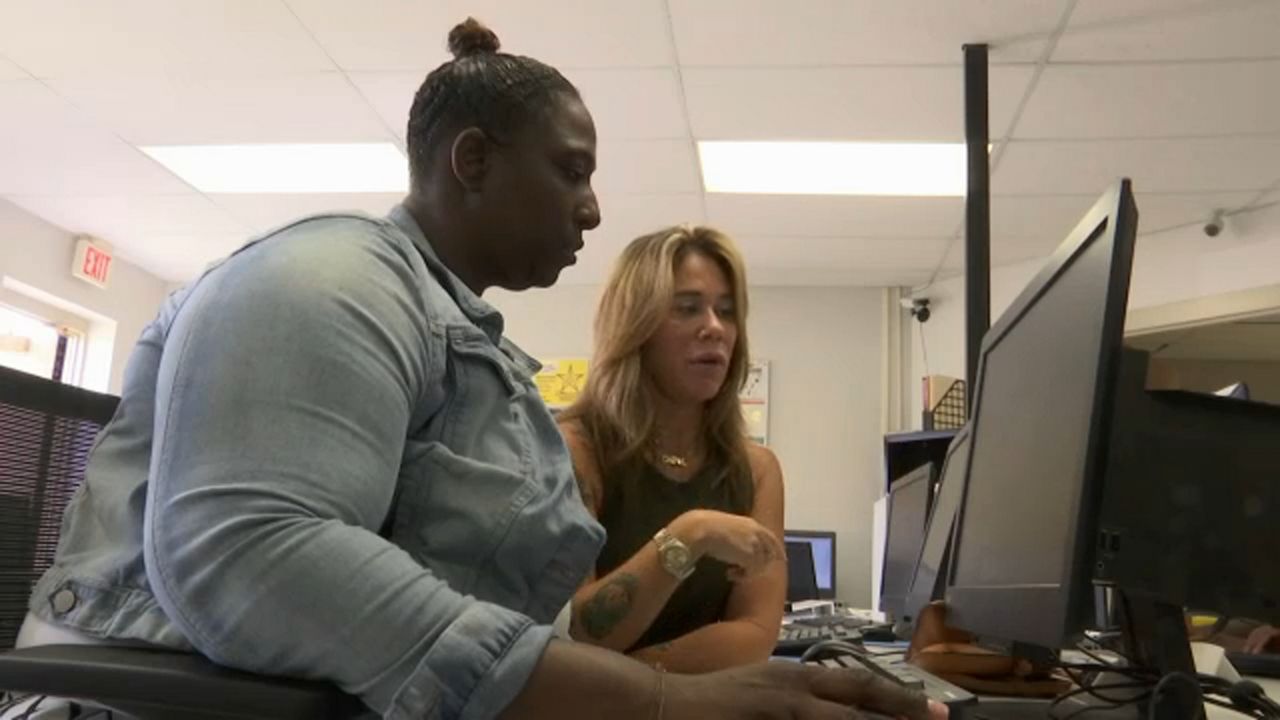 Living in public housing can sometimes be tough for the people who rely on it, but a program through the Buffalo Municipal Housing Authority is making it easier for some to make it on their own.

Marquessa Quarles lives in the Langfield Homes on the city's East Side, and she's raised four children. She's one of more than 10,000 people who live in BMHA housing.

"It's crowded and it harbors a lot of violence and pain," Quarles said of the housing projects. "We live in a tough neighborhood. I wanted to shield them from all the things that was going on in our community."

And she also wanted to create a better life for herself and her kids. That's why she joined the BMHA's Family Self-Sufficiency Program.

"To understand what it was that I wanted to do in life and what it took in order to get it done," Quarles said.

The program helps people set up a plan to find a steady job and income with job training, transportation, computer skills, childcare, and in the process make more money.

"Whatever assistance is needed to help take down the barriers to that success," said David Granville, employment and training coordinator for the BMHA.

A chance to make a better life: that’s the goal of the Buffalo Munucipal Housinf Authority’s Family Self-Sufficiency Program. People can get job training, education, financial skills and other services to raise their income and save money. More tonight on @SPECNewsBuffalo. pic.twitter.com/n4wRRvorzW

The Family Self-Sufficiency Program is partly funded by the federal government through Housing and Urban Development. It's open to any BMHA resident who's a head of household, 18 years or older. Adult family members in the home can also join.

Granville says about 25 people are enrolled right now. They have to sign on for a five year contract. As they meet their career goals and their income goes up, so does the amount of rent they're required to pay. However, the difference goes into an escrow account and earns interest, money they can use later as they move away from public assistance.

Brenda Santos recently started the program. After dropping out of school at 15, she's now close to earning her high school equivalency. Eventually, she'd like to become a social worker or counselor.

"I can also make my kids proud and say, 'Yeah, Mom. You finally did it.' So I'm really going for the gusto to try to do this," Santos said.

Marquessa Quarles finished the program in 2016 with more than $10,000 saved in her escrow account — enough to help her buy a sport utility vehicle. She pays the flat, market rate for her home and requires no public assistance after finding a job she loves: Teaching preschool. One day she hopes to open her own daycare facility.

"I feel self-sufficient. I'm able to take care of my children through my income and that makes me ecstatic," Quarles said.