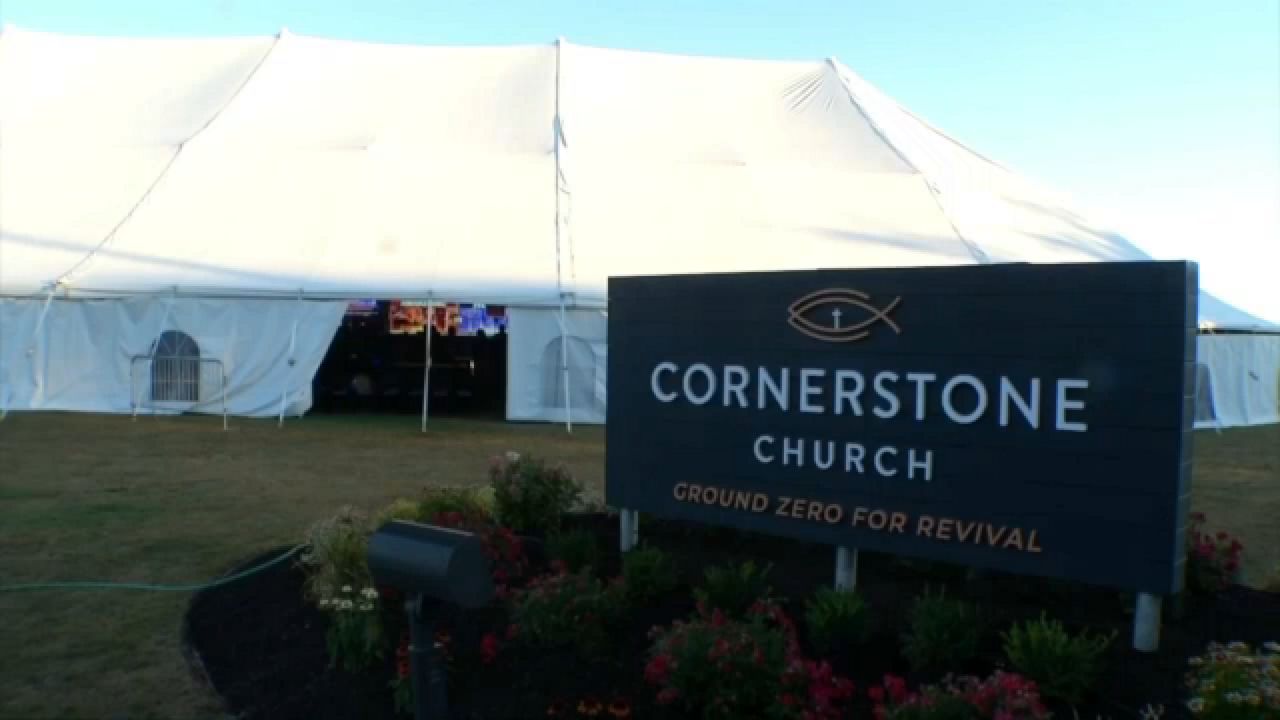 BATAVIA, N.Y. — Crowds continued to gather at Cornerstone Church in Batavia for the second day of the ReAwaken America Tour, where officials expected around 3,000 people over the course of the weekend. The tour is a political movement speaking tour featuring prominent Christian nationalists and Republican Party members such as Eric Trump and former national security advisor General Michael Flynn.

“I think that’s what you see here today, a lot of people gathered peacefully, to pray together, to commiserate together, and to talk about what they can do, when they can, and where they can to have a positive impact on their society,” said Joe Pinion, Republican nominee for U.S. Senate.

However, only a few streets away from the tour, another group of community members were also gathered peacefully in protest. The Genesee County Democratic Socialists held a gathering at Austin Park to educate the community on standing up to injustice when they see it and the controversy behind the ReAwaken America Tour.

“Today we are exercising our free speech to denounce the different speakers at that tour for saying very hateful things against groups they don’t believe belong in America,” said Angela Carlson, a member of the Genesee County Democratic Socialists.

The protest put on by the Genesee County DSA focused on educating individuals on the issues surrounding the ReAwaken Tour and highlighted the harm they fear it will inflict on the community.

“This hate speech doesn’t just go into open air and disappear,” Carlson said. “People who are experiencing hard times like we all are now view that as legit and they need to go out and fight their neighbors in order to make America great again. Our counter message is that we need our neighbors.”

Speakers at the tour, however, feel as though their audience knows their message is important and, because of that, they will continue to attempt to spread that message where they can.

“Obviously there’s first the opposition from the other side and they don’t want people to be here,” said David Zhang, host of China Insider on Epoch Times. “But it’s very grassroots, right? The people who built this country and the foundational values are represented here. So I think people that come here know exactly what they’re getting. But also, at the same time, you need the media to be here to spread the message.”