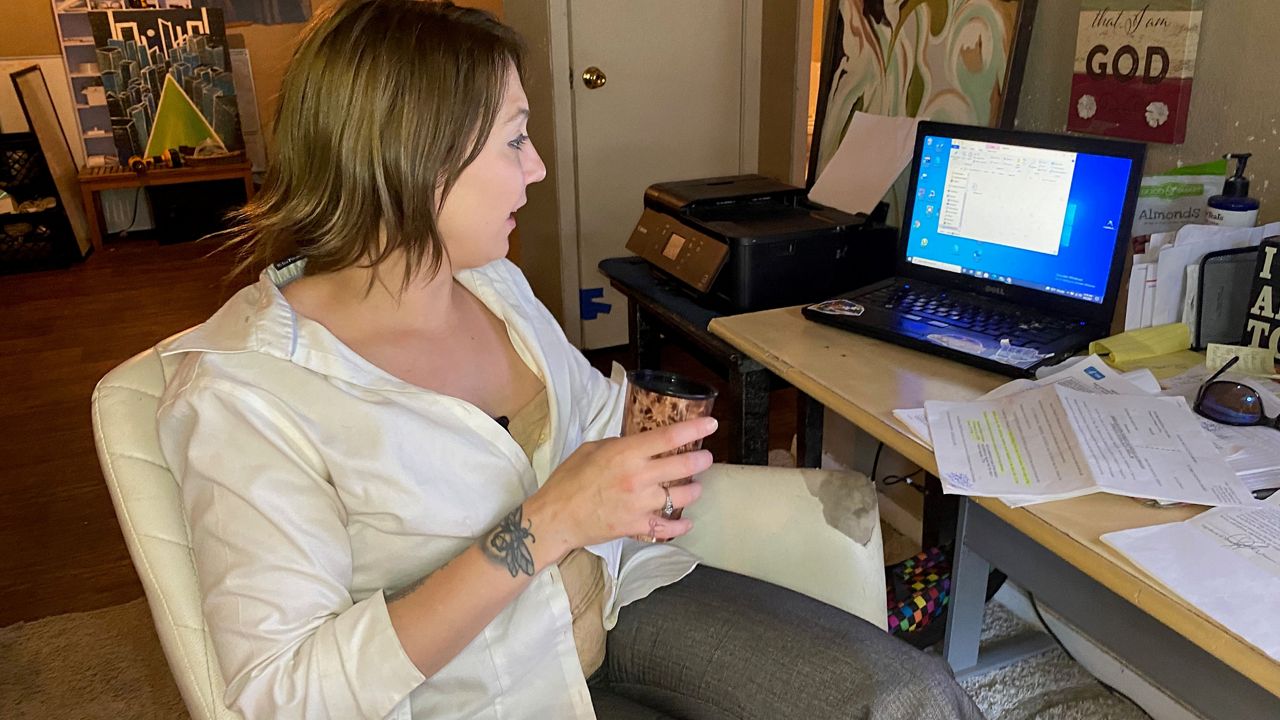 AUSTIN, Texas — The confusion continues for renters trying to navigate federal, state and local eviction protections, leading to a statewide panic among residents who are behind on their bills.

Even though the Centers for Disease Control extended the federal moratorium to October, renters are still at risk of evictions.

Many Texas cities don’t have ordinances protecting renters. In those cities, numbers from Evictionlab show evictions are much higher than cities that have moratoriums in place.  While Austin does have stricter protections for renters, some people are still getting eviction notices.

Stephanie Fjetland got an eviction notice on her door less than 24 hours after Spectrum News 1 spoke with her.

“It’s pretty much telling me I have to get out by the 11th of August,” Fjetland said.

This isn’t the first time she’s been threatened with a legal document. We first spoke with the South Austin renter in June when she was fighting a notice she received in March.

“I’m protected by law. I’m within my legal right,” she said back in June.

Her landlord refused to accept her rental assistance, but lawyers told Spectrum News 1 that means the landlord can’t evict.  Fjetland’s landlord never replied to our requests for comment.  We reached out again to inquire about the August eviction notice and have yet to hear back from anyone.

Fjetland is about five months behind on rent now, which means under Austin’s ordinance she’s not protected from eviction, but she still has rights.

“I’m gonna fight this while you try to do this because I’m within my legal right,” she said.

Housing advocate groups have been bombarded with calls from renters in a panic. Building and Strengthening Tenant Action (BASTA) Project Director Shoshana Krieger says most of the time the chaos comes from confusion about the law.

“I think there’s a lot of fear at the federal level that the orders won’t survive judicial scrutiny,” Krieger said.

There are several landlord groups fighting the legality of the latest CDC eviction moratorium extensions in court. For Texans who don’t live in cities with local protections, the situation is much worse.

Numbers from Eviction Lab show Austin had 127 filings in July.

However Dallas, Fort Worth and Houston’s local eviction protection ended in May 2019 and evictions have skyrocketed.

“We generally tell people that they really should be looking at the local protections for the contours of whether or not they can be evicted,” Krieger said.

Landlords are required to allow tenants to exhaust all financial resources before evicting tenants. There has been another boost in rental assistance to help tenants at risk of eviction.  However, even these programs can be difficult to navigate and are experiencing major delays in distributing the funds to landlords, who are also stressed about paying their bills.

Fjetland is applying for additional rental assistance. In the meantime, she says might have to choose between having a roof over her head or food on the table.

“I’m trying to raise the money to salvage my life and go somewhere else and I’m really struggling to do that,” she said.