People stand in line at an early voting location in Austin, Texas, in this image from October 13, 2020. (Reena Diamante/Spectrum News)

Long Lines Form as Early Voting Gets Underway in Texas

TEXAS — Early voting got underway on Tuesday in Texas, and if early turnout is any indication, participation will be up considerably this time.

At an early voting location in South Austin, the line was wrapped around the facility’s parking lot prior to the polls opening at 7 a.m.

Just outside Austin, in Pflugerville, it was a similar scene. Lines early Tuesday morning wrapped around the facility.

Voting in pflugerville is on fire! Well not literally on fire but you know what I mean #gotv2020 #heartfull #texasvotes pic.twitter.com/PnHCMORVyG

Looking at the statistics, the lines shouldn’t come as a surprise. More than 3 million Texans have registered to vote since the 2016 election. The Texas secretary of state’s website currently lists more than 16 million registered voters in its database, which is a record.

Texas’ population has increased by roughly 3.85 million people in the last decade.

The good news is, there’s no reason to be dissuaded by the long lines to vote that formed Tuesday morning. The early voting period in Texas does not conclude until Friday, October 30.

The find the early voting location nearest you, click here. While you’re there, you can also check to be sure you are registered to vote.

Bear in mind that hours vary by location, so it’s best to plan ahead. 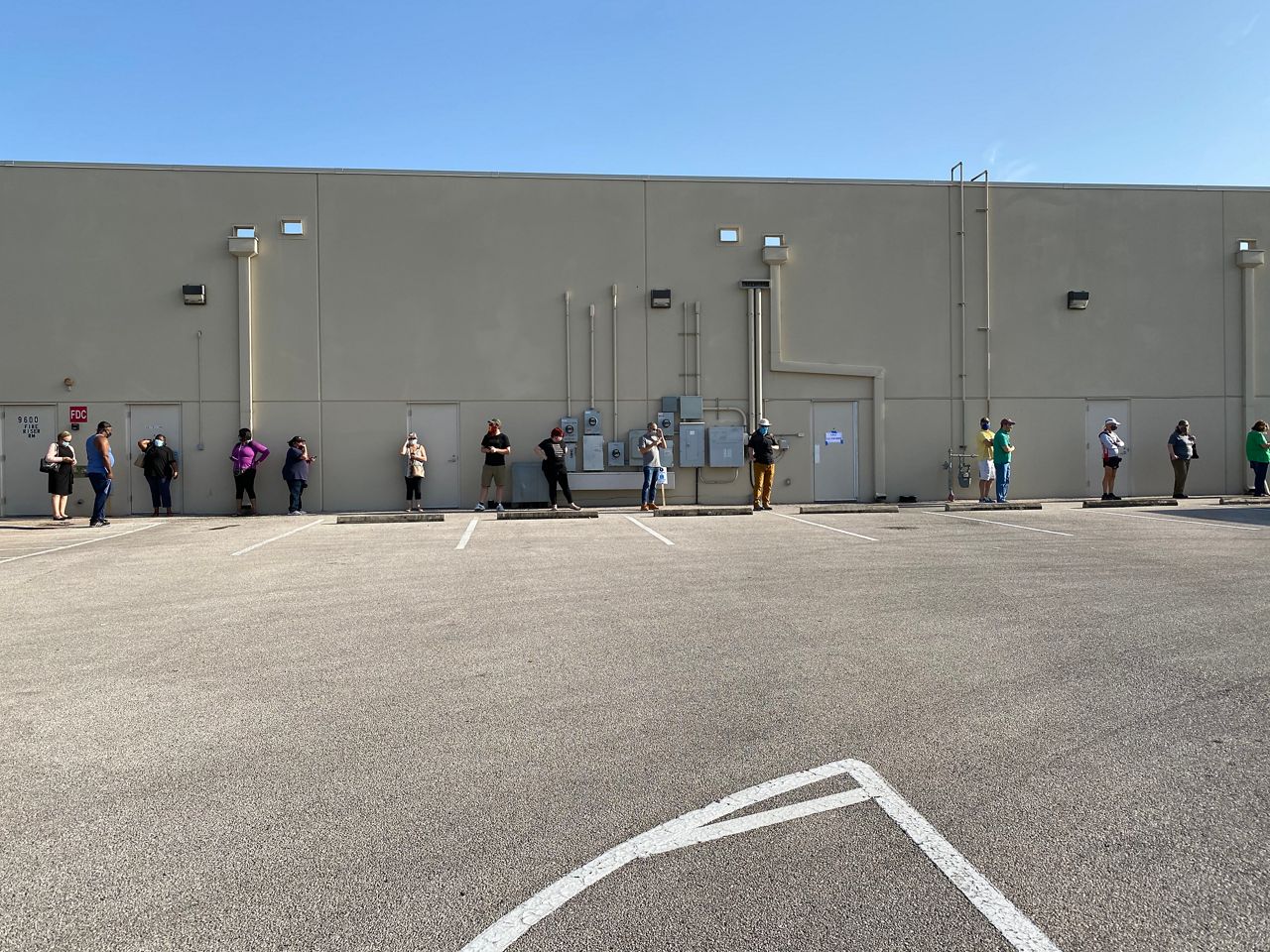 People are lined up to vote in Austin, Texas, in this image from October 13, 2020. (Reena Diamante/Spectrum News)