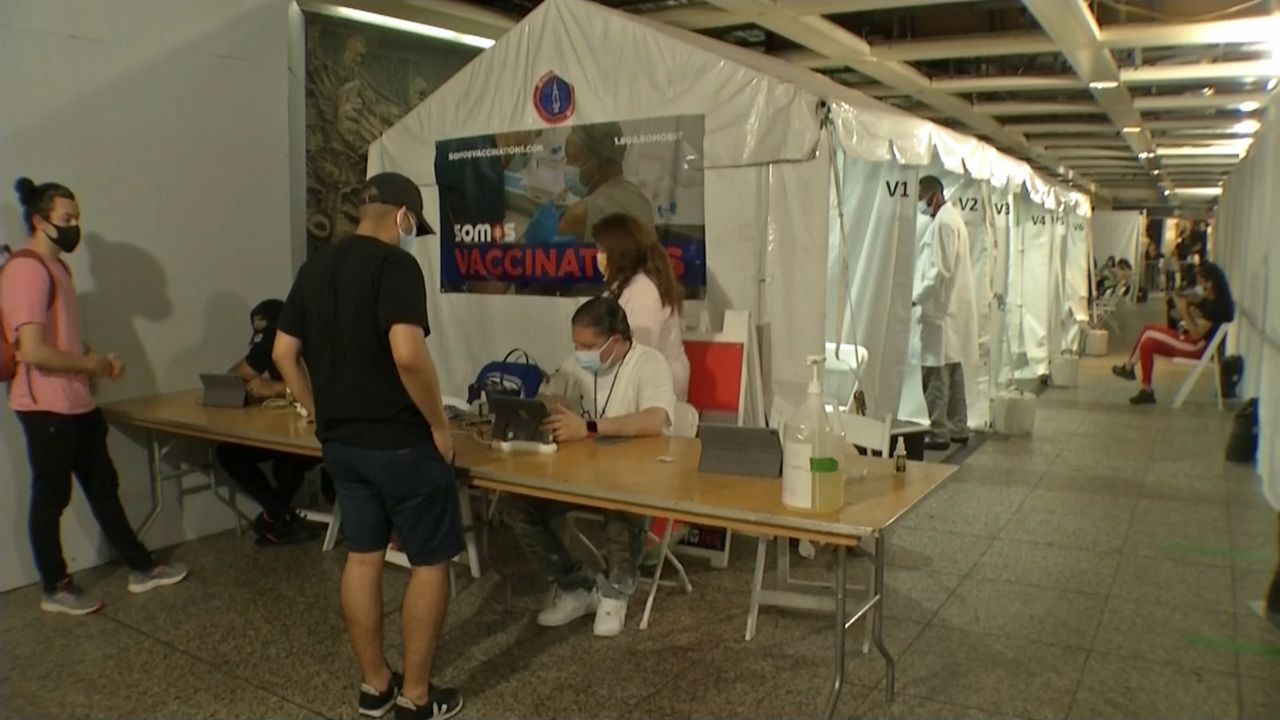 For Ken Kim, Penn Station takes him to and from his home in Long Island, but it will help him when he travels cross country for a trip with his dad,. thanks to a vaccination center at the transit hub.

“We were actually traveling to Yosemite I was told to get it just in case we need a vaccination card,” Kim said.

More than 11,000 people got the one-time Johnson & Johnson shot at subway and rail stations, a top MTA official said Wednesday.

Penn Station was one of 8 MTA pop-up vaccination sites, but all but two have closed recently.

The MTA is keeping the vaccine sites open to the public at Penn Station and Grand Central Terminal through Saturday.

“It’s definitely interesting,” Kim said. “I wouldn’t expect to get a vaccine in a subway kind of area. But it’s pretty convenient so I’m definitely gonna check it out.”

And, Kim walked out with an unlimited, seven-day MetroCard.

New York has been easing rules on vaccinations so as many people as possible can get one.

“I was looking at the train schedule on the LIRR app and then a notification popped up, i thought I’d just get it,” she Argabrite.

The New Jersey resident said the vaccination site at Penn Station made it possible for her to get her shot.

“I don’t drive, so, I didn’t want to have to ask for a ride to get to a vaccine place and make an appointment and everything, this was just easier,” she said.