The vice president made her first stop at the Center for Advanced Manufacturing at Guilford Technical Community College near Greensboro to talk about the administration’s economic policy and the American Jobs Plan.

“It will be the largest jobs investment our country has made since World War II. And it’s not just about jobs. It's about good jobs,” Harris said.

“I believe you shouldn't have to work more than one job to pay your bills and feed your family. One good job should be enough,” she said.

Harris compared the scale of the plan to building the transcontinental railroad, building an electrical grid to every home in the nation, and putting astronauts on the moon. 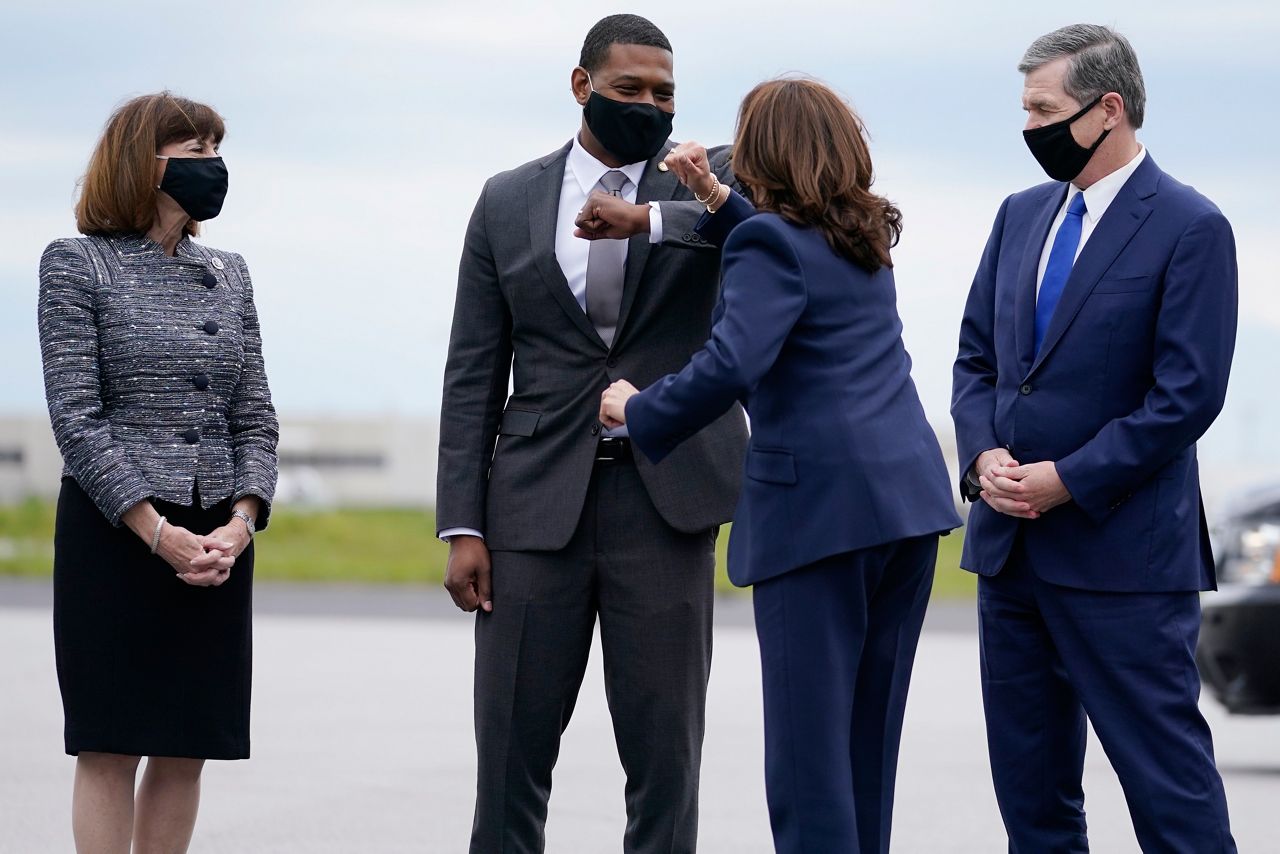 The plan calls for hundreds of billions for roads, bridges and other transportation infrastructure. It also includes $100 billion to get broadband internet access into rural communities, according to the White House.

The plan also includes $111 billion for drinking water projects, including a proposal to replace the country's remaining lead pipes. Harris said there is more than a million miles of lead pipes in the United States providing drinking water for up to 10 million families.

Biden's plan also calls for $200 billion in spending on affordable housing and increasing housing across the country.

To pay for the plan, the White House proposes to increase the corporate tax rate to 28%, reversing some of the cuts from the Trump administration.

The jobs plan is far from a sure bet on Capitol Hill, where Republicans are criticizing the proposal’s corporate tax increase, provisions to help unions and spending on childcare and adult care.

In North Carolina, state GOP Chair Michael Whaley said he supported spending on things like roads, bridges and broadband. He called the bill a gift to blue states and a “trojan horse” for tax increases.

“You could really wrap that up for a couple hundred billion dollars,” Whatley said. “We would like to see targeted spending.”

But Harris argued that things like childcare are essential in the plan. “Just ask any parent who has been home with their kids for the last year,” she said.

“I believe that infrastructure is about all the support systems that make our country work,” the vice president said. “Child care, home care, keeps us working. It keeps working people working.”

Harris also brought the White House's strong pro-Union message to North Carolina, a right-to-work state. "Union members have better pay, better healthcare, better retirement, better protections on the job.  I believe every worker in America deserves the ability to organize or join a union," she said.