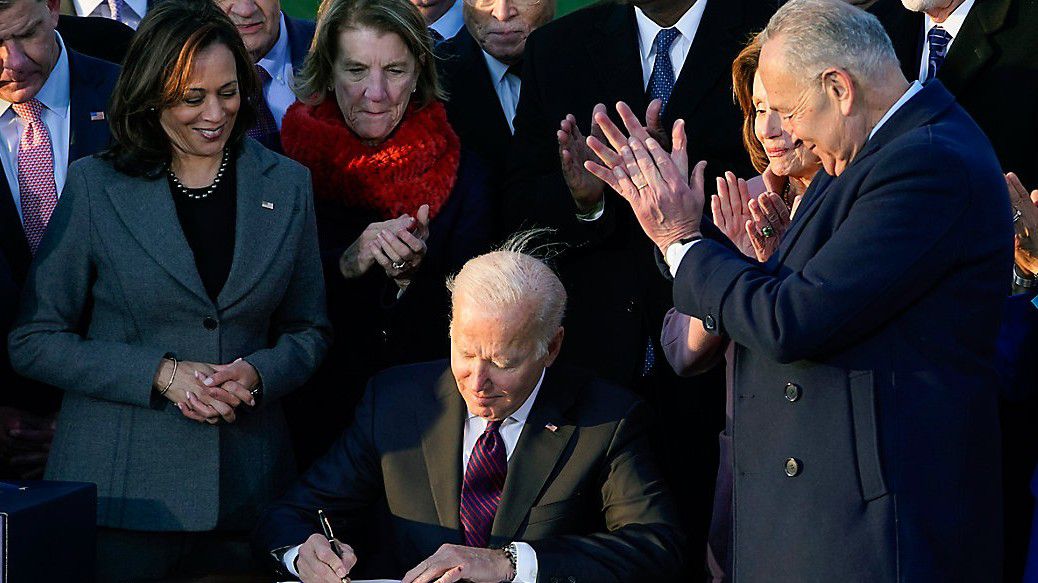 In Washington, Senate Democrats had hoped to pass President Joe Biden’s Build Back Better plan by the end of the year, but that now looks unlikely.

The goal of passing President Biden's massive climate and social spending bill had been to pass the legislation before Christmas.

President Biden, however, released a statement on the current status of Build Back Better on Thursday, stating, “It takes time to finalize these agreements, prepare the legislative changes, and finish all the parliamentary and procedural steps needed to enable a Senate vote. We will advance this work together over the days and weeks ahead.”

Congressman Richard Neal (D-Massachusetts) agreed with his assessment and spoke with Spectrum News 1 about the future of Build Back Better.

“I suspect we will get an agreement — when is a bit more iffy but I think letting it go over to the first couple two to three weeks of January as long as we get (Senator) Joe Manchin’s vote is fine,” Neal said.

In a statement Rep. Pressley released on Friday morning, she also expressed some frustration with the situation.

“This is exactly why I pushed so hard to keep passage of the bipartisan infrastructure bill tied to passage of the Build Back Better Act,” Rep. Pressley said.

Congressman Neal said he wasn't too worried about the delay and said that it was better to get the legislation squared away now before moving they move onto the voting process.

On Friday, the state’s congressional delegation also issued a joint press release on the federal infrastructure package which passed in November.

They announced more than a dozen Massachusetts airports would get more than $48 million in federal grant money because of the Bipartisan Infrastructure Law.

One of the airports that will get a portion of the money is Worcester Regional Airport, which is slated to get about $1.3 million in funds that can be used to make improvements and invest in safety and sustainability projects.

Those funds are cause for celebration at the Green Energy Consumers Alliance, which is based in Boston.

“No matter where you go in this country or in our state of Massachusetts, people are thinking about driving an electric car and want to have more confidence that charging stations are out there,"  Larry Chretien, the Executive Director at Green Energy Consumers Alliance, said.

Chretien said that Green Energy Consumers Alliance are happy to see investments being made in green infrastructure, but added that they also want to see Build Back Better passed.

Chretien said that Build Back Better offers even more funding to states for things like a tax credit geared towards encouraging people to buy electric vehicles.