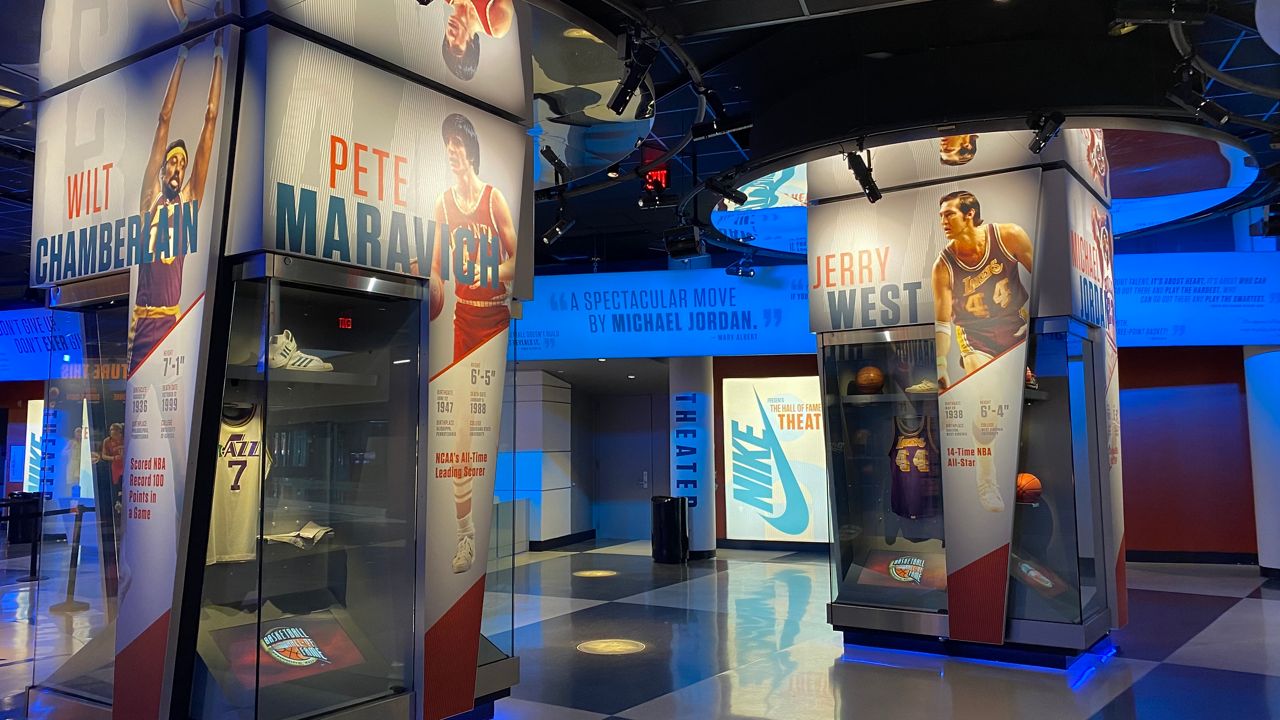 The Naismith Basketball Hall of Fame features exhibits showing the progression of the game and players at all levels. (Spectrum News 1/Ana Bottary)

Trip On A Tankful: Naismith Basketball Hall of Fame

SPINGFIELD, Mass. - Located in downtown Springfield, the Naismith Basketball Hall of Fame offers a full history of the sport. The history starts at the beginning with James Naismith himself who invented the game in Springfield in 1891.

"Literally three weeks after he invented the game in December of 1891 he went up to Northampton Massachusetts met with Senda Berenson at Smith College and introduced the game to women at Smith College," said John Doleva, president and CEO of the Hall of Fame. "His vision was, we want this game to be inclusive and that’s what this museum is, it covers the entire game.”


The museum features exhibits showing the progression of the game and players at all levels.

Doleva said the museum just finished a $25 million renovation created brand new spaces with updated technology meant to engage and entertain visitors. Part of this renovation was in the Hall of Honor.

"Well the Hall of Honor is really the heart of our museum," said Delova. "You kind of come to the hall of honor to really pay homage to the greatest in the game."

The Hall of Honor is now completely digital and gives an in-depth looks into all of the players and coaches enshrined.

"Traditionally we would have shown a picture and a couple paragraphs of information but in a new way that we do this, we do this with all 420 hall of famers," said Delova. "We’re able to take a look at his career as a coach through many different aspects of the game his accomplishments and then have some video."

Doleva said this year they’ve seen a 45 percent increase in visitation from pre-COVID numbers. One of the most popular exhibits is dedicated to the late Kobe Bryant, which has drawn crowds from across the country.