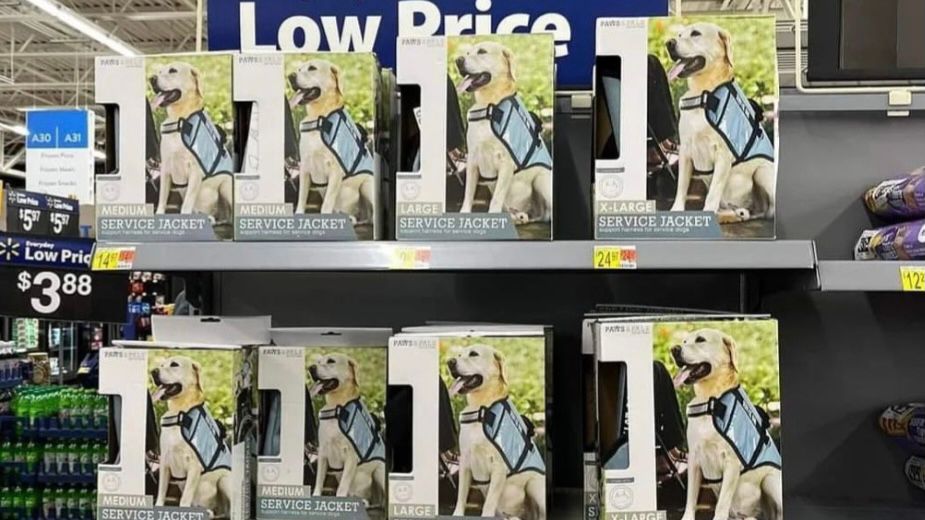 NEADS organizations received a photo of the fake service dog vests on display inside a Walmart from one of their clients, and they decided to take immediate action.

MASS. - NEADS World Class Service Dogs is applauding Walmart over its decision to remove fake service dog vests from its stores and online.

Cathy Zemaitis, NEADS director of development, said they received a photo of the fake service dog vests on display inside a Walmart from one of their clients and they took immediate action. They contacted Assistance Dogs International, who wrote a letter to Walmart on their behalf stating their displeasure with these items being sold.

Walmart recently notified NEADS saying they will remove all service dog paraphernalia online and in stores.

“We are amazingly proud of Walmart for doing this,” Zemaitis said. “It was a big deal, and it happened very quickly. All of this communication began in January and it’s only March and they’ve already done it, so we are pretty pleased.”

Zemaitis said passing your dog off as a service dog or an emotional support animal when they are not can be dangerous.

State representative Kim Ferguson (R-1st Worcester) also helped in removing the vests. Ferguson is currently furthering this through a proposed Fake Service Dog bill, which would make it illegal to pass your dog off as a service dog, if it is not.