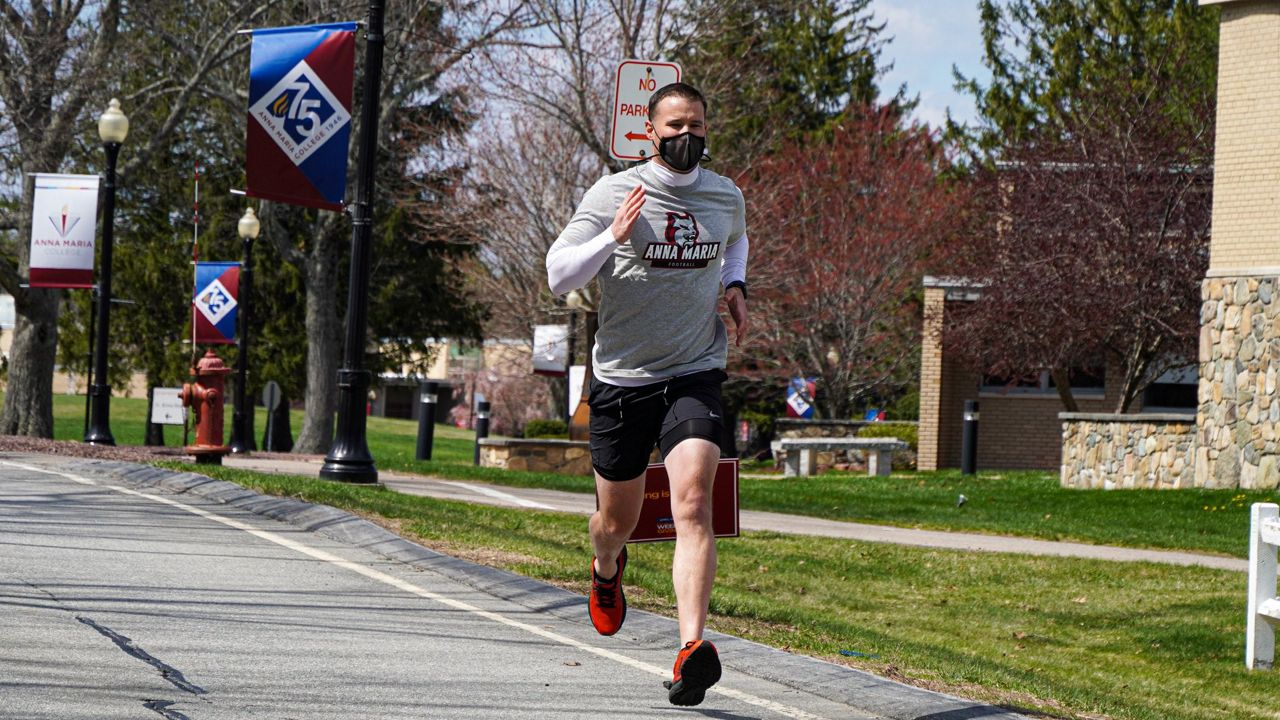 PAXTON, Mass. - Anna Maria football coach Dan Mulrooney has been putting in the road work over the last several months, logging mile after mile as he trains for the Old Colony Marathon in Westfield on May 20.

Mulrooney isn't just running to stay in shape though. The former Boston College Football standout is raising money for Abby's House in Worcester.  Abby's House helps women who have been abused or are homeless and gives them a place to live and helps them. And in many cases, their children are also helped and the family is provided a safe place with food, in addition to offering many other services to help them get back on their feet.

Our Kevin Shea spoke with the Amcats football coach about his marathon for a cause.

If you would like to make a donation to Mulrooney fundraiser and Abby's House, click the link below: