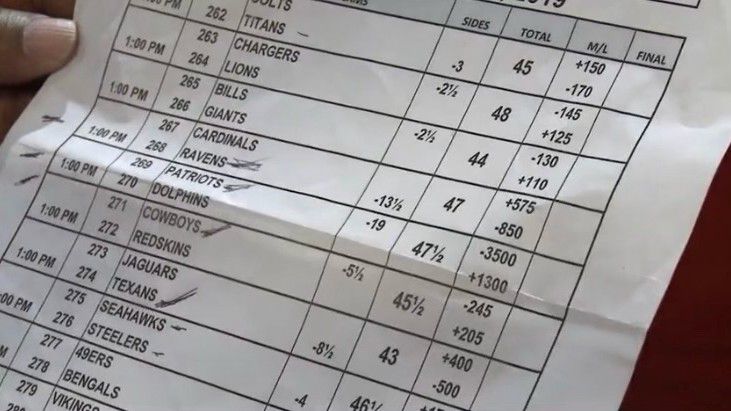 Sports betting has been a topic of conversation in Massachusetts, but is currently not legal.

"March Madness is right around the corner, so this is the perfect time to be having this conversation," said Chris Kelley, president and chief operating officer at Northeast Group for MGM Resorts.

Recent legislation would legalize sports betting in person and online in Massachusetts. Senator Eric Lesser believes his bill could help with some of the economic recovery from COVID-19 and would generate millions of dollars in tax revenue each year.

"We know in particular the sports and hospitality sector has been especially hard hit," said Sen. Lesser. "This would help bring people out and get people into bars and restaurants when it's safe and have some fun at the same time and the state would be able to collect some revenue."

Sports betting is already legal in some form in New York, New Hampshire, and Rhode Island and is moving forward in Connecticut. Kelley said sports betting is something people who visit MGM are asking for. He added along with generating tax revenue for the state, it could create jobs as well.

"We have the ability to add integrity to a process that is occurring right now illegally in the black market, and we have the opportunity to create an even playing field for the state of Massachusetts, when we consider those border states that have already moved forward as well as those illegal markets that are already in existence," he said.

When the Supreme Court decision opened the doors for states to legalize sports gambling in 2018, Professor of Economics at the College of Holy Cross, Victor Matheson, spoke up about how the rule change could affect college sports.

"The biggest con has been concerns about corruption in the markets," Matheson said.

He also said he is concerned college students could potentially fall into gambling addiction.

"They think they know more than anyone about sports, therefore it is pretty easy for them to get sucked into this world where they think they can win, but what we know about gambling is that is pretty much impossible," Matheson said.

Sen. Lesser said the bill would have strict protections for athletes and users, whistleblower protection, and a hotline to report misconduct. It was also not allow companies to target children and would not allow bets to be made with credit cards.

Division 1 athletic programs in Massachusetts, like the College of the Holy Cross and UMass Amherst, have voiced opposition to betting on college sports.