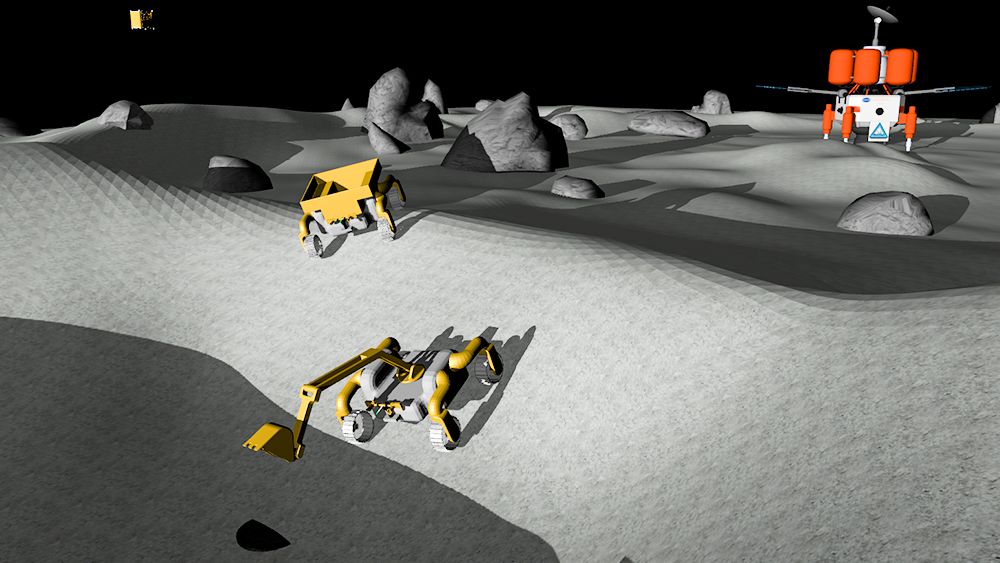 WORCESTER, Mass. - They call themselves Team Capricorn and they're one of 22 teams left in NASA's Space Robotics Challenge.

A dozen WPI Robotics students, along with their professors, have spent hours working on software for a fleet of Robots. This is what the simulation looks like.

“The goal is to find resources on the moon, dig them up and bring them to a processing plant where they can be turned into useful stuff like oxygen, iron, steel, and so on," said Michael Gennert, Professor of Robotics Engineering.

Team Capricorn is in the final round of the competition and is continuing to design algorithms which could be used on NASA robots which could go to the Moon or Mars some day.

“It’s really exciting to face multiple, difficult problems that people actually see out there and might not have been solved," said Ashay Aswale, Project manager.

“The interesting part is that this mining technology can also be useful on the earth mining is becoming increasingly more difficult on the earth so having robots that can be sent and be autonomous, and can mine without the needs to endanger the life of people is very important," said Carlo Pinciroli, Assistant Professor of Robotics Engineering.

Besides looking for resources, the team has also programed the virtual robots to do tasks like fixing satellites. So far they’ve been awarded $15,000 for their work.

“This technology, it's a great way to get students excited about a project, and get some visibility and also helped develop technologies that we hope NASA can use in the future," said Gennert​.

The competition goes until July and the winner is expected be announced in September.