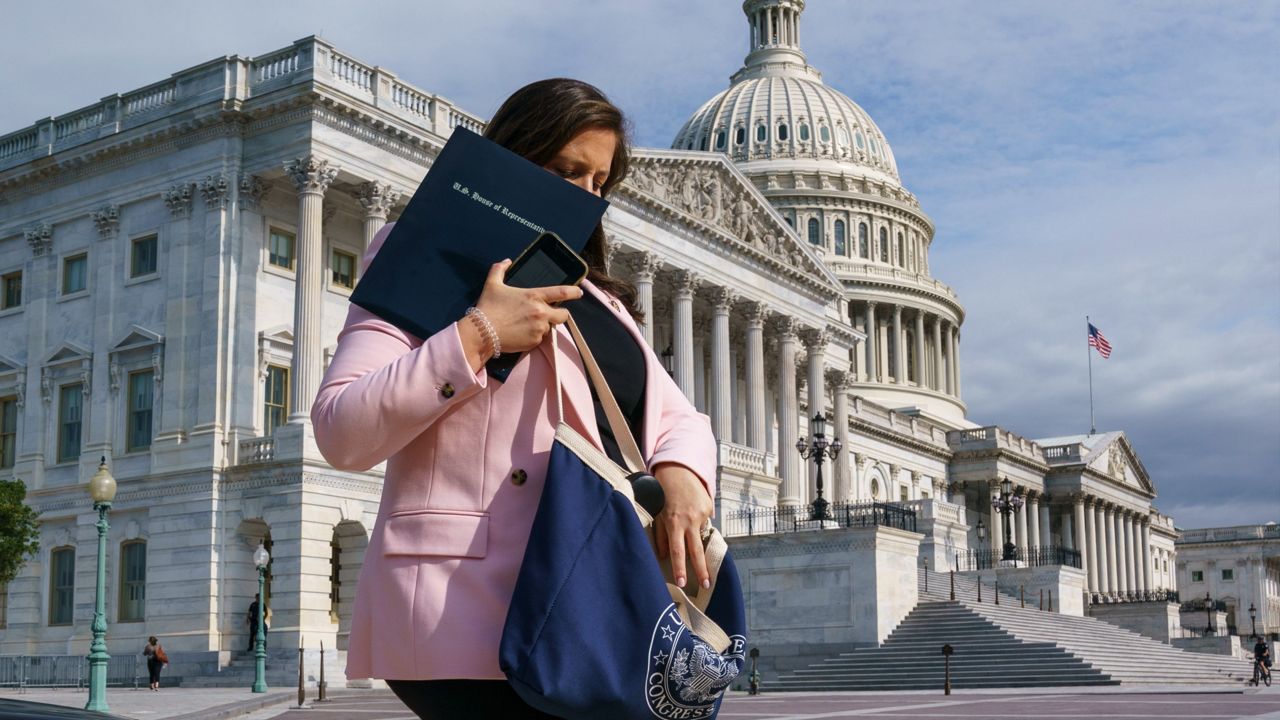 The congresswoman from the North Country is now several months on the job as the highest ranking Republican woman in the U.S. House of Representatives.

Once an occasional critic of Donald Trump, Rep. Elise Stefanik now embraces the former president without apology as she prepares to help lead her party into a pivotal election year.

“He’s going to be an important part in the midterms and I do hope he runs again,” she said in an interview with Spectrum News 1.

Stefanik entered her new role as House GOP Conference chair in May after being elected by her fellow House Republicans.

“I’ve always strived to make sure that the North Country has a seat at the highest levels on every issue,” she said of her new post.

In her leadership role, she is helping her party shape its message ahead of 2022, when voters will determine whether Democrats can hold onto their bare majority in Congress. Stefanik said the Republicans are focused on highlighting the “crises” America is facing, from immigration to inflation.

The congresswoman replaced Rep. Liz Cheney as the number three House Republican after Cheney was booted over her criticism of former President Trump and his bogus claims that he lost the election because of voter fraud.

Stefanik, by contrast, has embraced Trump. After at times criticizing Trump during the 2016 campaign, including over his comments about Gold Star families, she emerged as one of his most vocal defenders during his first impeachment. She also sided with Trump again when she voted against certifying the presidential election results in Pennsylvania.

Asked whether her embrace of Trump is opportunistic, Stefanik pushed back.

"There’s no question that he delivered unprecedented positive results to the North Country and I’m really proud of that," Stefanik said.

Ahead of 2022, New York state is in the middle of redrawing congressional district lines. Stefanik warned that Democratic leaders at the state level are trying to nullify the work of an outside panel in that process.

“It will be the first time we [have] had a bipartisan commission. That is getting blown up and I think ultimately we’re going to see significant gerrymandering by Democrats,” she said.

Stefanik indicated she will be on the ballot for the North Country come next year, regardless of how the lines are drawn.

In addition to the new role on Capitol Hill, 2021 brought yet another change for Stefanik: her first child. Samuel Manda was born in August.

“Sam is the greatest blessing in my life,” she said. “It is an adjustment, as any working mom will tell you.”