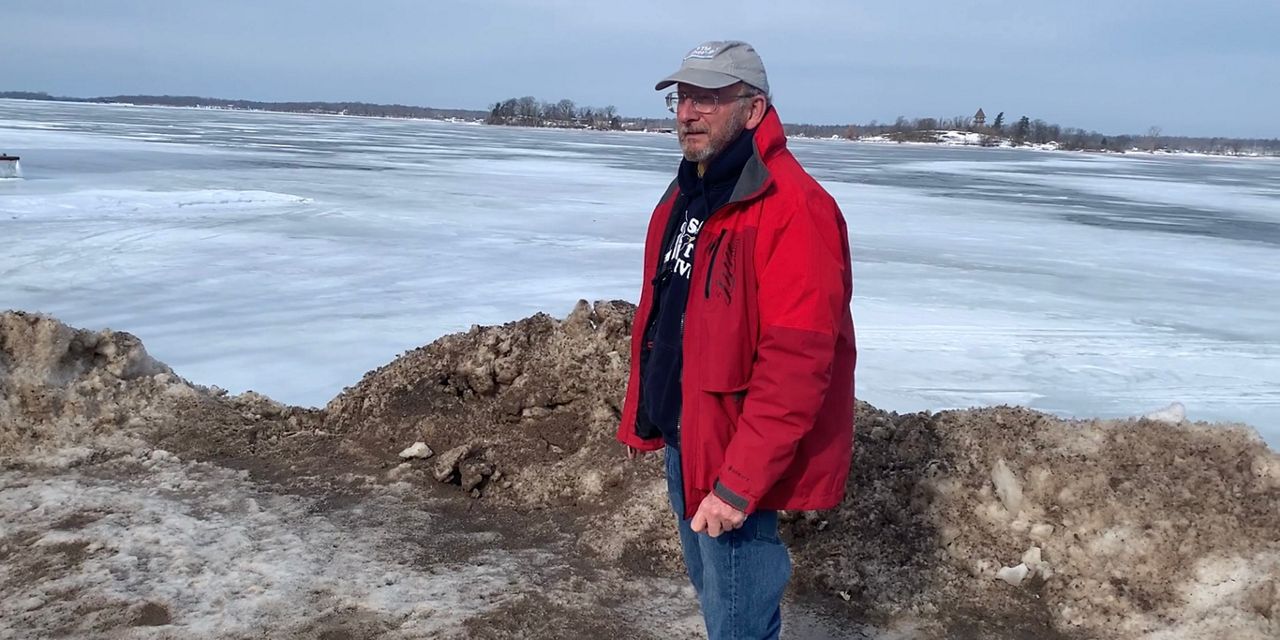 After multiple seasons of record-breaking flooding on Lake Ontario and the St. Lawrence River, a review of the outflow management plan, Plan 2014, was recently conducted.

Phase one of that review covered emergency shoreline protection, as homes and property faced immediate danger. The yet-to-be released phase two will focus more on the long-term effects, and some on the river are eager to get back into the discussion.

“The unfortunate part of Plan 2014, as you know, it went into effect in early 2017 and we had coming right at us at that point, a historic high-water year," Save the River Executive Director John Peach said. “In 2019, we had another one.”

Some say it was doomed from the start and never had a chance to be openly accepted. Others say Plan 2014, the water levels management plan for Lake Ontario and the St. Lawrence River, was just flat out the wrong choice.

Now, five years later, the debate is still ongoing as stakeholders help the International Joint Commission complete a review of the plan with what worked and what didn’t.

“A large part of phase one in putting together this public advisory group, was getting 18 of us to understand everybody else’s situation. The shoreline people, the environmental people, the recreational boaters,” Peach said.

Peach considers himself a man of many trades, but firmly in the "environmental people" camp.

As part of that advisory group the IJC is using to conduct its review, he said the first phase of that project, which was recently released, was to focus on the immediate damage to shorelines and property.

“It’s pretty hard to talk about damage to the wetlands or damage to the fisheries when you are standing in boots out on your dock. People don’t want to hear that,” Peach said.

In fact, Peach said he wears those very boots, and is satisfied the first part of that review has led to the creation of a tool for the IJC to quickly gather real-time information on flooding and make necessary deviation decisions.

“Phase one was really set up to see if there was anything that could be done on almost an emergency basis because of the extreme high-water year,” he added.

But make no mistake, it is phase two he’s most invested in. It’s the phase that will take a longer term look at weather events, climate change and how continued deviations to water levels could negatively impact the ecosystem and overall health of the waterways.

“I think with climate change and the variability with the storms that are coming on, we’re going to see more years of high water then low water. We’re going to have to start to adapt to it,” Peach said.

Peach said there may not be a more important natural resource in our region and in order for us to live, work and play on it, it must be healthy. The results of the phase two review will be released later this year.