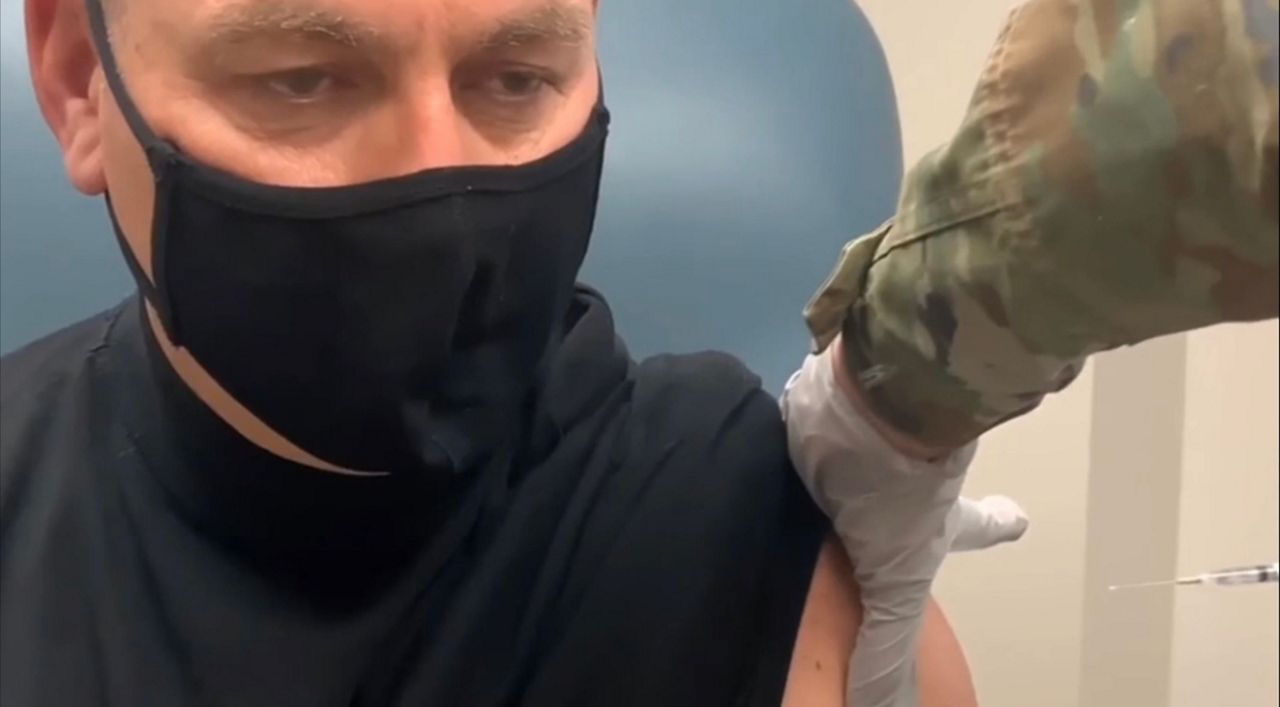 The Army has begun the process of honorably discharging soldiers who have declined to receive COVID-19 vaccinations.

It’s something that will have an impact here on Fort Drum, but 10th Mountain Division officials say it will not prevent soldiers from being ready for whatever is next.

“When you look at our vaccination rates and look at how our booster rates are increasing, internally everyone gets it,” Fort Drum Commanding General Major General Milford Beagle said.

At a time when the response to this pandemic lately has been polarizing, Fort Drum Commanding General Major General Milford Beagle says his soldiers, the 10th Mountain Division, have stayed true to the oath they all took when they enlisted.

“They joined this team to serve our nation and to be ready for our nation. That, being a requirement of it, you can see where a lot of the political aspect of it has just been turned down because the results and outcomes have been really good,” the general added.

Army leadership says it has been that way Army-wide, with 96% of active troops are completely vaccinated.

Now it’s also important to note that the Army requires it as part of its mission to ensure everyone is ready for whatever they are called upon to do next.

“We talk about deploying soldiers and making sure they’re ready, that is bread and butter for us in regards to being able to project power and make sure soldiers are ready," said Beagle.

“It’s not for us to isolate or alienate those soldiers. It’s a choice they made given a direct order we received. We treat them with dignity and respect like all others,” Beagle said.

However, what it does mean is that they can no longer serve in the Army. Earlier this month, the Army began the process of honorably discharging soldiers who chose not to get vaccinated, while also forfeiting involuntary separation pay.

The impact may seem and be minimal on Fort Drum.

But it is an impact that will be felt.

“Now someone has to take on an additional load. Somebody has to an additional job to make up for that loss of one, two or even more people,” he added.

Beagle credits Fort Drum’s success throughout COVID-19 in part to it’s relationship with the North Country community. When you work together he says, the mission becomes that much easier to accomplish.

As for any changes to COVID restrictions on Fort Drum, General Beagle says Drum adjusts as the Department of Defense advises, but he does look forward to the day things get somewhat back to normal.