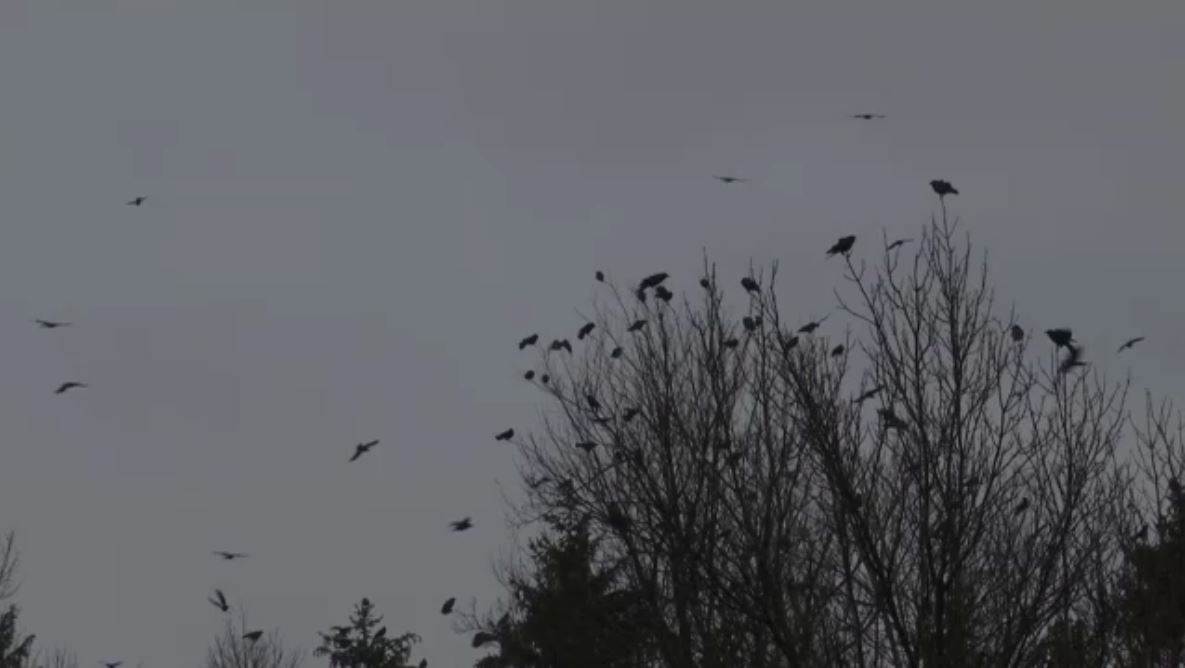 What happens during crow hazing?

SPECTRUM NEWS VIDEO: Crows are increasingly becoming an issue in Watertown. The birds continue to swarm the city in large numbers this winter. Contractors tried used hazing tactics on Monday and Tuesday evenings. Devices like lasers and air rifles were used to scare the crows away from city neighborhoods. Officials warned residents about loud noises like fireworks in efforts to remove the crows. The city is asking residents to call 1-800-243-1462, extension 1, to report crow activities.