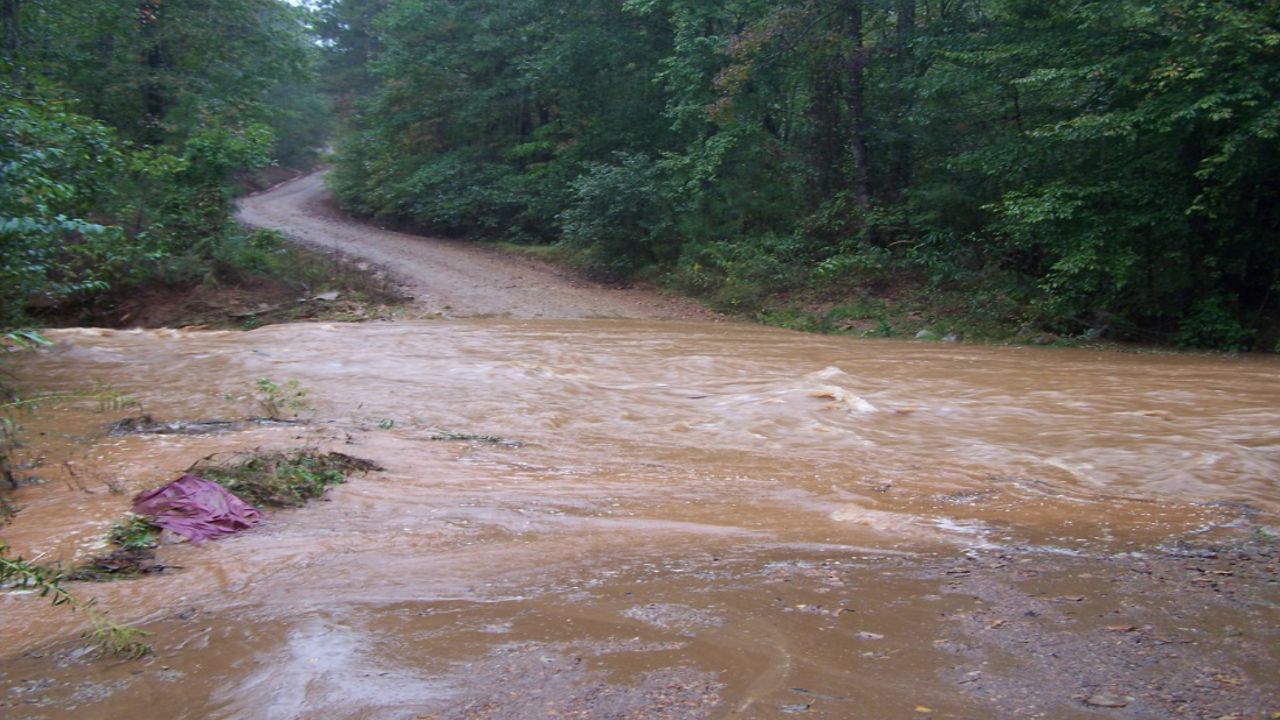 Flooding is the number one weather-related cause of death in Texas, and you can partially blame our state's geography and terrain for it.

Austin lies in the heart of 'flash flood alley', where there is a higher potential for flooding than in any other region of the U.S. Central Texas has rocky, clay-rich soil and steep terrain that makes this area uniquely vulnerable to major flooding.

Our geographical location also makes us susceptible because we can have major storms coming from the Pacific Ocean and Gulf of Mexico, and strong frontal boundaries coming in from the Great Plains. It is a trifecta for Central Texas and sometimes the rain falls too fast for the soil to absorb it all, so it runs into the nearest stream.

We are in the middle of 'flash flood alley,' so it is not surprising that we have recorded over 500 flash flood events in the last 10 years!

In fact, we have had three 100-year floods in Central Texas alone. A 100-year flood is a rain event that has a 1% chance of occurring in a single year.

I have lived in Texas for 10 years and have forecast each of the major flooding events.

A long - and recent - history of central Texas flash floods

The first one was the Halloween Flood of 2013, where 9-10” of rain fell across Hays and Travis Counties in Central Texas, and that caused Onion Creek to rise its highest levels since 1921.

That led to impacts to 825 homes, 40 road closures and worst of all, four fatalities.

The second one was the Memorial Weekend Flood of 2015. We measured up 10–13” rain in southern Blanco County and that caused a devastating rise in the Blanco River.

This also caused many dams to open along the Highland Lakes System that flooded areas downstream. The amount of debris and slit in the water caused some major issues to the city of Austin's drinking water, because after this event, we had to boil water for a week.

Most flood deaths occur in cars and out on the roads. One foot of water can float a vehicle and two feet of rushing water can carry most cars, including SUVs, away.