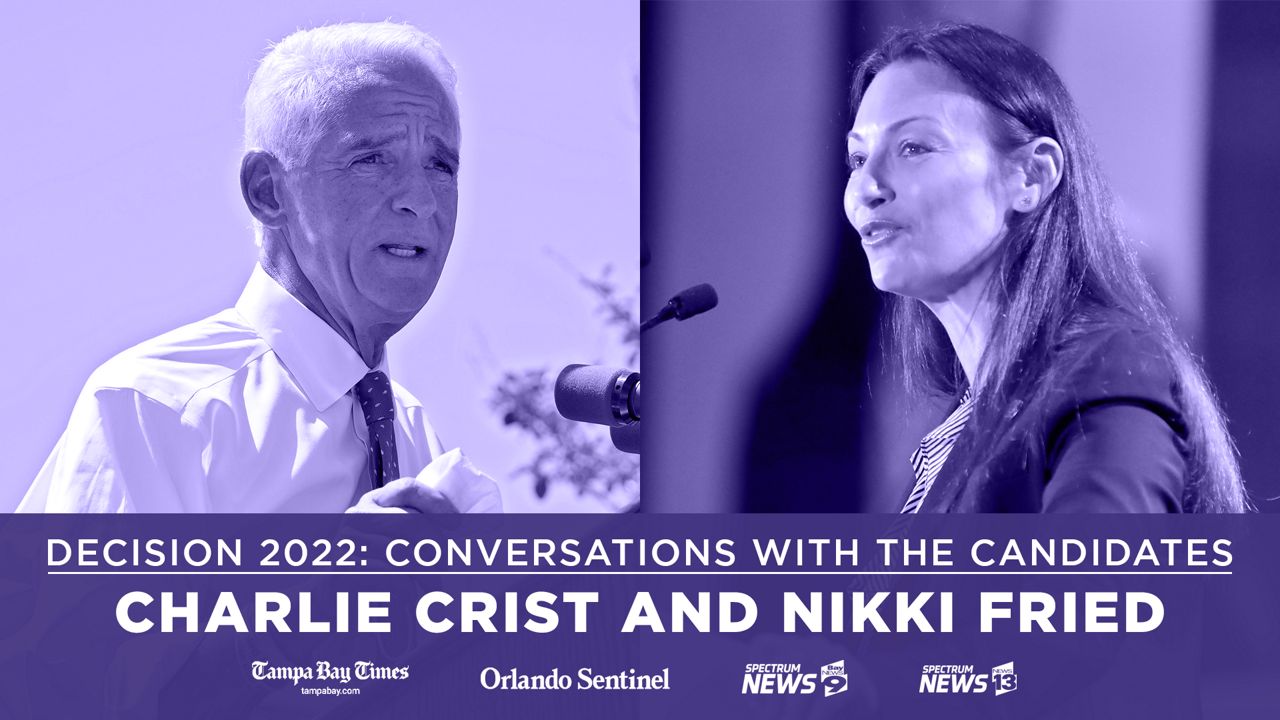 Conversations with the Candidates: Charlie Crist and Nikki Fried

They share a common mission — removing Ron DeSantis from the Florida Governor's Mansion — but don't agree on who's best to take on the task in November.

Agriculture Commissioner Nikki Fried, Florida's only statewide elected Democrat, has repeatedly gone after the governor over his policies and personality.

Democratic Congressman Charlie Crist, a former Republican governor, points to his decades of public service in Florida as the requisite for his run.

Both candidates sat down with Spectrum News, Orlando Sentinel and Tampa Bay Times to discuss the issues facing our state and our country. 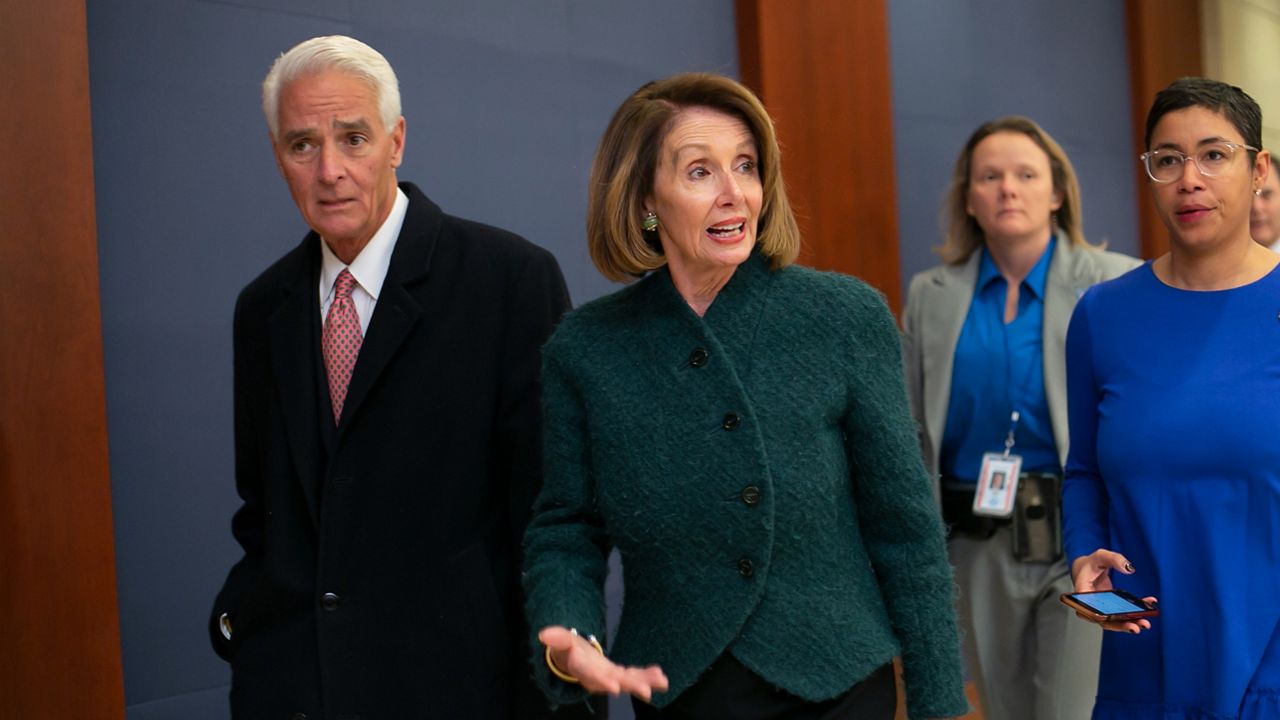 A sitting member of Congress. A Democrat. A former Republican Governor and former independent candidate for the U.S. Senate.

Across offices, Charlie Crist has served the people of Florida for decades and maintains his core principles haven't changed with his party affiliation. His campaign website points to his vote against "anti-choice legislation in the 1990’s as a State Senator, and vetoing a restrictive measure as Governor."

Crist's top priorities include "Five steps he would immediately take to make it easier to vote," creating an Office for New Floridians and tackling the rising costs of housing, insurance and utilities.

"The governor called for a special session (on property insurance), and it was special. In essence, what they did was make it harder for consumers to be able to sue the insurance company for damages from a storm or whatever it might have been," Crist said.

Some people might feel bad if we teach the truth to our kids about some of American History. Well, what are we supposed to do, have the head in the sand approach to schools?

On the environment, Crist proposes a “million solar roofs plan” to further incentivize the expansion of solar power to more Florida homes and businesses. 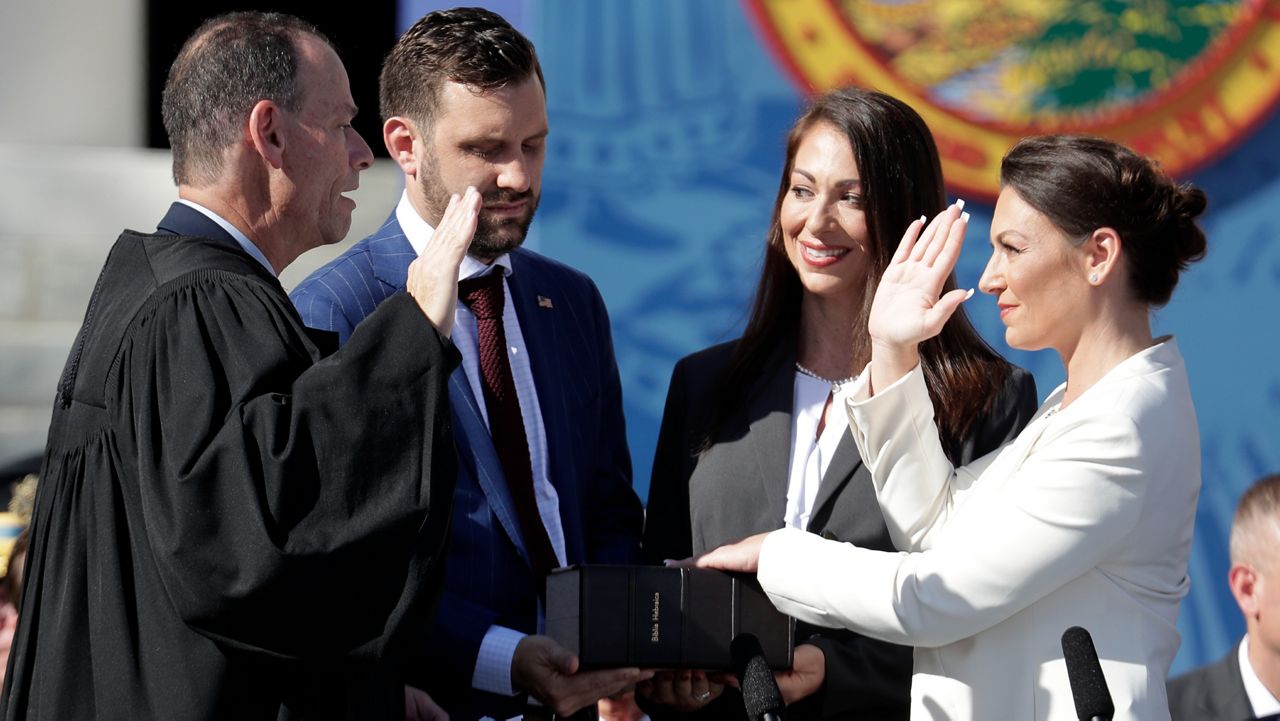 Nikki Fried is sworn in as Florida Commissioner of Agriculture by Judge Kevin Emas on Jan. 8, 2019 in Tallahassee. (Lynne Sladky/AP)

A private attorney-turned public defender who began her path into politics as a government affairs advocate for the marijuana industry, Agriculture and Consumer Services Commissioner Nikki Fried describes herself as a "fresh voice in Tallahassee."

And, as the only Democrat elected to statewide office in 2018, she has often been the voice of opposition. Her Twitter posts routinely feature sharp critiques of Florida's Republican governor.

Fried says "Florida’s thriving economy has become disconnected from the individuals it is meant to serve."

On policy, she says she'll "declare a housing state of emergency" and "fight to repeal the state law that prohibits local governments from imposing rent control."

Her plan for handling health care features the expansion of Medicaid, developing retention programs for health care workers and broadening access to telehealth.

"We’ve got to legalize cannabis. That is another way to bring in good clean jobs.," she said. "We’ve seen already with the legalization of hemp, that’s already brought in 15,000 plus jobs which have led to better paying jobs in our state."