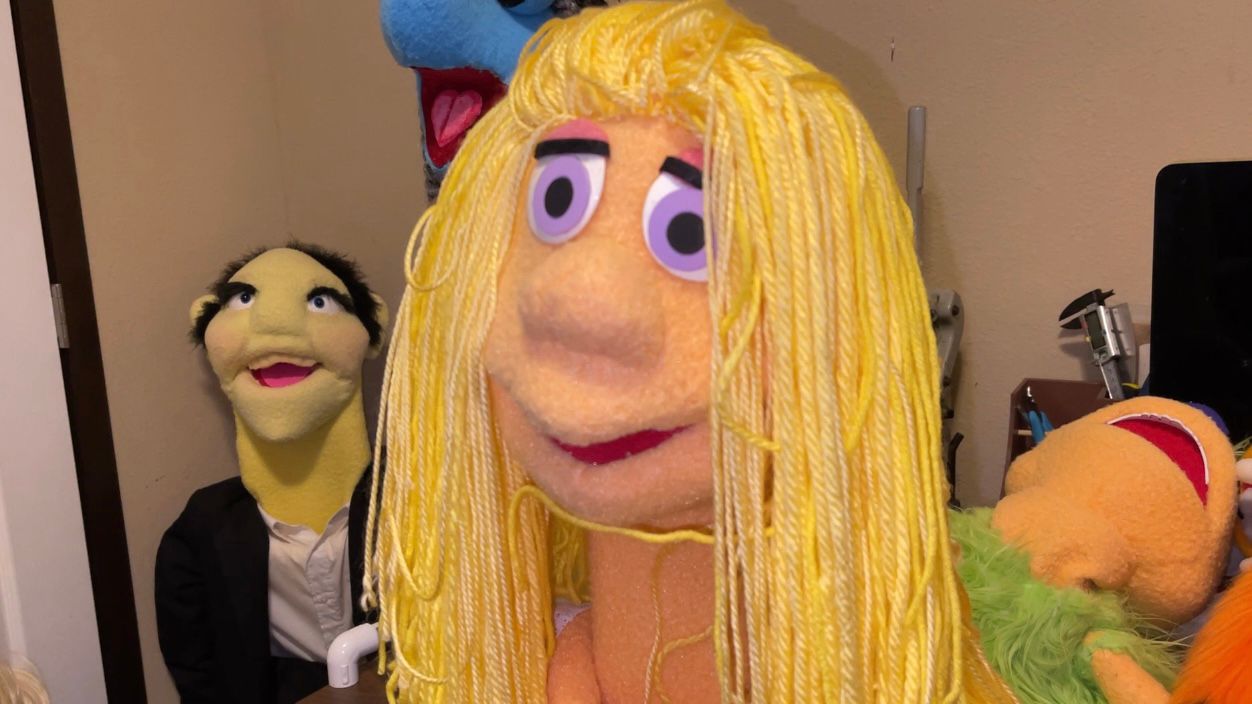 One of the puppets in Charles Prouty's collection. (Spectrum News 1/Todd Boatwright)

SAN MARCOS, Texas — Charles Prouty knows all about ventriloquism. His ventriloquist dummy, Dante, is a culmination of a childhood dream.

"It blew my mind away. I just freaked out," said Prouty.

He's referring to the time he saw a ventriloquist on the 1970s sitcom, "Soap."

"I was just freaking out wanting a puppet," said Prouty.

These days Prouty makes puppets. His studio is filled with all kinds of piles of fur and fleece.

"I started performing with a puppet troupe, kind of like a summer kids program, and we used to travel around Chicago doing different festivals and stuff like that. It was a lot of fun," said Prouty.

When he got older Prouty would enter the workforce. Years later he had a career change. He also found he was depressed. A friend gave him some advice.

"'Go build something! Go make something!' I though I'd try building puppets and I've been doing it ever since. I don't know if it gives me time to reflect on stuff while I'm in here or whatever it is, it works!" exclaimed Prouty.

He says he's happiest when he sees his puppets come to life on stage.

"Especially when you get a big-name ventriloquist using something you made like in a Las Vegas show or something. You're like, 'Wow that's cool. I made that!'"

Although Prouty gets paid for his puppets, he hasn't given up his day job yet. He's not slowing down, either. If there's some foam and some fleece, you'll find Prouty in his studio perfecting his puppets.