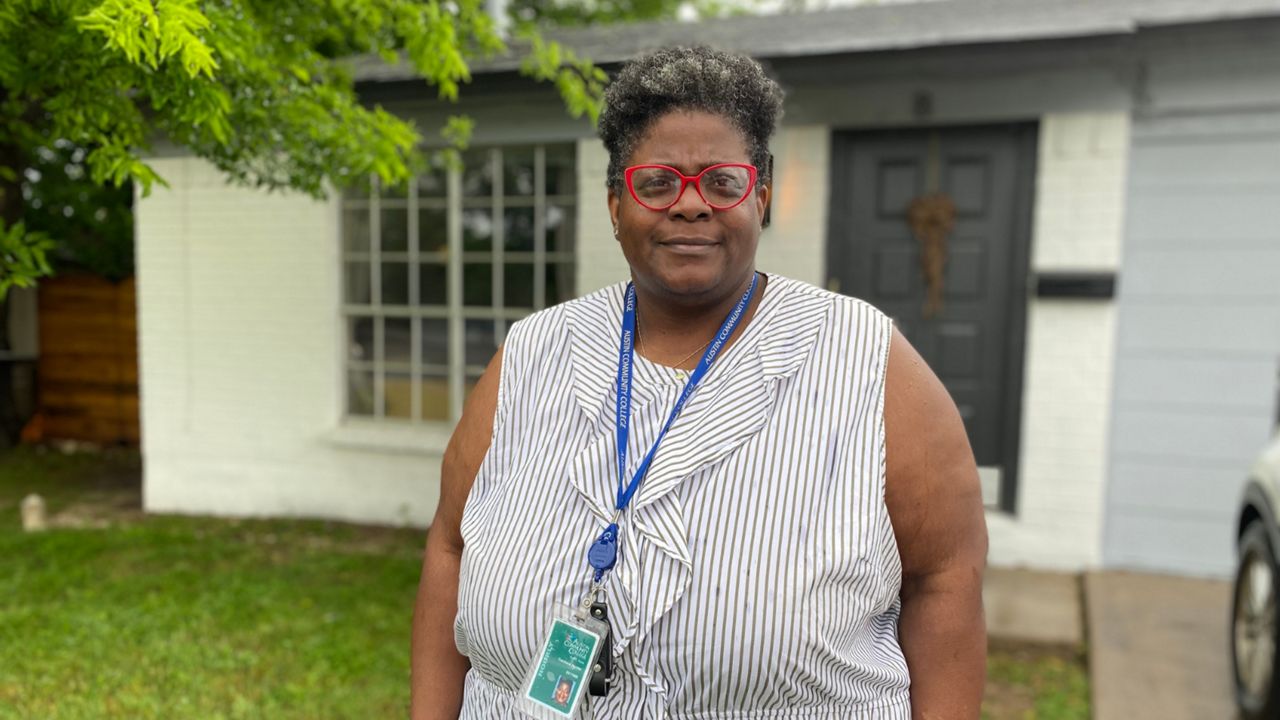 AUSTIN, Texas — Texas is one of the worst states for affordable housing. That’s from the National Low Income Housing Coalition 2021 study.

“The Gap Report” shows Texas as one of seven states in the red.

A map showing which states have the most affordable housing in the U.S.

Texas has consistently landed at the bottom of this list, year after year. The annual report looks at how many affordable homes there are for every low-income family.

In Texas, for every 100 extremely low-income (ELI) renters, there are only 29 available and affordable rental homes. The national average is 36 units per ELI. And that gap is even wider in some of Texas’ major cities.

Austin, Dallas and Houston made the top ten worst U.S. metro cities for affordable housing. Houston ranked fourth with only 19 rentals per 100 ELI, Dallas came in sixth with 20 units, and Austin ranked 10th with 22.

Candace Hunter’s rent for her three-bedroom apartment in Austin went up $400 this year, but the mother of two is thankful she has a place to live.

Hunter and her husband make roughly $47,500 a year combined. Their rent is $1,250 not including utilities. That’s about 32% of their income.

The Texas Department of Housing and Community Affairs defines “affordable housing” as no more than 30% of a renter’s income. However, Hunter says her apartment is about as affordable as it gets in Austin.

“I’m not sure there’s any affordable housing left in Austin,” she said.

Texas Housers senior researcher Ben Martin says the study found most low-income renters are actively working, elderly or disabled. Among ELI renters, 37% are in the labor force, 27% are seniors and 19% include a person with a disability. 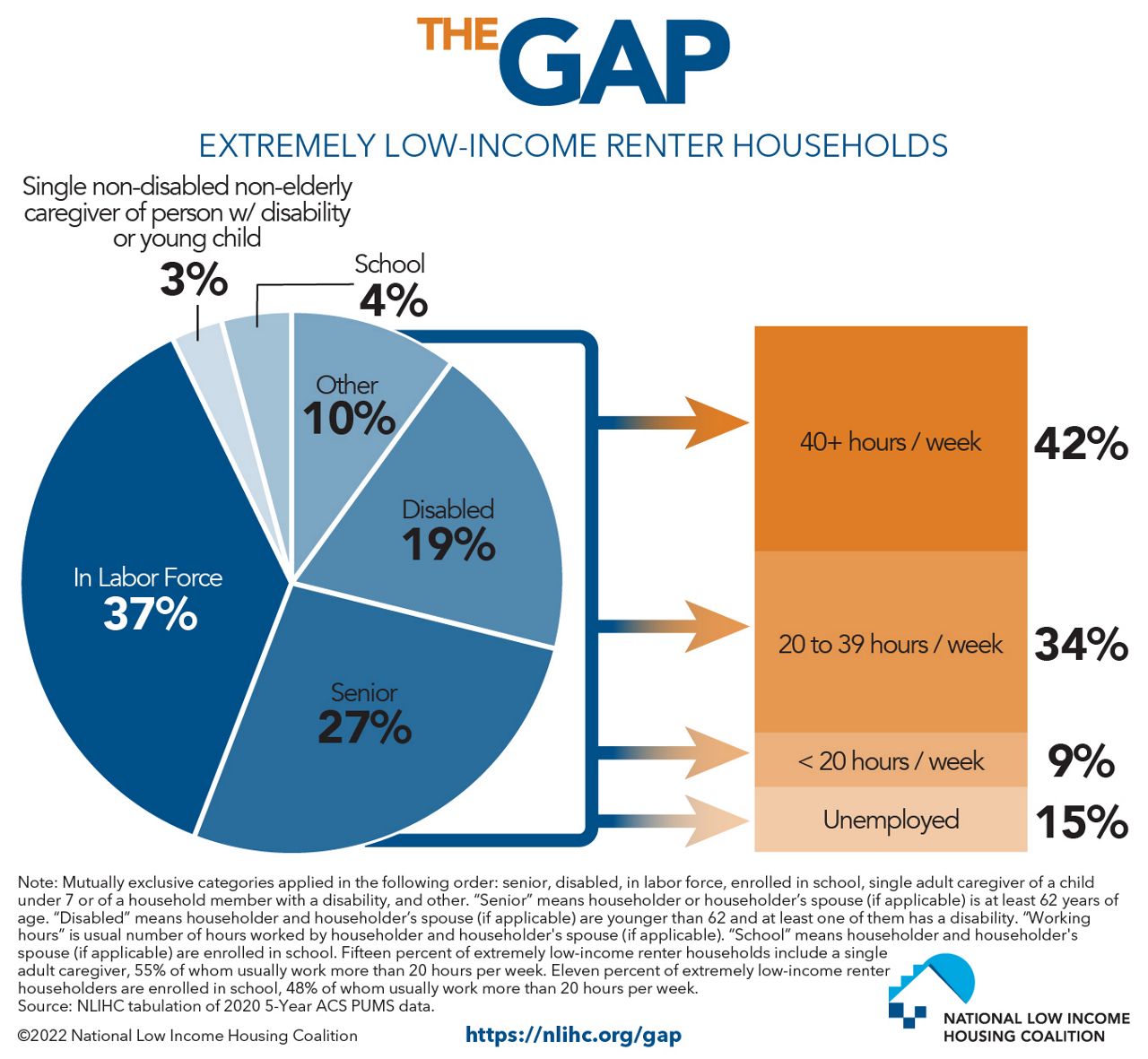 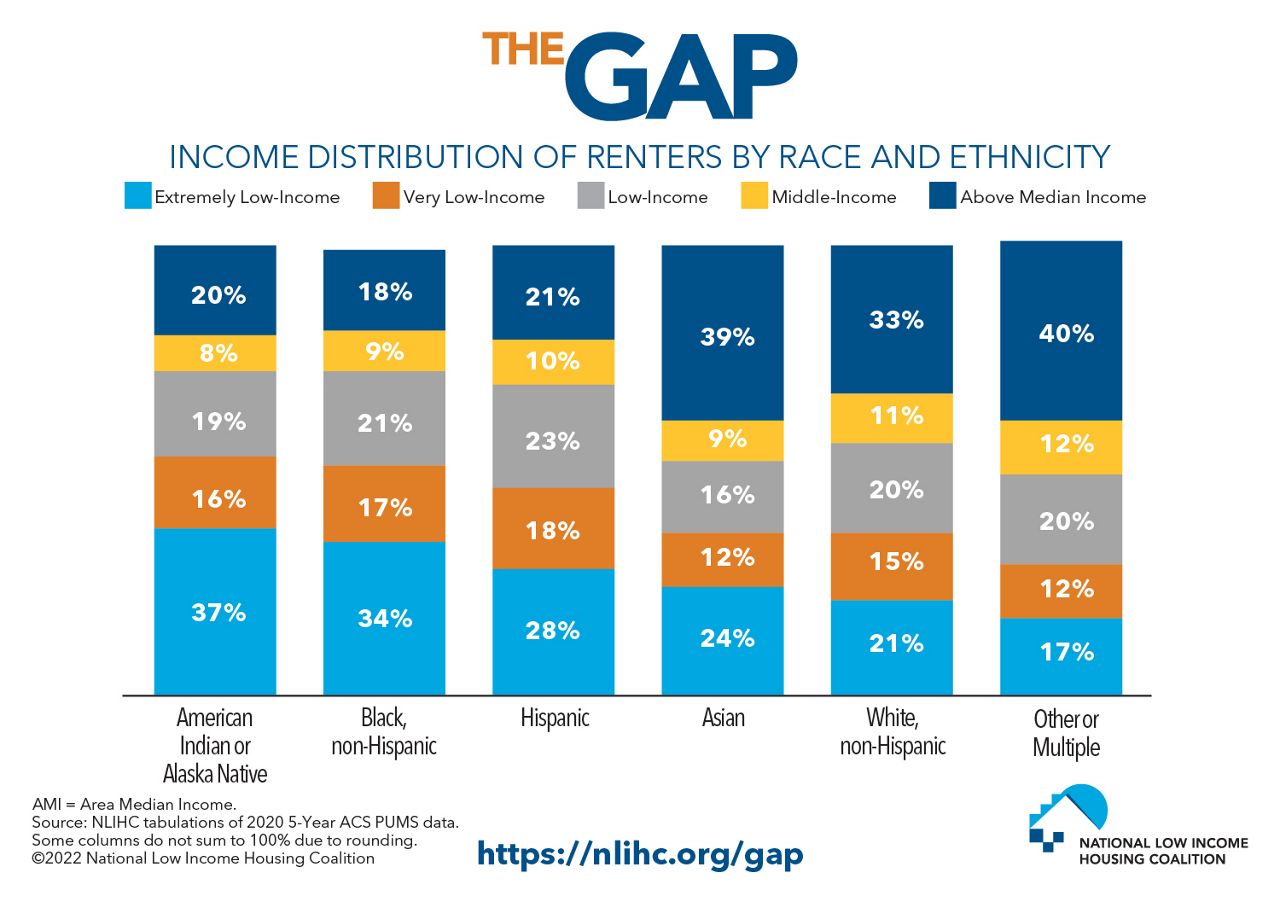 A table comparing race and ethnicity of renters.

“This report just shows starkly how much we need to orient subsidy for income-restricted housing,” Martin said.

As of March 2022, The Gap Report shows 41% of renters are still behind on rent. Half of them are still waiting for emergency rental assistance.

Texas is one of six state programs that have run out or may run out of ERA funding by the end of April. Funding for HUD programs has been dropping since 2010.

Martin says there’s just not enough money being devoted to housing, but it’s there.

“If we believe that housing is a human right, then we need to take action at every level of government,” he said.

There’s also an issue with livable income. Texas hasn’t changed its minimum wage since it adopted the federal minimum wage in 2009.

Together, Hunter and her husband have five degrees. She works part time as an educator and he’s a full-time government employee, yet they still have to cut costs to afford a home.

“We make too much money to qualify for assistance, but we don’t make enough money to survive without assistance,” Hunter said.

So spending more on housing means cutting costs everywhere else.

“If a kid gets sick, someone breaks their arm, my tire goes out, we are thrown into a whirlwind,” she said.

The Gap Report states, “The shortage can only be addressed through sufficiently long-term federal investments in affordable housing programs designed to serve households with the greatest needs.”

Some of the long-term solutions recommended in the report are using tools like the housing trust fund and the housing choice voucher, implementing a permanent emergency assistance fund and increasing funding for public housing stock.