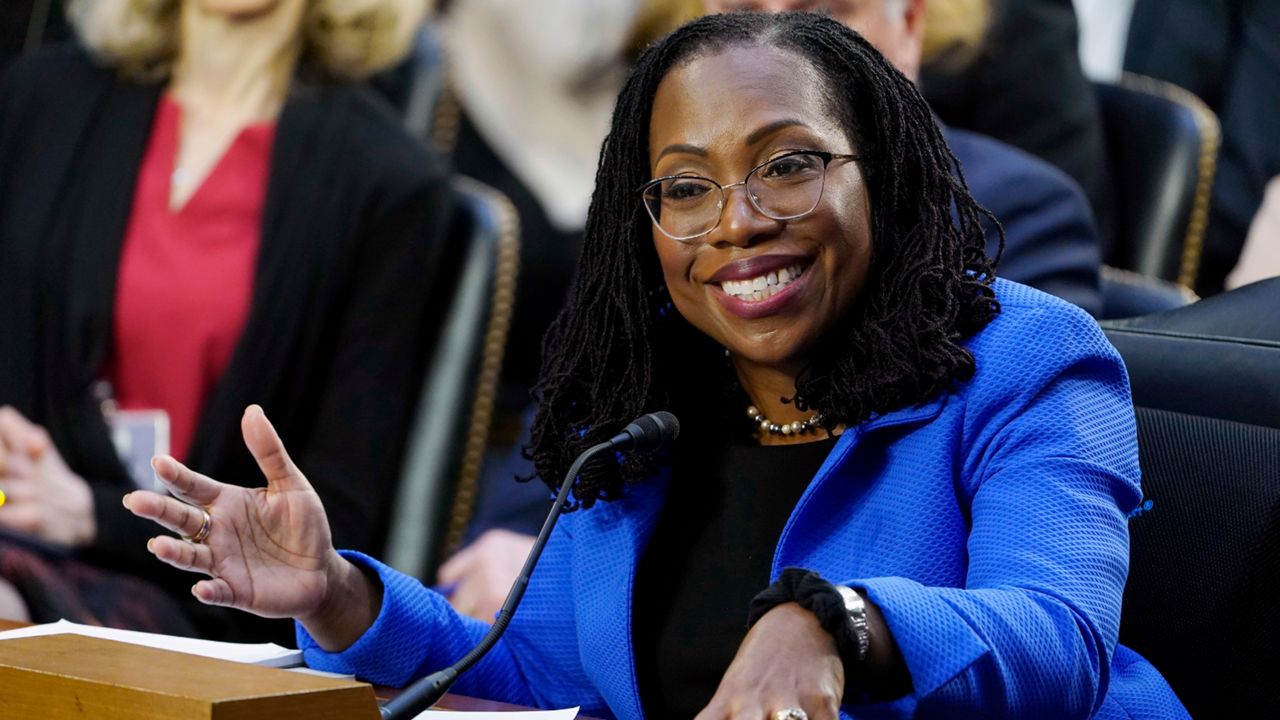 Sen. Ted Cruz and Sen. Dick Durbin, the Judiciary Committee chairman, sparred about the amount of time Cruz spent grilling Jackson on the prison sentences she imposed in past child pornography cases.

Chairman Dick Durbin and Sen. Cruz spent the last moments of his time arguing, Durbin hit the gavel. At one point Cruz said, "if you want to join her on the bench you can." Durbin said "At some point you have to follow the rules." pic.twitter.com/e4HnaCNUKQ

“Why do you not want the American people to know what happened?” Cruz shouted over Durbin, dissatisfied with Jackson’s answers on the matter.

“If you want to testify you’re welcome to,” Cruz said to Durbin. The junior senator from Texas later told him he could bang the gavel “as loud as you want.”

Durbin responded, “At some point you have to follow the rules.”

Cruz again hauled out a chart, pressing Jackson on prison terms that were shorter than what some prosecutors wanted.

Jackson called them “horrible crimes” and said “as a mother” she takes every case seriously. She said she considered a range of factors, including but not limited to all the arguments — Congress’ directive and the governments’ recommendations, as sentencing guidelines require.

“I’ve said what I’m going to say about these cases. No one case can stand in for a judge’s entire record,” she later added.

Independent fact-checkers have determined the sentences Jackson issued in these cases were generally consistent with other federal judges. The questioning by Cruz was part of an effort by Republicans to paint Jackson, and by extension President Joe Biden and Democrats, as crime-lenient and on the wrong side of the culture wars.

Njeri Mathis Rutledge, professor of law at South Texas College of Law Houston, noted that none of the senators were able to say Jackson did not follow the law.

“She clearly followed the law. She clearly followed what Congress has intended,” Rutledge said. “What the real disagreement with is whether or not they feel she was too lenient. The truth of the matter is that is what judicial discretion is all about, making those tough calls based on all the facts and circumstances.”

Following up to his war criminal questioning yesterday, Sen. @JohnCornyn asks Judge Jackson "When you accuse somebody of a crime, are you calling them a criminal?" Jackson says she hasn't accused anybody of a crime, and later adds it depends on context and circumstances. pic.twitter.com/HzsdsDii8p

“If you accuse someone of a crime, are you accusing them of being a criminal?” Cornyn said.

That allegation involves Jackson’s work as a public defender in 2005 for terrorism suspects.

Durbin said “these charges don’t hold up.” He cited fact-checkers who found she was one of several defense attorneys who signed legal papers accusing the U.S. government of committing torture, which is a war crime.

“I’m not aware of any ranking or grading of precedents. All precedents of the Supreme Court are entitled to respect on an equal basis,” Jackson said.

On Cornyn’s line of questioning as it relates to precedent, Rutledge said she believes he was signaling outcomes he hopes comes from the Supreme Court, including a scaling back of Roe v. Wade, the landmark decision that upheld abortion rights.

“We don’t have a real sense for what (Jackson’s), quote-unquote, judicial philosophy is, but she did give us some insight into her judicial methodology. He was trying to get a sense for where she stands on those cases,” Rutledge said. “When he asked her about super precedents, I think he was trying to get at how much of an activist judge are you going to be, if at all?”

Cornyn and Cruz voted against Jackson when Biden nominated her to serve on the circuit court of appeals. Their arguments are unlikely to affect the chances of Democrats confirming Jackson, which they hope to do by early April.