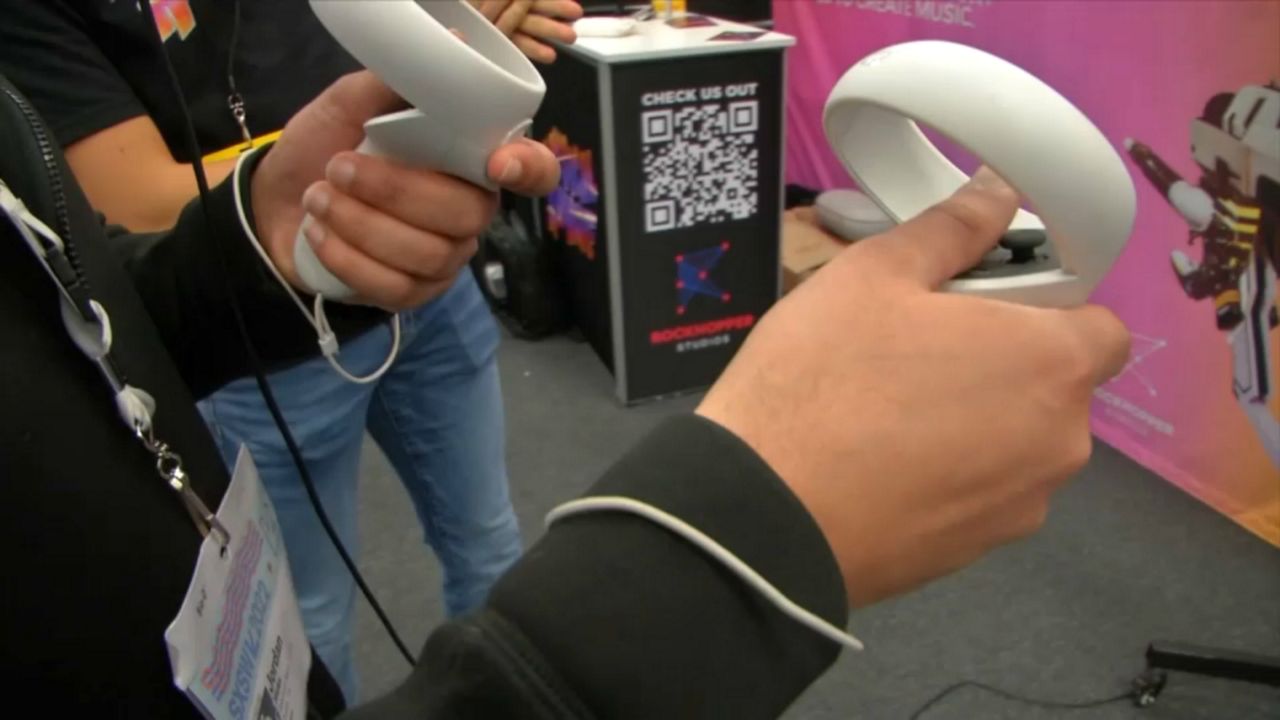 AUSTIN, Texas — The SXSW Creative Industries Expo brought together some of the hottest tech innovators from around the world under one roof.

Reporter Jordan Hicks took a tour of the Austin Convention Center Sunday to take a look at what the expo had to offer. He started with a booth on Realms of Ethernity, a new massive multiplayer roleplaying game on the metaverse developed by Blue Monster Games. Developers of the game described it as a meta-metaverse, allowing it to incorporate games from other developers into Ethernity’s massive open world.

“We are trying to create a triple-A quality MMORPG experience,” a spokesperson said.

Also featured was Proto, a company working on technology that will allow users to beam into meetings as a hologram. The product took home SXSW’s Innovation Award for Connecting People.

Representing the music category was Joué Music Instruments. Its product gives people creating music a quick way to get started with an instrument that’s easy to use. Different interchangeable rubber pads shaped as instruments like a piano, the strings of a guitar, and a drum board all fit onto a single Joué music board. That board connects to a laptop with software that turns the user’s personal computer into a home studio.

“It’s for people who want to start making music, but have no idea what to do,” a Joué spokesperson said.

You can visit SXSW.com for more info on these companies and a look at other innovators that presented at the Creative Industries Expo.