As the Ukrainian people continue to fight off an invasion, Russians living in America are showing their outspoken remarks against President Vladimir Putin. The owner of the Russian Banya of Dallas, Mikhail Uspenski, shared video on social media of him spray painting lines over a picture of the Moscow Kremlin inside his establishment. Uspenski said he wanted to show his friends, family, and strangers that Russians are speaking out against their government’s war in Ukraine.

Uspenski still has family in Russia, and said his son, who is partially Ukrainian, is at risk of being drafted by the Russian Army.

“I cannot imagine how he feels inside,” said Uspenski. 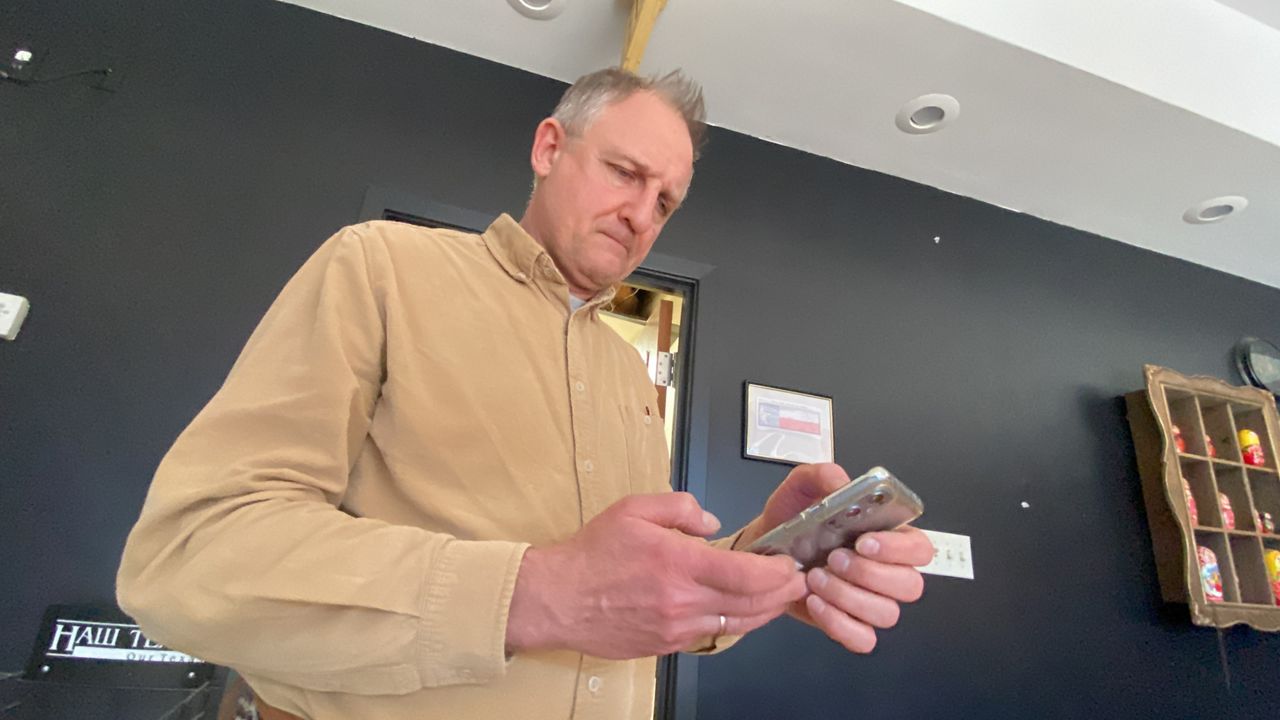 Mikhail Uspenski checks on his family and friends in Russia. (Spectrum News/Chris Grisby)

Uspenski fled from the Kremlin’s authority four years ago, after attempting to take political action against the pro-Putin party. He said before relocating to America; he tried to warn U.S. government officials about the dangers of the Kremlin.

“This man had to be stopped years ago,” said Uspenski. “Nobody heard, nobody understood.”

At the River of Life church in Dallas, Pastor Leo Regheta weaved together a message of unity to his international congregation of both Ukrainians and Russians.

“I think it was a challenging message, but it needed to be challenging,” said Regheta.

He said the special Sunday service was a message about standing up against evil and uniting rather than fighting. It’s something both he and Uspenski want to see.

“We need to have that peace, that shalom, that passes all understanding and continue looking up to the heaven from where our help comes from,” said Regheta.

The congregation at the River of Life church is actively sending financial support and aid to Ukraine. If you would like to learn more, you can visit their website.