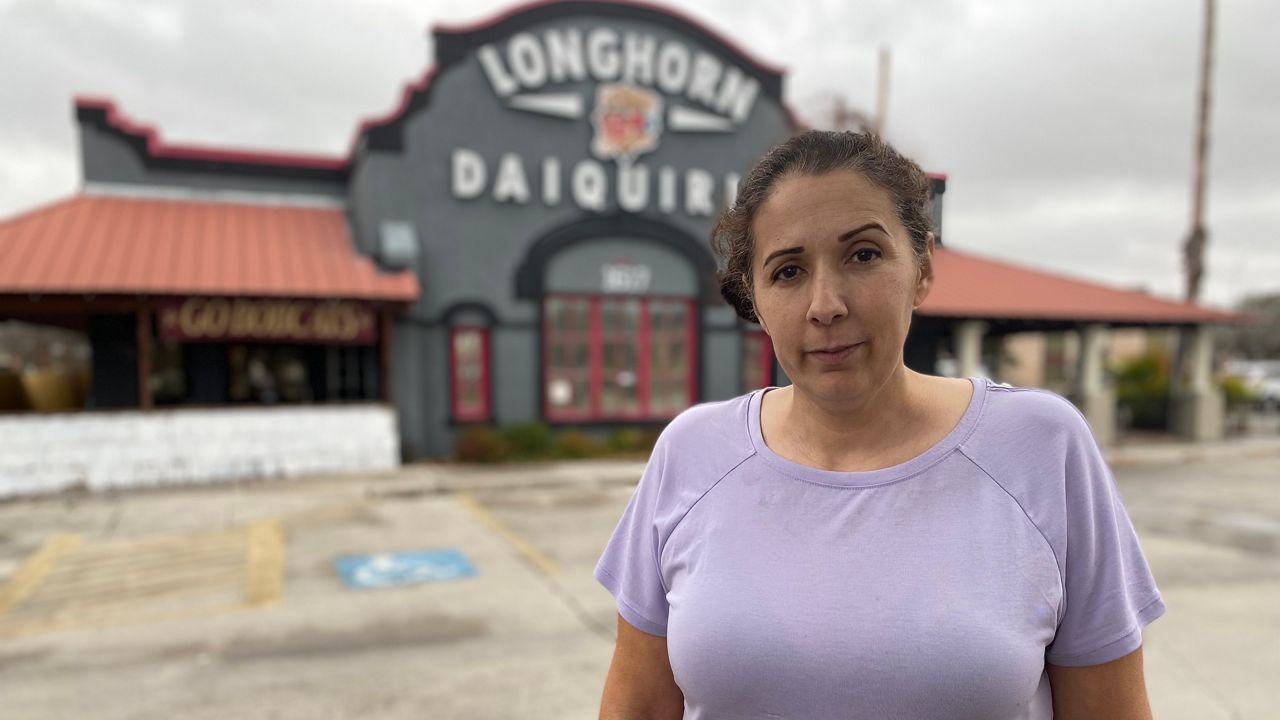 SAN MARCOS, Texas — Many Texans are still feeling the effects of last year’s deadly freeze. The recovery is long from over for those who suffered economic loss from the winter storm.


State economic data shows the loss from the winter storm was more than $10 billion. But those numbers don’t account for the money and time lost from closing down or rebuilding.

The winter storm left quite the mark on Andrea Villescaz’s restaurant — literally.

“The whole lobby was cracked in half,” she said.

A year later you can see cracks in the walls and the floors, broken tiles and fences and tree stumps and bare trunks.

“A lot of the palm trees froze and died,” she said.

It looks more like damage from an earthquake than a freeze. And then there’s the damage you can’t see.

“It makes you not, not be able to sleep right thinking about it,” she said.

The owner of Longhorn Daiquiris opened the second location in San Marcos a month before Texas froze over.

“We lost all the food in the kitchen, so wings, fish, shrimp,” she said.

Villescaz had to close down for more than two months to make repairs. She estimates it cost about $20,000 to rebuild and around $60,000 in lost revenue.

“I feel like all this time later, like we’re barely getting back on our feet,” she said.

The Texas Department of Insurance report on insured losses from the storm shows there were 49,586 commercial claims totaling $4.1 billion.

From February to July of 2021, the average paid losses for commercial property claims was $119,500 and $56,100 for business interruption claims.

University of Houston energy fellow Edward Hirs is well versed on these numbers. He studies energy economics and its impacts on business.

“Small businesses, you know, have a tendency not to get as much insurance as necessary,” he said.

Villescaz’s landlord’s insurance covered some of the cost, but her insurance didn’t cover winter storm damages.

In the TDI report, commercial claims for property damage and business interruptions had the largest percentage of open cases and cases closed without payment.

A Texas Department of Insurance spokesperson says commercial property claims tend to be more complex, take longer to settle and will have a higher percentage open than residential claims.

Hirs says insurance companies have been pushing back on winter storm claims, making it an even harder and longer process than it already did.

“Doing battle with an insurance company, doing battle with contractors,” he said. “Every minute spent doing that is a minute not making revenues at your normal business.”

And it doesn’t seem to be getting better. The average claim amount increased every month from $35,700 in February to $126,900 in July.

In Hays County, where Villescaz’s restaurant is located, 42.6% of insurance claims were closed without payment. Thus, business owners like her aren’t out of the storm just yet, but she’s thankful she still has a business to fight for.