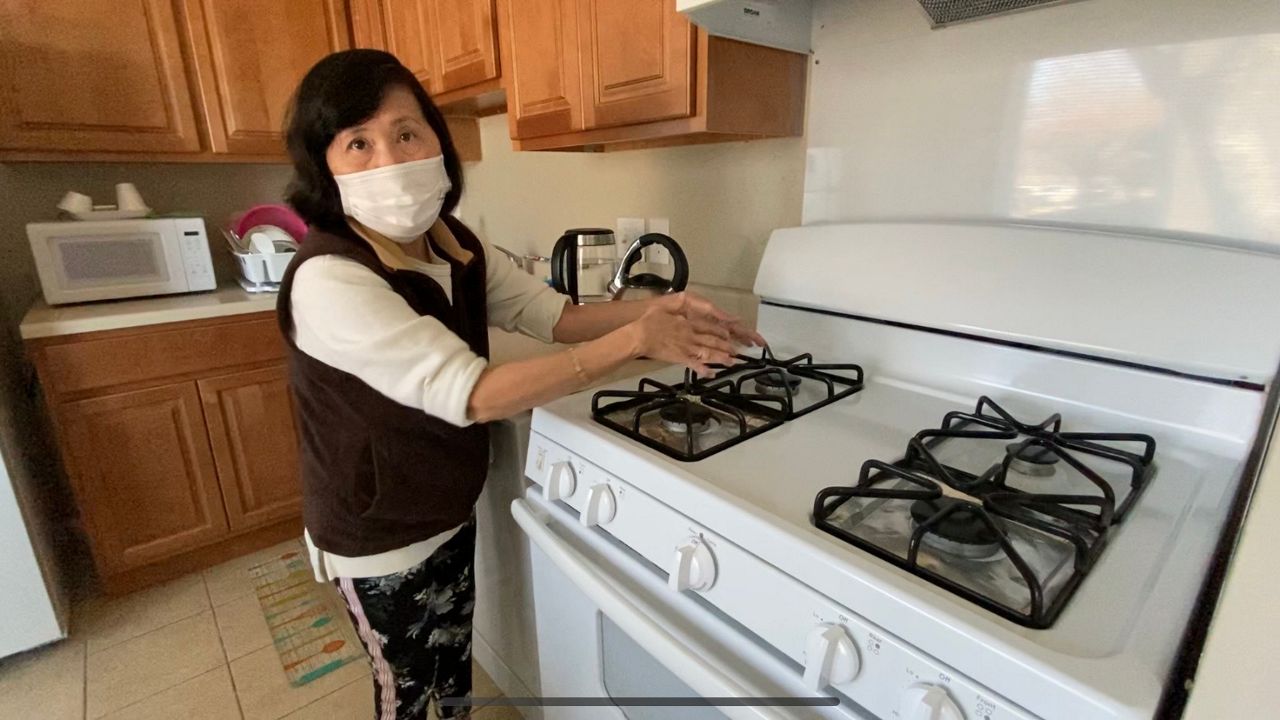 Dao Vo stands next to her stovetop. Her apartment had no gas for months after the storm. (Spectrum News/Jamil Donith)

A year later: What February’s deadly freeze taught us about tenant rights

AUSTIN, Texas — While the winter storm of February 2021 caused loss of life and property, it also exposed many failures in Texas’ infrastructure, government oversight and laws—one of which is renters' rights.

Thousands of renters across the state had major storm damage from the devastating freeze, but many people didn’t know what their rights were as tenants, or lack thereof.


For Dao Vo, the simple sound of lighting a stove is music to her ears. Her apartment complex lost its gas for nearly eight months after the storm.

“I need to order food from outside,” she said. Vo is from Vietnam, like many of the residents at Oaks on Lamar in Austin. When we first spoke to Vo in May, she was heating up buckets of water to bathe. She also had to buy an electric stovetop to cook her food.

In the more than 20 years she has lived there, Vo says she has never had to fight this hard to get help. Thousands of renters with storm damages across the state ran into the same dilemma. In some cases, like those experienced by Vo and her neighbors, nonprofits like BASTA showed them how to fight back.

BASTA Project Coordinator Shoshana Krieger says the lack of tenant protections in Texas is nothing new. The storm just brought them into the spotlight.

“There are very few protections after a disaster,” she said.

So what have we learned from the storm?

In many cases, the damages caused by the storm were worse because of prior issues that were never fixed.

This was the case for communities of color and low-income properties.

“Maintaining housing in good safeties and conditions all the time is the way that we are resilient in an extreme weather event,” Krieger said.

Many landlords were forcing tenants out of their apartments without going through the courts.

Renters were living in moldy, bare apartments for months, paying full rent only to then have their landlords terminate their lease, often scaring tenants into moving out to avoid an eviction.

“If they want to forcibly remove a tenant from the apartment, they still need to go in front of a judge,” Krieger said.

While housing laws favor landlords in Texas, they still have to follow state and local property and health codes. Everyone has the right to safe and healthy housing, especially if it is due to a lack of maintenance.

Your city’s code compliance can step in and take action when landlords and the law do not.

After the storm, many renters formed their own tenants associations, some on their own and some with the help of groups like BASTA. This empowered residents like Vo to stand up for their rights and demand action.

These groups were more successful at having their voices heard and getting results than any law or promise from politicians.

“I get a very precious lesson,” Vo said.

Statewide, there have been very few (if any) substantial laws passed since the storm to increase tenant rights. There have been some grassroots efforts to improve local ordinances and housing authorities.

In Austin, the city council passed a law to regulate mold and amended city ordinances to focus more on renters' rights. Travis County commissioners voted to add two tenant representatives to the housing authority’s board.