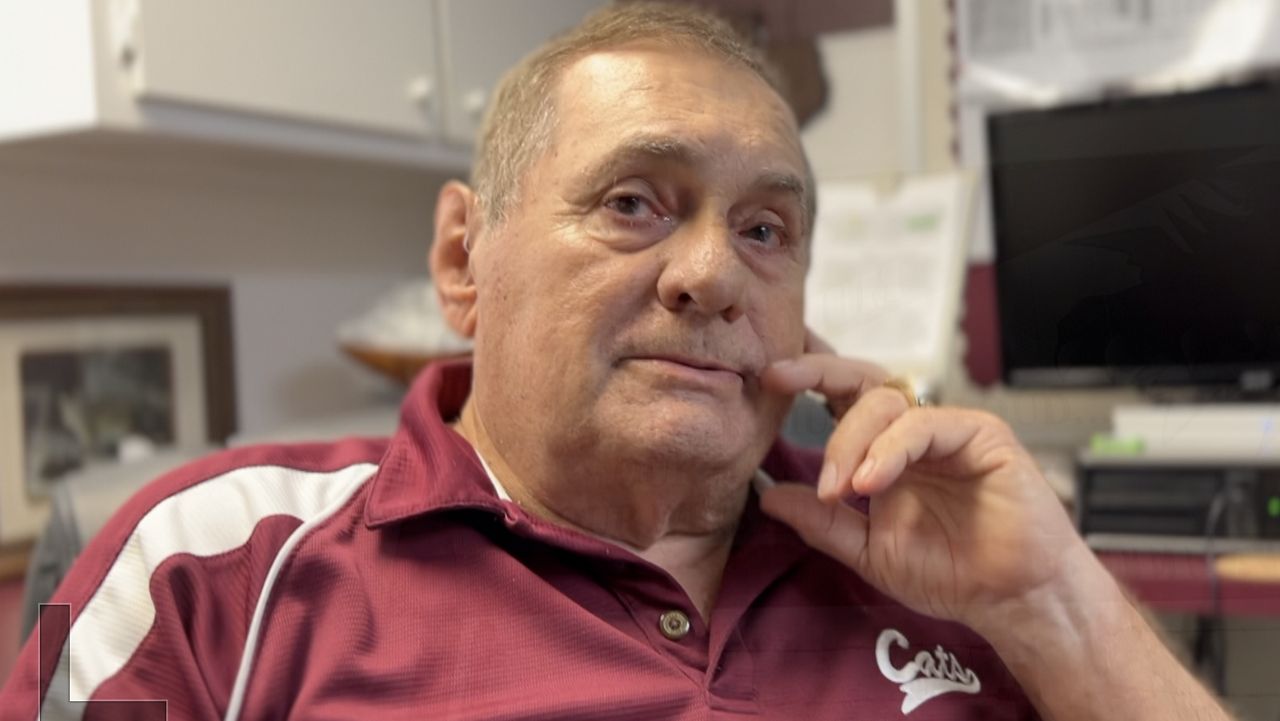 CORPUS CHRISTI — Calallen High School head football coach Phil Danaher is set to retire in January. Even though he is the winningest coach in Texas high school football history with 490 wins, the 73-year-old stays humble and chalks it up to his players.

Danaher is quick to credit those around him including his defensive coordinator Steve Campbell who has coached with Danaher at Calallen for 38 years. He will replace Danaher as the head coach and athletic director.

Danaher has played and coached football for 62 years of his life. He’s been coaching at Calallen since 1984. He was previously at Hamshire-Fannett from 1978-1983. He began his career at Dilley in 1974. In high school, he was a quarterback and linebacker.

“All my coaches in high school is what helped me learn how to coach,” he said.

Danaher, who has been diagnosed with early signs of dementia, said it’s time for him to focus on his health. The news of his retirement pulls on the heart strings of those who love him.

“People in the community all over — people all over the state,” he said. “You know, it’s really been very touching.”

Gov. Greg Abbott wrote him a letter. Former players and coaches sent him messages of gratitude. Danaher’s resume doesn’t just embody his wins, the 28 district championships and state championship appearances; he has gone beyond the sport.

He gets emotional when talking about a kid whose life he touched.

“It was a young man that played football here and he was a little bit of trouble,” he said.

Danaher, who lost his own father when he was 3, said that player did not have support at home so he treated him as his own. But was met with criticism from other coaches.

Danaher’s wife of 51 years has been on his side the entire time. She said Danaher did everything for that player.

“Phil would give him money to eat,” she said. “You know, just things like that. And he’s grown up to be very successful.”

It’s a lesson that’s bigger than football. It’s the X’s and O’s transformed into unconditional love.

He will miss the locker room, watching film and being on the sidelines, but it’s his famous words that his players will always remember.

The scoreboard is fitted with his name, and soon the stadium will be named after him.