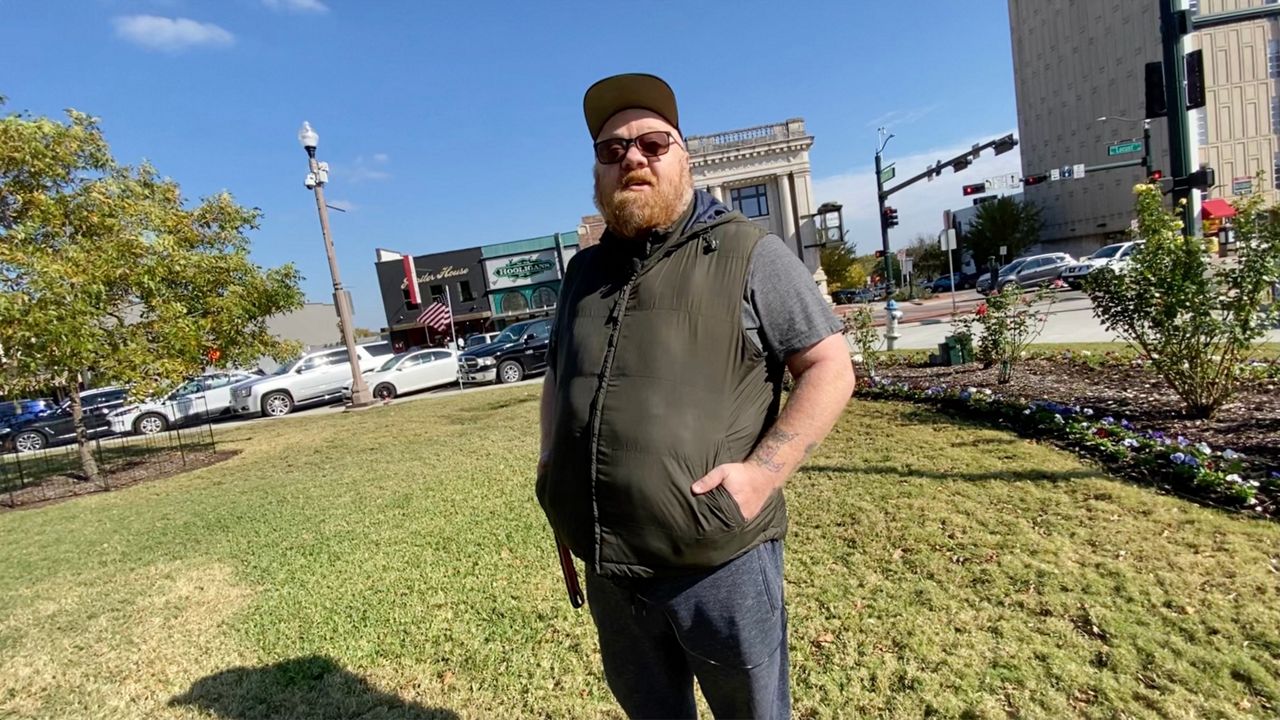 DENTON, Texas — Denton may be the next city to join a growing list in Texas that are decriminalizing cannabis. It's thanks to the efforts of a small citizens group in town.

Members of the city council have agreed to at least discuss the option during an upcoming work session with the potential of voting on an ordinance down the line. The issue was brought to council members by the group Decriminalize Denton, which is making a second attempt at pushing decriminalization after a previous attempt failed to progress.

“To ban arrests and citations for misdemeanor level cannabis offenses in the city of Denton,” said group leader Tristan Seikel.

Seikel said his group also wants to see a stop to taxpayer dollars being used on expensive testing of low-level offenders that is required for prosecution. He said he’s been pushing for moves like this at the local level since he was a student at the University of North Texas and saw the way such arrests were ruining lives over small amounts of a plant that, according to recent polls like one conducted by the University of Texas and the Texas Tribune, Texans have dramatically shifted to favor legalizing anyway.

“I was actually selling it,” said Brasher, who said he sold cannabis for its medicinal properties in California and at home in Denton. “I got arrested out here, but in San Diego I was a businessman, ya know?”

Brasher said as a medical cannabis user himself, he made the choice to take the chance selling here and saw the consequences, but he said the aftermath of his felony for it has been an experience, to say the least.

Brasher said prosecutors gave him a very good deal compared to the sentencing he could have faced, but when he began his probation, he found the confusion that the current state of Texas’ cannabis laws have created.

“In Texas there’s two stipulations that if you don’t follow them you violate your probation. You have to take all your medications as prescribed," said Brasher. “The other one is to stay away from THC.”

Brasher, who said he is registered with the state as a legal, compassionate use medical cannabis user, is now in a bit of a contradiction.

“So now I violate my probation either way,” said Brasher with a laugh.

It’s confusion like that that Brasher, Seikel and other group members say really spurred them to push for change locally. Cannabis laws in Texas continue to come up in the state legislature with little movement to loosen up restrictions on the substances or at least remove them from being considered as a Schedule 1 drug in the state.

As a result, more efforts like Decriminalize Denton have been popping up in communities across Texas — to get the topic addressed at the local level while it sits stagnant at the state level.

According to NORML, the National Organization for the Reform of Marijuana Laws, nearly a dozen Texas cities or counties have moved to some form of decriminalization, whether it be a policy like cite and release, a simple fine for low-level offenders, or, like in the city of Austin, a prohibition on the use of city funds to prosecute non-felony cannabis cases.

Naidoo said he sees more prosecutors beginning to side with decriminalization because of the costs associated with those prosecutions.

Since the most recent farm bill passed and allowed low levels of THC from hemp products to be sold, Naidoo said testing to determine the levels of THC in an offender now often have to be obtained for these cases and can only be done via two state labs. He said that’s an expense that’s pushing district attorneys to not even bother with the cases.

“At the end of the day it’s budgetary, right?” Said Naidoo. “It saves the taxpayer or the city money and they can use that money for other things that’s more important, so I look at it always from that financial standpoint.”

Denton City Council member Deb Armintor, who helped Decriminalize Denton get their plan to council, said that’s very much a consideration as they bring a potential ordinance to work session.

“It’s not worth thousands of dollars to justify hitting people for a nonviolent crime with no victims,” said Armintor.

The council member also adds that decriminalization helps to address the long-standing disparity observed in cannabis arrests between different races and wealth classes. She said last year in Denton there were 128 white men arrested for cannabis crimes and 120 Black men, but that’s in a town where less than 10% of the population is Black.

Seikel said even getting the city council to consider the ordinance is a victory for their group, but they don’t plan to stop there. Group members said they hope to help other groups in other communities push for decriminalization as well, if they ultimately succeed.

“We definitely need to be putting a lot greater emphasis at the local level,” said Seikel.

As Brasher said, it seems to be their best path to change right now.

“If we’re not gonna get Texas legislation, then what we can do is go in at a local level and at least loosen the laws, loosen the penalties,” said Brasher.