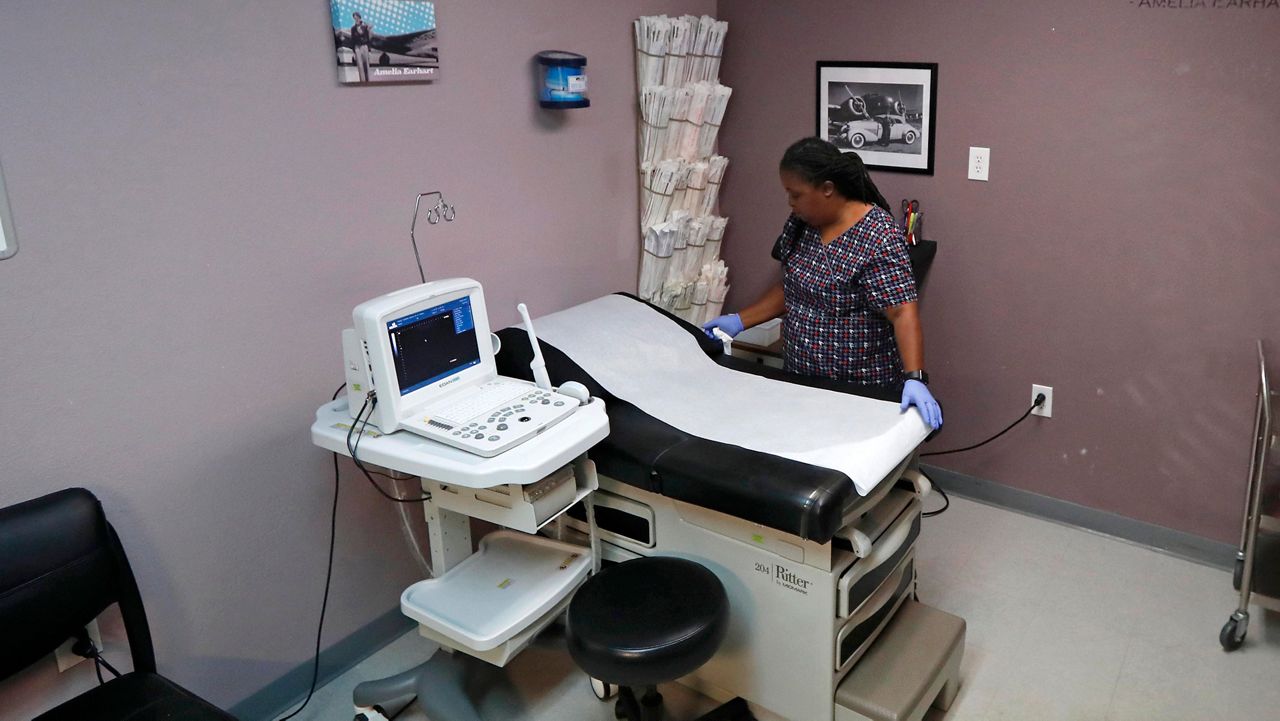 ‘A week’s worth of calls in a day’: Texas abortion funds in high demand since Heartbeat Law

Anna Rupani, executive director at Fund Texas Choice, says the day after the the bill was signed into law she already began receiving calls from women with nowhere else to turn.

“We had a client who went the 31st [of August] and had her sonogram,” said Rupani, adding that no "heartbeat" was detected at that appointment. “Right after the announcement of SB8, had another sonogram and cardiac embryonic fetal activity was detected and she was told she can no longer get an abortion.”

Rupani said that was just the first call to her group but many more came in the following days. She said an average week for the Fund, pre-heartbeat law, had them fielding between eight and 10 calls for help. Now, though, she said they’ve been getting at least that many calls each day, with some days bringing far more requests for help.

Fund Texas Choice was formed in 2013 with the mission of helping patients across Texas cover costs and make arrangements to get out of the state for abortion care. At the time, Rupani said another legislative move had shuttered many of the clinics in the state and out-of-state care became one of the few options for many women seeking abortions.

However, Rupani said the organization and many others serving similar missions in the state have long expected an attempt at more restrictions such as the ones laid out in the new law.

“The writings have been on the wall forever,” said Rupani.

Now Fund Texas Choice, and many other groups working for abortion rights in the state, are looking to bring on extra staff and volunteers as well as find more sources for funding and donations in order to meet the large new need that’s come much quicker than many expected.

The Fetal Heartbeat Law, formerly known as Senate Bill 8, makes it illegal for providers in the state of Texas to preform abortions after cardiac embryonic fetal activity is detected in a pregnancy - which generally happens after only about six weeks. However, the enforcement of the law is put into the hands of private citizens, who don’t even have to have any involvement with the case in question and can sue providers and anyone aiding in the procedures.

The law has been criticized by many including abortion rights advocates who say many women don’t even know they’re pregnant yet at six weeks and point out that the law makes no exceptions for cases of rape or incest.

Anti-abortion advocates, however, have praised the new law, with some hoping it will become a roadmap for other states trying to put stops into place against the procedures.

The law, however, has already become the target of judicial action. The Department of Justice recently sued the state over the law.

Rupani said she can’t wait for court intervention on this one, though. She said she must help all of the people who are now being financially burdened by the new law. She said Fund Texas Choice will abide by state law but continue to help abortion patients get to clinics outside of Texas jurisdiction to have their procedures.

“We’re going to do it until someone says we can’t,” said Rupani.