Bonnie Ross looks at her bible on a past Sunday at West End Church. (Spectrum News 1)

104-year-old church looks toward the future

SAN ANTONIO — West End Church of God in Christ has been a place of worship for over 104 years.

It has also been Bonnie Ross’ sanctuary for 68 years.

"It was a nice building," said Ross. "We had lots of old members, and there’s a lot of young children. And we got saved during that time, me and my husband, and the church was real good."

It’s a church that rests in the heart of San Antonio’s west side, which is a predominantly Hispanic neighborhood often plagued by poverty.

Jesse Denny Jr. has been a part of West End Church for 46 years, with 35 of them spent as a congregant and the last 11 as pastor.

“So there have been greater men than me who pastored this church, and I stand on their shoulders,” said Denny.

After a year of Zoom sermons and adapting to the pandemic, Denny and his congregants are glad to be back in-person.

"It hasn’t been that hard," said Ross. "It was just that the seniors had to get adjusted to using the electronics and things of that nature. We was a little afraid to do it. We would say, 'Do you hear me? Do you hear me? Am I on?"

This senior-majority congregation may be low in people, but it’s not low in spirit. 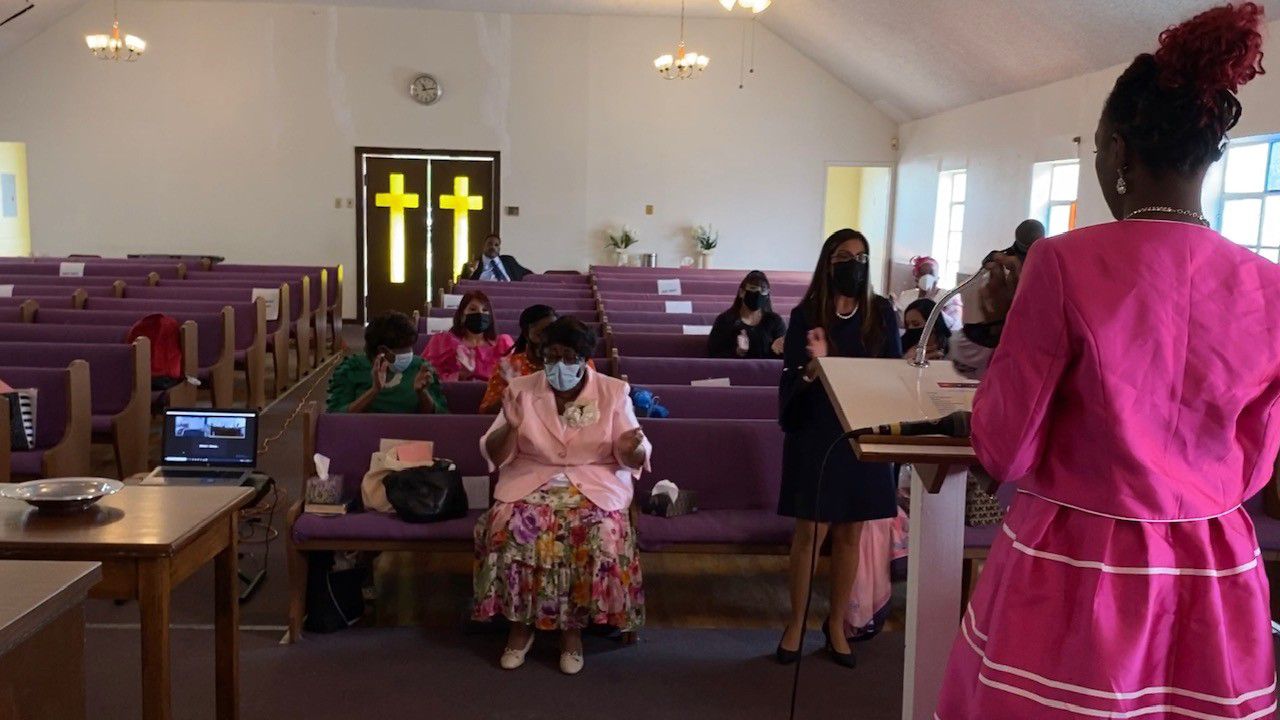 "Our senior people have been the bedrock of the church," said Denny. "They have really been the foundation through this pandemic."

The seniors have also carried the church during Denny’s tenure as pastor, but he looks toward the younger generations to carry the load for years to come. That might be easier said than done, especially when one-third of millennials in the U.S. don’t attend church in-person.

For Denny, however, it’s worth it. He said he wants “to reestablish with the next generation that there will be families that will trust us with their spiritual care.”

Until then, Ross said West End Church will continue to be the home of the sweet saints.