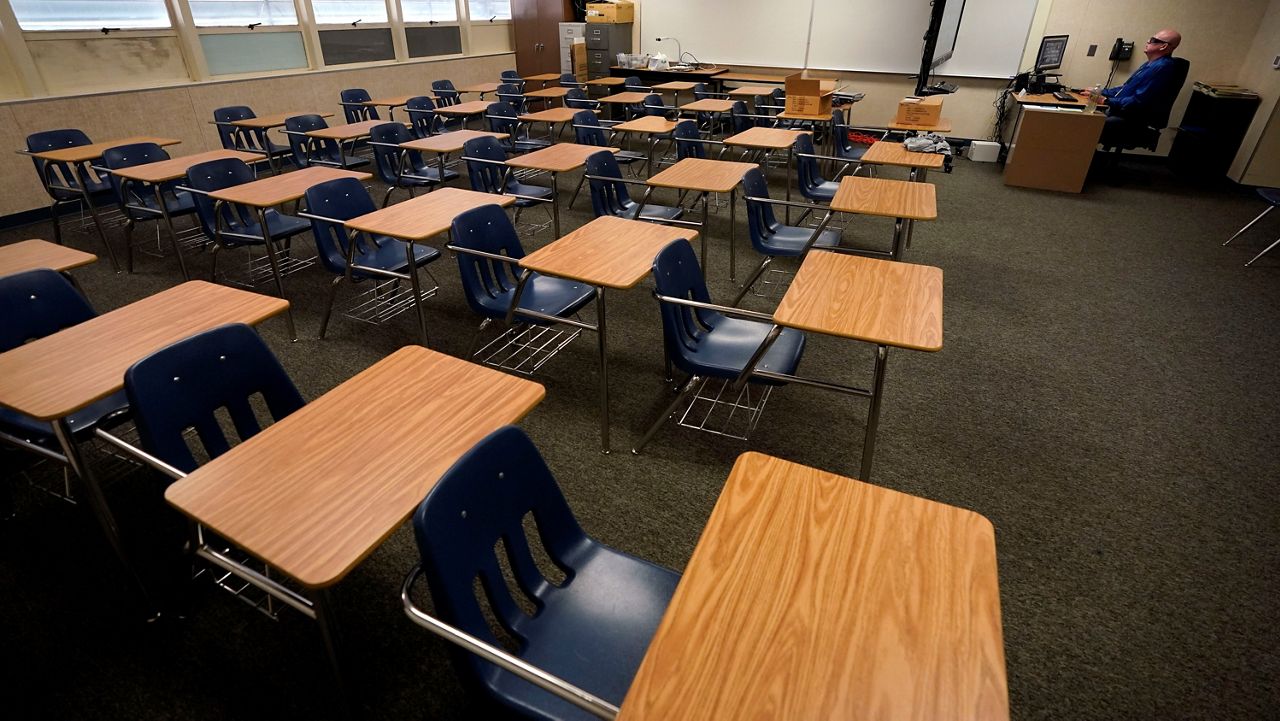 AUSTIN, Texas—School vouchers have been a hot topic in Texas for years. Some parents want the ability to use public money to send their kids to private schools. But the State Board of Education is recommending that lawmakers reject all attempts to divert funding from public schools.

Many Democrats and rural Republicans haven’t supported this in the past because it would take money away from public schools. One analyst said things might change this year, partly because Republican Gov. Greg Abbott campaigned on school choice.

“I think that it’s a real danger that they would actually do something to pass vouchers and permanently harm neighborhood schools in Texas,” said Matt Angle, the founder and director of the Lone Star Project.

In a statemnt to Spectrum News, Gov. Abbott’s press secretary wrote in part, “The governor will continue working with the Legislature to ensure Texas children receive the best education by restoring parents as the primary decision-makers over their child’s education and health care, while also fully funding public education and allowing funding to follow the student.”

But the governor’s support of school choice is in contrast with that of the State Board of Education, which is recommending that lawmakers reject all attempts to divert public dollars away from public schools in the form of vouchers or education savings accounts. One Conservative group isn’t so happy about this.

“It just is disappointing to see our number one state agency that handles education to not be in agreement with that,” said Mary Castle, the director of government relations for Texas Values.

School choice advocates say the funding that would be taken from public schools shouldn’t belong to that school, anyway. Rather, they say it should belong to the student.

“The focus of any education funding really should be on the child and that child succeeding,” Castle said. “There are a lot of public school dollars that go to various things, and I think a lot of people are realizing that. So having the money follow the student to either choose to go to a private school, or to choose to do homeschooling... I think that the money should be focused on the main objective, which is to educate the child.”

Angle doesn’t agree with this ideology.

“It’s just rhetoric in order to rob the school systems,” he said. “That makes no more sense than saying individual highway funds belong to a family, and you could spend it on the highway you want. It’s really just a way for them to transfer public money into private hands in order to take care of their special interests. They don’t believe in neighborhood schools. They don’t believe in an education system that has served most Texans their entire lives and taken care of their families, and their kids, and their grandkids. Instead, they want to change to an unproven system that would really, over the long term, just move tax money into the hands of people who already send their kids to private schools.”

David DeMatthews, an education professor at the University of Texas at Austin, has written about how school vouchers are not right for Texas.

“There’s been decades of research in multiple states, in different cities,” he said. “Researchers consistently find that school vouchers don’t help the students they’re intended to help: Students that are attending schools that are struggling [or] students that are behind. And what often happens when they’re implemented is, like in Arizona, wealthier families take advantage of the voucher. They’re still able to afford private tuition. The voucher usually doesn’t even cover the full cost of private tuition. And so it really is like a tax subsidy for wealthy families to send their children to private schools, and it doesn’t help students that a lot of policymakers who push vouchers say they that it helps.”

Rebecca Bell-Metereau, a Democrat who represents District 5 for the SBOE, said lawmakers should focus on giving more support to Texas public schools and not take resources away.

“I think it’s important not to support vouchers because we have a free public education system for everyone,” she said. “And if you start paying parents to put their students into particular schools, that is really rewarding people to leave the public schools. And our public schools already are under-funded. We rank near the bottom of per-pupil spending, and we don’t need to do anything more to undermine the support for our local public schools, and those teachers that work so hard.”

She said these tax dollars should support public education, not private schools.

Pat Hardy, a Republican representing District 11, abstained from the vote on this legislative recommendation because she said SBOE members needed to have a deeper conversation about the issue. But, she noted she hasn’t supported school vouchers in the past.

“I think what we really need to concentrate on is making our public schools the best they can possibly be,” Hardy said. “And if you’re always looking for an out, then you’re not really concentrating on what’s on the table at the moment, which is failing schools… And there are not that many of them… But I voted to abstain because I think there are too many people that are cut-and-dry on both sides of that argument.”

Hardy hopes lawmakers listen to each other and their constituents before deciding about a school voucher program.

“We don’t need to just automatically say, ‘We want vouchers,’” Hardy said. “We need to see what the problems are, and how these vouchers might correct or create more problems. Oftentimes, we do things that we think sound good, and in reality, it creates a greater problem.”

Hardy said many questions come to mind when thinking about vouchers, such as, Will students who use public school funding to attend a private school be required to take the STAAR test? Would students be able to purchase textbooks with state money? If a voucher doesn’t cover a student’s entire tuition, would a private school accommodate that or make the family pay the balance?

“Can you see there’s just a lot of things that are not answered, that need to be answered in that situation?” Hardy asked.

Another Republican member, Will Hickman of District 6, voted against the legislative recommendation. It wasn’t an issue he thought the Board should focus on.

“For me, what I think we should do with legislative priorities is have bipartisan items that are a slam dunk,” he said. “I would say we’ve had a bad track record of having a legislative priority list, and then effectively going over as individuals and working on those issues with the legislature. I thought that’s why we should kind of focus on low-hanging fruit. That is issues we all agree on; issues where we have expertise as the state board, and where we can have an influence with members of the legislature to move issues forward. Not weigh in on political contentious issues.”

Hickman was more focused on issues that aren’t so contentious, like authority over charter school expansion and having a say in what textbooks schools use. Both topics, Hickman said, have bipartisan support. But school choice is more divisive.

“I’m in favor of parent choice, whether parents want to send their kids to a homeschool, private schools, charter schools,” he said. “I think vouchers are going to be very complicated. If someone wants to take public money, how do you have sufficient oversight? So for me, that’s not something I feel like we, as the State Board, should weigh in on. It’s going to be highly political. I’ve already talked to House members, senators, [and] others that there’s going to be a battle in Austin, and I just don’t see a role for the State Board in that. So that’s, in essence, why I voted against that one.”

Ultimately, it’s up to lawmakers to decide what to prioritize during the next legislative session, which begins on Jan. 10.