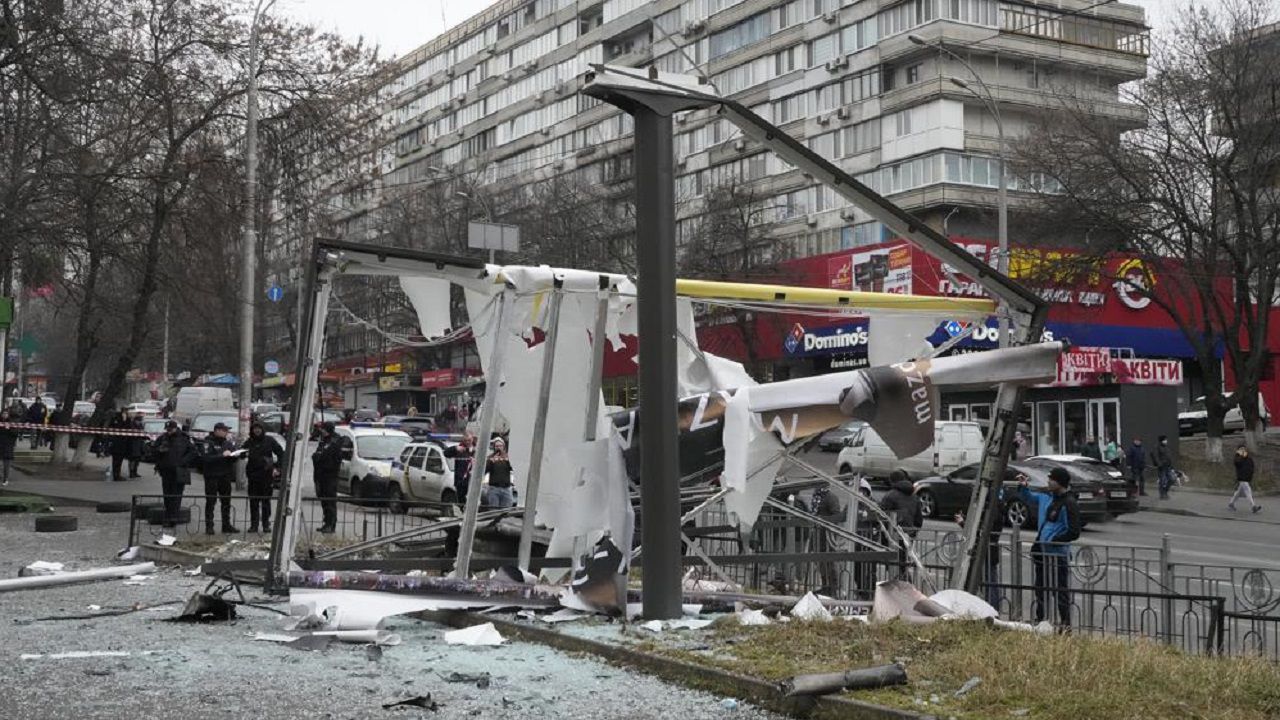 Texas politicians speak out on attack on Ukraine

TEXAS — Russia launched a widespread attack on Ukraine Thursday. At least 40 people have been killed, according to Ukraine’s leadership.

Politicians in the Lone Star State expressed their dismay with Russia’s invasion.

Sen. Ted Cruz said he is praying for the Ukrainians who are facing this "existential threat."

Praying for the millions of Ukrainians who are facing Putin's unprovoked aggression & this existential threat.

Ukraine has America's steadfast support & we will continue to arm them so they can defend their country. Those involved in this should know they'll be held accountable.

“There will be an opportunity to assess the United States’ response to Russian aggression leading up to this operation, but right now President Biden’s focus must be on leveling the most crippling sanctions and export controls possible. Putin’s most recent threats have reached beyond the region, threatening NATO and Western allies with “consequences you have never seen” should we interfere in his military campaign,” Williams said in a statement. “America must defend her interests and go on offense against the Russian economy and any entities who enable Putin and his brutal regime.”

Former President George W. Bush called the attack “unjustified” and “the gravest security crisis on the European continent since WWII.”

“The American government and people must stand in solidarity with Ukraine and the Ukrainian people as they seek freedom and the right to choose their own future,” said Bush in a statement. “We cannot tolerate the authoritarian bullying and danger that Putin poses. Ukraine is our friend and democratic ally and deserves our full support during this most difficult time."

​Republican Texas Sen. John Cornyn said it would be "naive to think that [Putin] will stop at Ukraine."

“This is not just about Ukraine. This is not just about Europe. This is about America’s credibility and that of our friends and allies around the world and our willingness to stand up for our values and defend our freedoms," said Cornyn in a statement. "If the U.S. fails to support Ukraine, other authoritarian movements like those in China and Iran will take note.”

“In close coordination with our allies in the European Union, NATO, and around the world, we must now move quickly and decisively to isolate and cripple Russia economically while also supporting the legitimate, democratically elected government of Ukraine as they resist this attack," said Allred in a statement. “By publicly and repeatedly denying Putin any claim to international legitimacy and countering Russian misinformation the Biden Administration has ably navigated this Russian-made crisis. I have personally seen and participated in the Administration’s extraordinary efforts to inform and gather our allies to this task over the course of weeks."

Allred is a member of the Foreign Affairs Committee and says he is dedicated to addressing this crisis alongside his colleagues to protect Ukraine.

“This is a tenuous time for democracies, as autocrats test our resolve and we work to ensure the right to self-determination can thrive across the world – including here at home," said Allred in a statement. “Ukraine is a democracy and its people have a right to determine their own fate, free from bullying, intimidation and violence. If the structures of the post-World War II era cannot ensure that right, then we must implement the changes needed to ensure something like this never happens again."