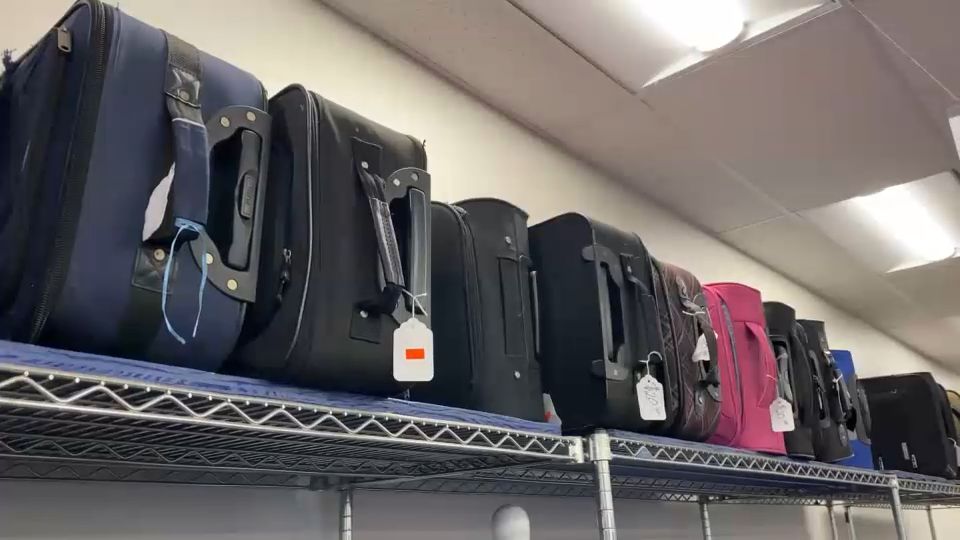 What happens to your luggage when the airport loses it?

What happens to your luggage when the airport loses it?

AUSTIN, Texas — From luggage to pocket knives, the State Surplus Store in Austin is home to a collection of items left behind from airport travelers across the state of Texas.

“Basically, it’s anything, like I said, left behind that TSA can’t reunite with the owner,” Kristy Fierro, director of the State and Federal Surplus Property Program said.

Among many things, its home to lost or abandoned carry-on bags or items left behind that were prohibited from passing through the TSA security line.

“We go to those airports like Houston, Dallas and Fort Worth. We pick up the property and bring it here,” Fierro said. “Anything you can imagine that someone accidentally forgot to take out of their pocket or carry-on and it got onto a plane.”

According to a study by Price 4 Limo, 55% of flyers say they’ve had their luggage lost by an airline and only 34% of them received their missing bags.

“Ultimately, if you have lost luggage, if you’re looking for your luggage, that’s something we really encourage folks to get in touch with their airline directly,” Sam Haynes, public information officer with the Austin-Bergstrom International Airport, said.

The study listed out airports with the most lost luggage, with ABIA coming in at number four. ABIA says the airliners are directly responsible for their lost luggage.

Department of Aviation unclaimed lost and found will go to an auction house in Pflugerville after 60 days of being unclaimed. The State Surplus Store is a massive warehouse managed by the Texas Facilities Commission.

Besides abandoned items left at airports, state assets that are retired, such as desks, office chairs, furniture and office supplies, are also sold at the store that is open Monday through Friday.

Currently Fierro says there is an enormous quantity of Christmas trees the store is hoping to sell.

“Anything a state agency ever had a need for has a potential of coming through the program,” Fierro said.

Many items are available through the store’s online auction as well.