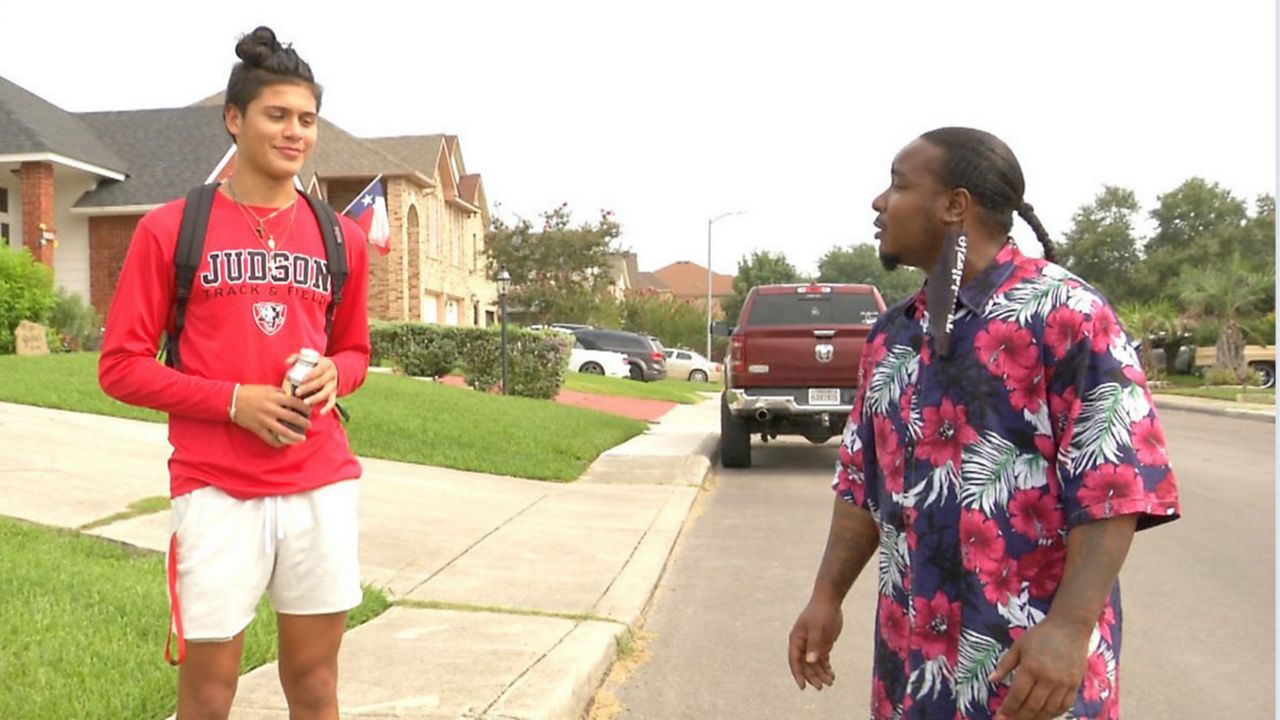 'Trained us to know we are somebody': San Antonio rapper's journey from foster care to entrepreneurship

"This is the foster home I spent the most time in, me and my three sisters," the entrepreneur said. "The system is a business."

Moving in with the Browns for the next decade helped Hodge learn his self-worth. His foster dad, Frankie Brown, said fostering kids who've been through many trials and tribulations gives them a chance.

"Trained us to know we are somebody; we are important," Hodge said. "I remember when my foster mom put that first suit on me. It was new to me. It opened up new things."

As a teenager, Hodge started rapping under the stage name Thuggizzle. But busting freestyles isn't all he does. In May, he started his line of spring water. The Bandera Stop was the first store to carry Thuggizzle water in the coolers.

Each week, the 37-year-old is on a mission to hand out free water and encourage folks to drink water and recycle the aluminum cans.

"In the Black community, it's a lot of sugar, diabetes," Hodge said. "We gotta think about our health. When we get out here and spread this water, we don't know who we may be coming across that needs that water."

"I like the fact that it's Black-owned," a family friend said. "I like seeing your growth also, too."

Although Thuggizzle gives away a lot of water, he said he receives much more. The same encouragement he needed as a teenager, he tries to pass on to the next generation.

"You stick to it, man. I believe you'll make it to the Olympics," Hodge said to a teen. "God bless."

Because if he made it, they can be successful too.

"We never know what God is doing or why he's doing it," Hodge said. "But only He knows, but when we do, it works out the best."