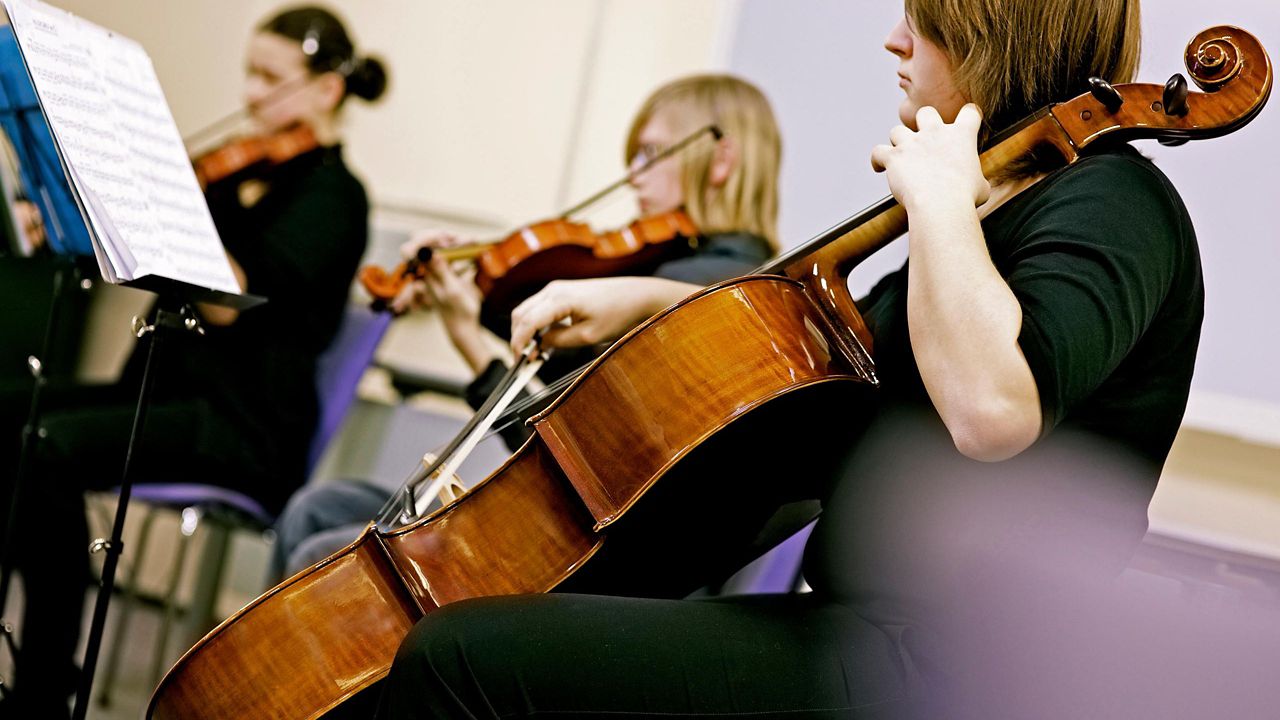 TEXAS – The Texas House’s Public Education Committee held a public hearing Tuesday to hear testimony on a number of education-related bills filed this legislative session, one of which proposed changing the fine arts credit requirement for graduating high school in Texas.

Right now, students in Texas have to complete one fine arts credit to graduate high school, but House Bill 434 proposes changing that so either a fine arts credit or a career and technology education (CTE) credit would fulfill that requirement.

Various fine arts educators and advocates spoke in front of the lawmakers on the committee in opposition to the bill on Tuesday.

Lauren Anderson began her testimony in front of the Texas House Public Education Committee by playing classical music, a fitting start for the former professional ballerina who spent 23 years dancing with the Houston Ballet, and also broke boundaries as its first Black principal ballerina.

"As a youngster, the arts was an outlet," said Anderson. "I was an only child. And I didn't feel like I fit in anywhere really. So I had a way to express myself... Now I'm good at what I do because of all the lessons that I've learned in the arts, all the soft skills, all of the critical thinking and 21st century skills that you need to be successful. I think I got all that with the arts and not only that, I got to physically become music."

She testified in front of the committee in opposition to House Bill 434, saying that changing the fine arts requirement would be a mistake.

“I think the arts is not a privilege, I think arts is a right. Every kid has a right to experience and participate in the arts," said Anderson. "I felt that the bill would directly affect kids and underserved communities. Because if you take the one arts credit away, you know, students don't necessarily know what they need. And in hindsight, I've heard from a lot of people and I've seen the effects the arts have on the community and have on students and have on their learning and have on their success and all that they do."

Perry Crafton, CEO and president of the Texas Educational Theatre Association, also spoke in front of the committee, saying that allowing a CTE credit to replace or fulfill the fine arts graduation requirement would lead to students missing out on a critical part of their high school education.

“CTE Education trains the worker, but the arts train the human being," said Perry.

Rep. Keith Bell, a Republican who represents Texas House District 4, says he authored the bill to give students more flexibility in choosing their classes, especially for students who want to pursue a skilled trade and know they don't have an interest in the fine arts.

“I'm a huge supporter of the arts. This is not intended to ever change that. It's about giving kids an opportunity and a choice that if that's the track they're going, that's just not one more box that I gotta check… what I’m trying to do is open up the schedules," said Bell.

While some parents testified in front of the committee in favor of the bill, saying students should have the ability to choose an alternative to fulfilling the fine arts credit if they know they want to pursue a CTE elective track, former arts teacher Jenny Perry said that her experiencing teaching art at a Title 1 school influenced her opinion that a mandatory fine arts credit is essential for high school students.

“What this bill does is it changes what constitutes a well-rounded education in Texas, and we certainly don't want to eliminate fine arts education as part of our foundation curriculum that is required in Texas schools for all children," said Perry, who is now director of programs at the nonprofit Texas Cultural Trust.

She expressed regret that the bill seemingly pitted fine arts against CTE courses, which she says are both important, but too different to be interchangeable.

Perry, as well as lawmakers on the committee, also expressed concern that allowing students to choose between fine arts and CTE courses to fulfill the requirement could be devastating for fine arts programs across the state.

The state gives districts additional weighted funding for every student enrolled in a CTE course, so without the fine arts requirement, they said it introduces the possibility that schools tight on funding might cut fine arts programs in favor of CTE courses if both fulfill the graduation requirement.

“Access is already inequitable based on community types and for different grade levels across the state. I have seen the arts build confidence in students and create a voice for students where they know how to communicate, how to express themselves, how to collaborate with their peers, how to build something as a community. These skills are essential for success in life," said Perry.

She says the issue is not about the value of fine arts versus CTE, but that the graduation requirement shouldn’t be either-or.

House Bill 434 has yet to go in front of the full Texas House for a vote.