Zebra Mussels Eradicated from Lake Waco: Why It May Not Be Possible in Other Texas Waterways

TEXAS – In the fall of 2014, City of Waco staff discovered zebra mussels at a boat ramp on Lake Waco, but more than six years later the Texas Parks and Wildlife Department (TPWD) says the invasive species has been eradicated from the lake. It was no small feat – this is the only successful eradication effort in the state, and one of the few in North America, according to TPWD.


These creatures only grow to be about one and a half inches long, but they can wreak havoc on the waterways they infest and the infrastructure humans develop below the surface.

Zebra mussels spread by attaching themselves to boats and trailers – when an unsuspecting boater moves his or her vessel from one waterway to another, the mussels go too. And when they breed, TPWD explains that a single zebra mussel can create about a million larvae that are invisible to the naked eye.

That’s why when officials talk about zebra mussels, they remind boaters to “Clean, Drain, and Dry” before moving a boat to a new body of water. Researchers say the mussel larvae can survive in water for up to a month – any infested water left in a boat, even in live wells and bait buckets, could cause the mussels to spread. People caught transporting or possessing the mussels can face fines and even possible jail time.

What Happens When Zebra Mussels Infest?

When zebra mussels are introduced to a new body of water, researchers say they’re able to rapidly multiply and expand due to a host of factors. Zebra mussels can reproduce within their first year, a single mussel can spawn a million larvae, they can attach themselves to flat surfaces, and they have “aggressive feeding rates.”

Researchers say boats can be damaged by mussels that attach themselves to hulls, and will get inside and clog motors and air conditioners. They will even sink navigation buoys and attach themselves to litter. Volunteers at a 2019 lake cleanup said they had to let trash sit out for three days so the mussels would die before being able to send the garbage to the dump.

They don’t just clog pipes in boats, though. The mussels are known to infest the pipes of municipal water systems. In 2019, some city of Austin residents experienced foul smelling water caused by a zebra mussel infestation in a water pipeline. That same year, mussels blocked an intake pipe and prompted water restrictions in the Canyon Lake area. They were also discovered in water intake pipes in Georgetown.

The mussels have an even greater impact on the ecology of a body of water. There is a known decline of fish, birds, and native mussel species in infested areas. When mussels eat, they filter and clarify the bodies of water they live in, reducing the amount of beneficial phytoplankton. That can increase how much sunlight penetrates the water which has a two-fold effect: some organisms need less sunlight to survive, and more sunlight can raise the temperature of the water. Additionally, other organisms have to compete with the zebra mussels for food, putting a strain on native organisms and mussel species.

How Were the Mussels Eradicated in Lake Waco?

When the zebra mussels were discovered in Lake Waco, they were only detected at a single boat ramp – about 75 adults and some larvae, according to TWPD. Officials were also able to find and remove the introductory source – an infested barge at the adjacent marina. The owner was given a citation for introducing the mussels to the lake.

Because they had yet to spread to other areas, TPWD scientists say there was a “unique opportunity” to attempt to kill the mussels before they could spread.

Plastic sheeting held down by sand bags were places along an acre of the lake bottom and shoreline. The idea was that if they could prevent the zebra mussels from getting oxygen, that would stop them from breeding and spreading. 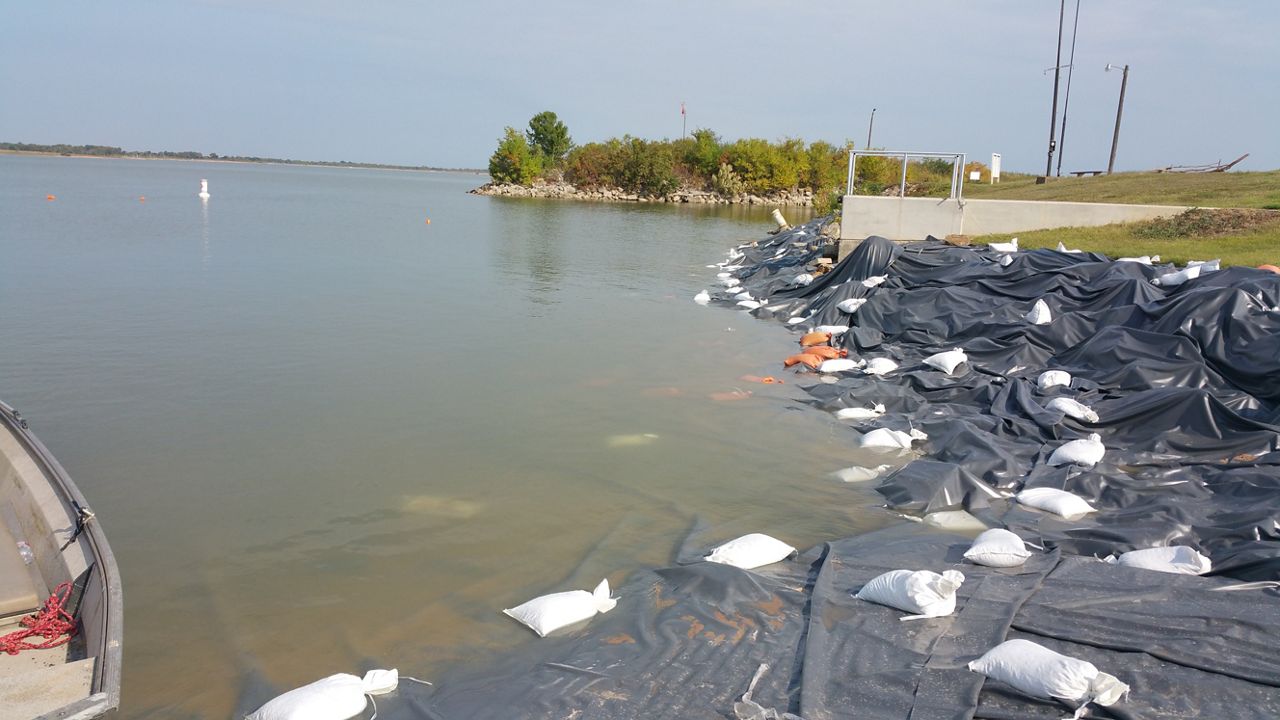 “This was a very substantial undertaking that took a lot of creative thinking and required many staff from the City of Waco, US Army Corps of Engineers and Texas Parks and Wildlife to accomplish, not to mention the heavy equipment, boats and commercial divers,” said Brian Van Zee, TPWD Inland Fisheries regional director in a written statement. “However, it was the late Tom Conry with the City of Waco who deserves credit for being the driving force behind the project. Our goal was simple—smother as many zebra mussels as possible in an effort to prevent them from being able to reproduce and get a foothold in the lake.”

After five months, the plastic was removed and the City of Waco and TPWD have been monitoring the lake ever since. Only one live mussel has been found in that time and the lake is now classified as “negative” for the zebra mussel. 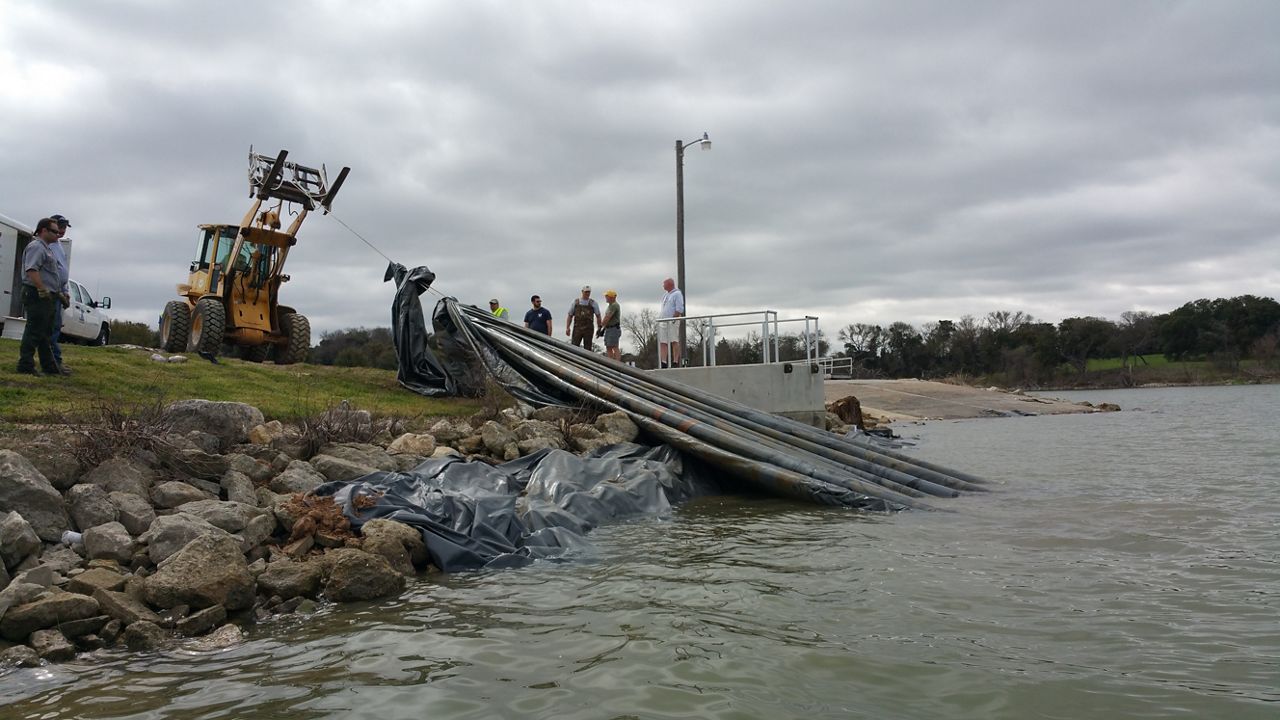 Monica McGarrity, senior scientist for Aquatic Invasive Species at TPWD, says there are only two other times eradication of the zebra mussel has been attempted in the state. Researchers tried using chemical treatments on zebra mussels found at Sister Grove Creek and in a cove at Richland Chambers Reservoir. Neither attempt was successful, making Lake Waco the first time the mussels have been eradicated from a body of water in the state.

"The Lake Waco eradication is a unique success story for Texas – this is one of very few invasive mussel eradications in the U.S. and, to our knowledge, the first successful use of this method,” said McGarrity in a written statement. “However, it is now more important than ever for boaters to take action to protect the lake, as it could only take one boat or barge to reintroduce these mussels. TPWD will continue to carefully monitor the lake for early detection."

There are currently more than 30 Texas waterways, most of them up and down the I-35 corridor, that are either “infested” or have “tested positive” for the invasive species. The state classifies a waterway as “infested” if there is an established, reproduction population and “tested positive” when there are multiple cases of the mussel, but they have yet to reproduce.

Despite this success story, biologists with TPWD caution that eradication of these mussels is extremely rare, and that the best method for keeping other waterways safe is to keep the zebra mussel from being introduced in the first place.