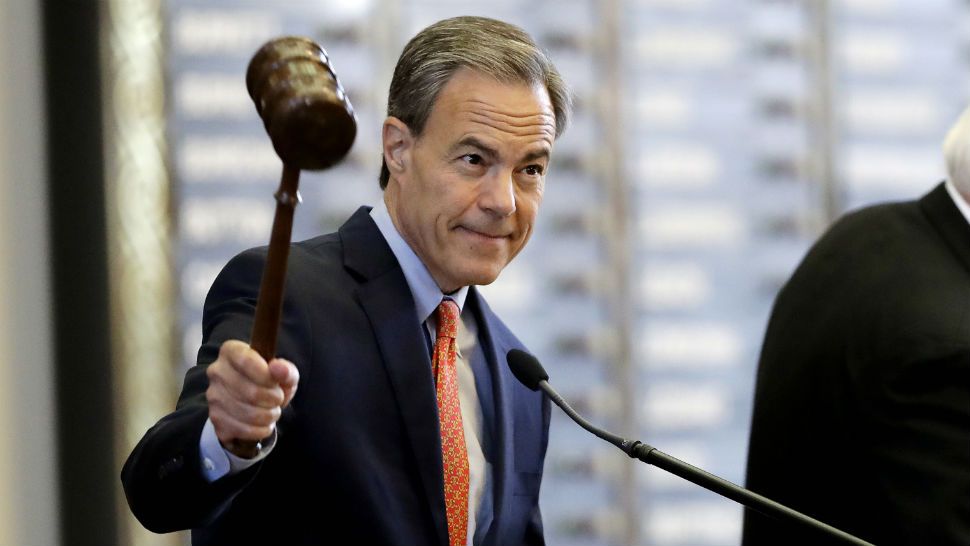 "Well, it should. Anytime any party behaves in this way, they shouldn't be rewarded for it,” Straus said in an interview on Capital Tonight.

Straus says he doesn’t understand how Republicans can make the case the election was illegitimate at the top of the ticket but everything below it seemed fine given down ballot Republicans did well.

Straus served a record-tying five terms as Texas House Speaker. He's now chairman of the Texas Forever Forward PAC which he says aims to carry out a "thoughtful, responsible approach to governing."

He acknowledged he did not vote for Trump while saying he still considers himself a Republican.

On the state’s response to the coronavirus pandemic, Straus says it’s time for state and local leaders to redouble efforts to communicate and stop pointing fingers. He says he doesn’t envy the position Gov. Greg Abbott is in but more teamwork is needed.

“If I'm critical, and it's not just of him but everyone responsible in this difficult time, it's that state and local leaders haven't really been able to work together as well as they should,” he said. “I think that in a time of crisis is when you try to pull people together.”

Straus says it’s high time for Texas to have a health plan of its own and that Medicaid expansion should be a real focus of the next legislative session.

“It was an issue in enough legislative campaigns I’m aware of that it ought to be on the table,” he said.

On future political plans, Straus says he’s not ruling anything out.

“I keep the door open but as of today, I don’t have anything to give you,” he said.