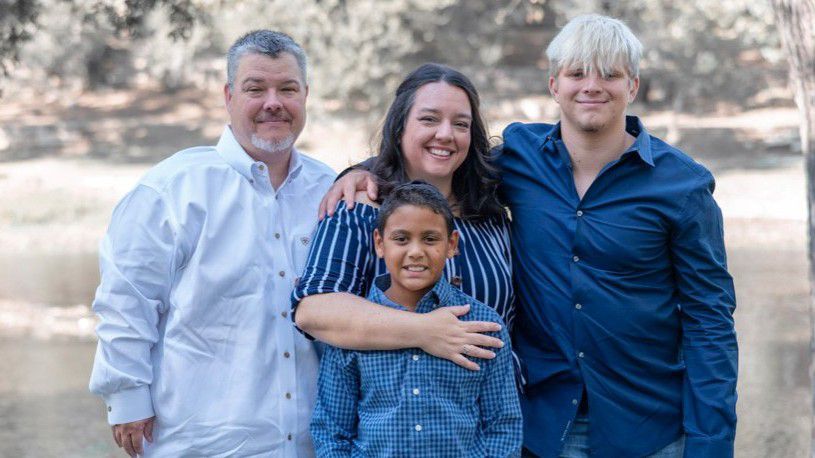 WILLIAMSON COUNTY, Texas — The pandemic may have put a lot of our daily lives and numerous state services on pause, but ensuring the safety and welfare of Texas’s most vulnerable children could not be stopped.

According to the Texas Department of Family and Protective Services, throughout FY 2020 there were 16,475 children in Texas removed from their homes as a result of abuse or neglect. While many are eventually able to return home or be placed permanently with relatives, thousands of children cannot and are in need of a forever home.

At the end of September, there were more than 2,900 children waiting on a permanent adoptive home, according to DFPS. The Texas Adoption Resource Exchange website features the profiles of children in foster care, waiting for a family to adopt them. Caseworkers helped fashion an adoption profile for 16-year-old Brian Warren, but his never made it onto the website - luckily because it didn’t have to.

“Yeah, this is pretty much the first couple of years that I’ve been working out,” said Brian while adjusting weights on his benchpress set. “It’s the first year I’ve ever had a weight room in my house.”

In the past, being at home wasn’t always enjoyable for Brian. The high schooler’s biological parents had their parental rights terminated more than two years ago.

“They were alcoholics and they did a lot of drugs, and it caused me to have very high anxiety, depression,” he said.

Initially sent to live with his grandmother, Brian’s mental health concerns led him to treatment, which later led him to the realization that he needed a family that would love and listen to him. It would also lead him to entering the state’s foster care system.

“At the time I was really optimistic because you actually got to go to like adoption picnics they would call it. So it’s just a bunch of families looking for a kid and, you know, you get to interact with other people that are through foster care, and, you know, I thought it was really cool,” said Brian. “But unfortunately - well, fortunately and unfortunately -  I didn’t get to go to any of them because of coronavirus.”

Brian was fortunate because there was a family that already had their eye on him. Brian’s twin siblings had already been adopted. The twins’ adoptive parents made a post in a foster parent support group on Facebook - a post about Brian’s need for a home. That’s where Jessica Warren comes in.

“One of my friends saw that post and was praying and she felt God lay our names on her heart,” recounted Jessica Warren. “She had no idea we wanted to adopt a teenager, and that we had been praying about that already - and she reached out to me at the end of February and said, 'Would you guys be willing adopt a 16-year-old boy?' And from the moment I heard about him, I knew that was my child.”

Before even meeting face-to-face, the Warrens would send Brian a picture book, welcoming him to the family.

“You know, I looked through the book and, you know, I saw the bright smiles from everybody, and I just knew that it was the right place for me,” said Brian. 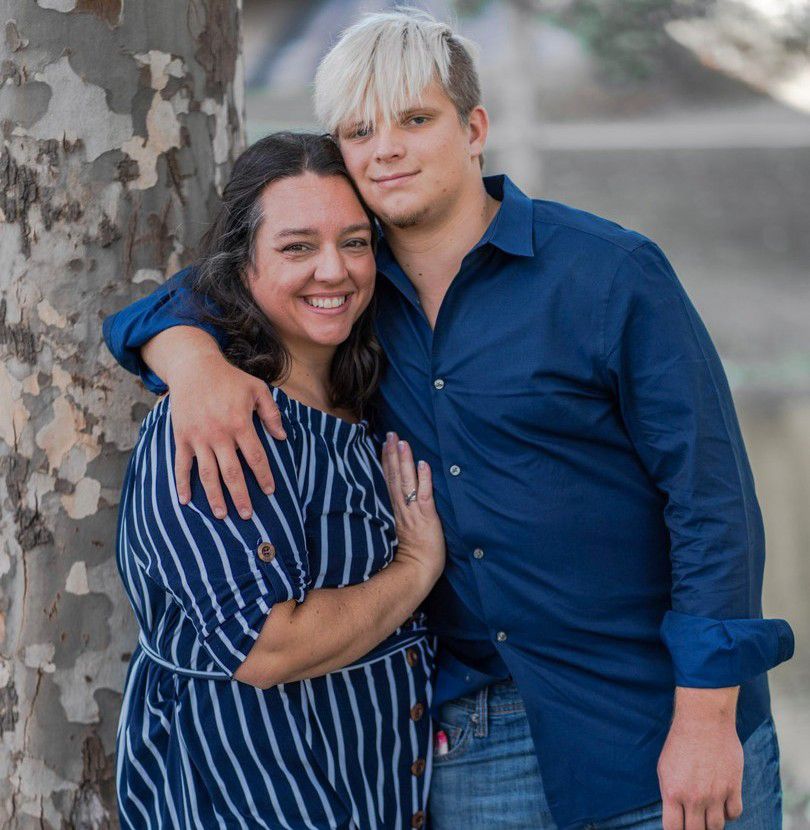 Brian has been living with the Warrens for six months now, easily filling the role of older brother to his 9-year-old brother Jacob, who also was adopted but as an infant. He’s enrolled at the local high school, is a member of the football team, and is holding down a job at a nearby ice cream shop. But the process the Warrens had to go through in order to be certified to foster Brian faced several COVID-related roadblocks.

“We had to go to great lengths,” said Jessica Warren. “We paid a fireman who does CPR and first aid training to come stand in our garage and privately train us for first aid and CPR because it had to be in person and we needed it done by a certain date.”

“There’s the balance of child safety with COVID, but also child safety in the sense that you typically think of with CPS - abuse and neglect,” said Larsen.

“So we have to be out there in homes. We adapt - we visit in yards, do virtual tours if we need to do that. We make accommodations so everyone feels safe, but also making sure we still follow the responsibilities of our job.”

According to a DFPS spokesperson, from March to September 2020 there were 567 fewer adoptions in Texas compared to the same timeframe in 2019. While that marks a 17% decrease from the year before, DFPS says it cannot be sure if that’s “because of the coronavirus, or simply a natural fluctuation in the number. Adoptions in FY 2020 overall were comparable to several recent years.”

Luckily, the Warrens had every intention of adopting Brian, and after nearly six months of fostering him the Warren family made it official at Williamson County’s annual Adoption Day event. Typically Adoption Day events are filled with family, friends, entertainment and mass adoption ceremonies. While Adoption Day 2020 was significantly scaled back, the family and friends were still there virtually, and the event still managed to tug at heartstrings.

“I’ve known since before I met you that you were always meant to be my son, that my heart was meant to love you and my hand to hold yours through the rest of your life,” said Jessica Warren in her "adoption vows" to Brian.

“You are forever in my heart, my missing piece and my blue-eyed boy. I love you, Brian, and I’m so grateful, happy and blessed that today you are only officially my forever son.”

Unfortunately, Brian’s relatively quick journey to finding his forever family isn’t as common for foster children his age. According to the Adoption and Foster Care Reporting and Analysis System, just 20% of children adopted out of foster care in the United States were ages 6 and older.

Luckily, Brian bucked that trend. He's more than happy to be the missing piece and blue-eyed boy of a family that’s opened their home and hearts to him. 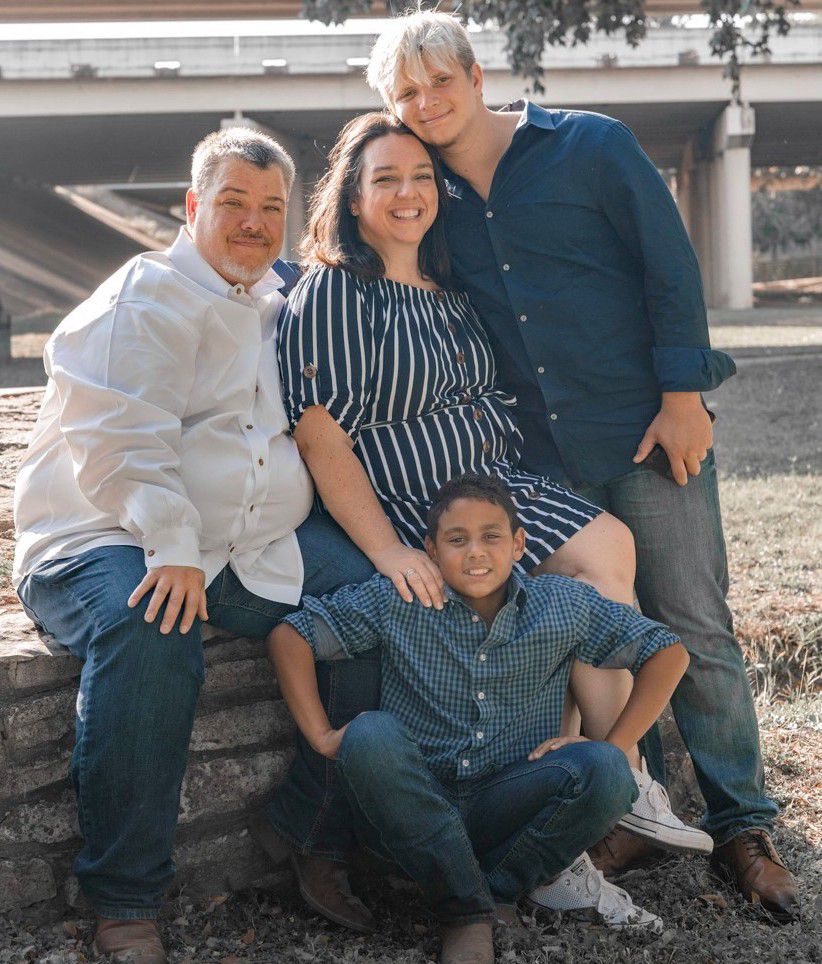