BULVERDE, Texas — October was a warm month for the San Antonio area. In fact, more than half the month temperatures were above normal.

Now with the recent cold front temperatures are way below normal.

But if you picked out a pumpkin early in the month and carved it, odds are it is probably smushed in from the Texas heat and humidity. Even at pumpkin patches that opened at the beginning of the month, will have plenty of pumpkins that are too ugly to sell. 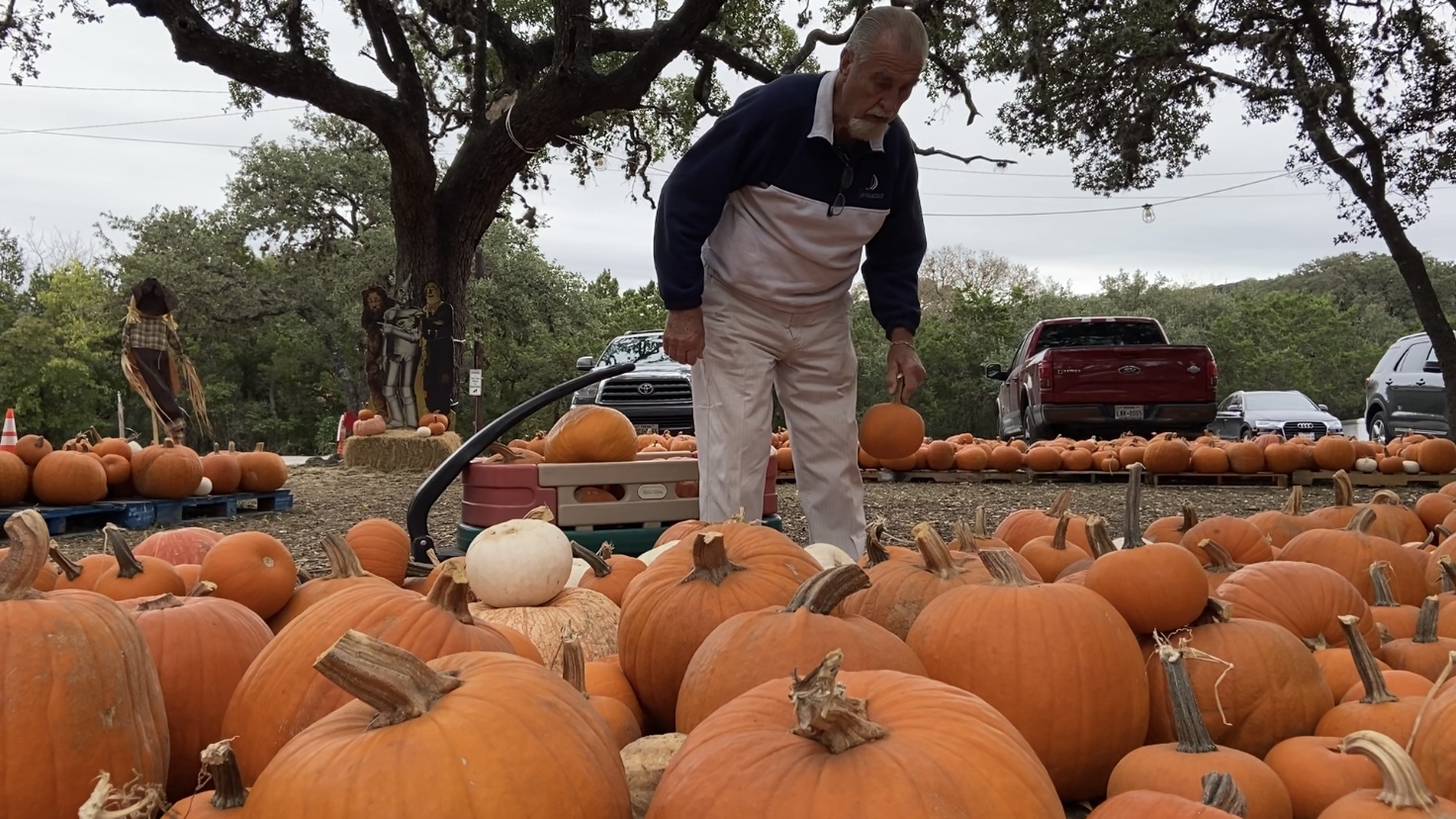 But Ed Bremer loves those ugly pumpkins and puts them to good use.

"Lucky me, look what I found," said Bremer." Once they go bad, they go bad in a hurry."

😊 Such a fun story from start to finish! Flannel, pumpkins and Texas Longhorns all in one day. pic.twitter.com/dHwWSsBOZC

"Your husband doesn't like to sit does he," said Connie Bremer, Ed's wife. "Because he'd sit for a minute and before you knew it he was up, moving the pumpkins. If there was an empty palett he was filling the palett." 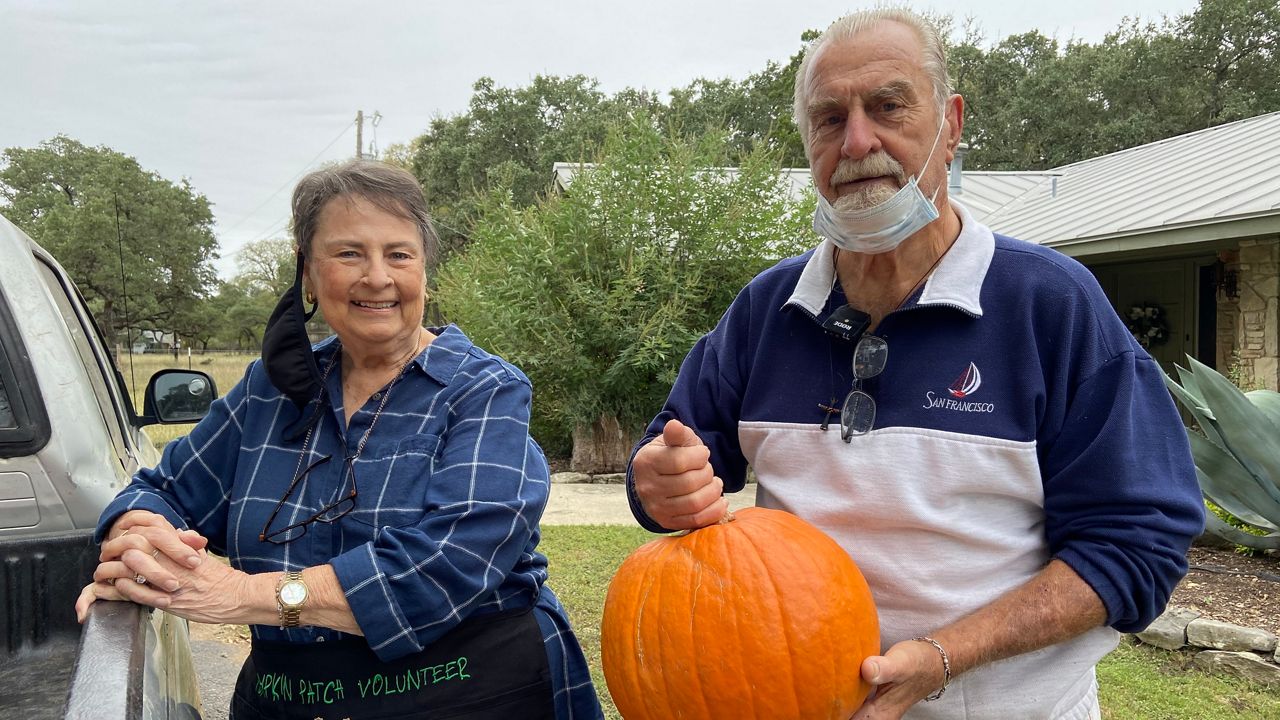 It's a lot of heavy lifting taking all the ugly pumpkins off the paletts.

"I'm happy to say I'm 80, but being a rancher, I think I managed to stay pretty healthy," said Ed Bremer. "So I'm enjoying this."

He loads all the ugly pumpkins into the back of his truck to bring to his cattle. He's the fifth generation to take care of all 300 acres of his family's ranch. 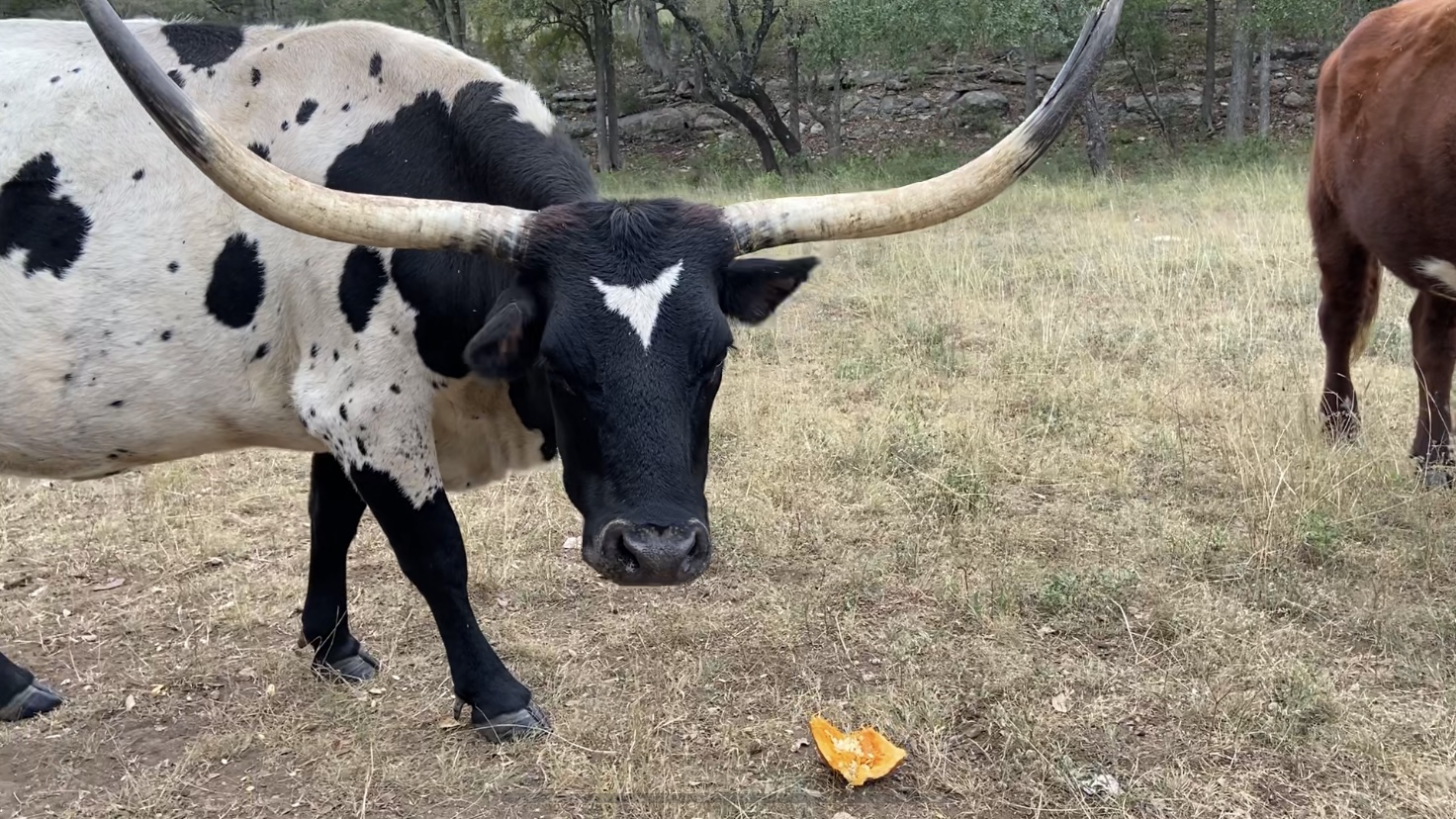 The cows and Texas Longhorn wait to get pumpkins every day for breakfast.

"It's good nourishment and nothing's going to waste," said Ed Bremer. "They are past carving. We'll let the cows carve them."

While many will say these pumpkins are the ugliest, some might think they are the tastiest.

🐮🎃 Out on the ranch with farmer Ed giving these Texas longhorns some UGLY pumpkins @SpectrumNews1TX pic.twitter.com/44LoFDQdRA