Log In
The rainbow crosswalk outside of Round-Up Saloon in Dallas's "gayborhood." (Spectrum News)
PLAY VIDEO
LOG IN

DALLAS — Austin has the Warehouse District, Houston has the Montrose, San Antonio has The Strip, and Dallas has Oak Lawn. For Dallas’s LGBTQ community, the Oak Lawn neighborhood, just two miles north of downtown is known as the “gayborhood,” and it’s the heart of the city’s gay scene.


The area’s once-thriving nightlife looks very different with most of the bars boarded up and closed for business.

Hot spots like JR’s, Sue Ellen’s, Station 4, TMC, Woody’s, Havana, and Round-Up Saloon have been closed since their short-lived reopen back in June.

Alan Pierce and his husband Gary Miller have owned the Round-Up Saloon for the last 25 years. The bar has been named Texas’s Premier Country Western Gay Bar and turned 40 years old this past July. 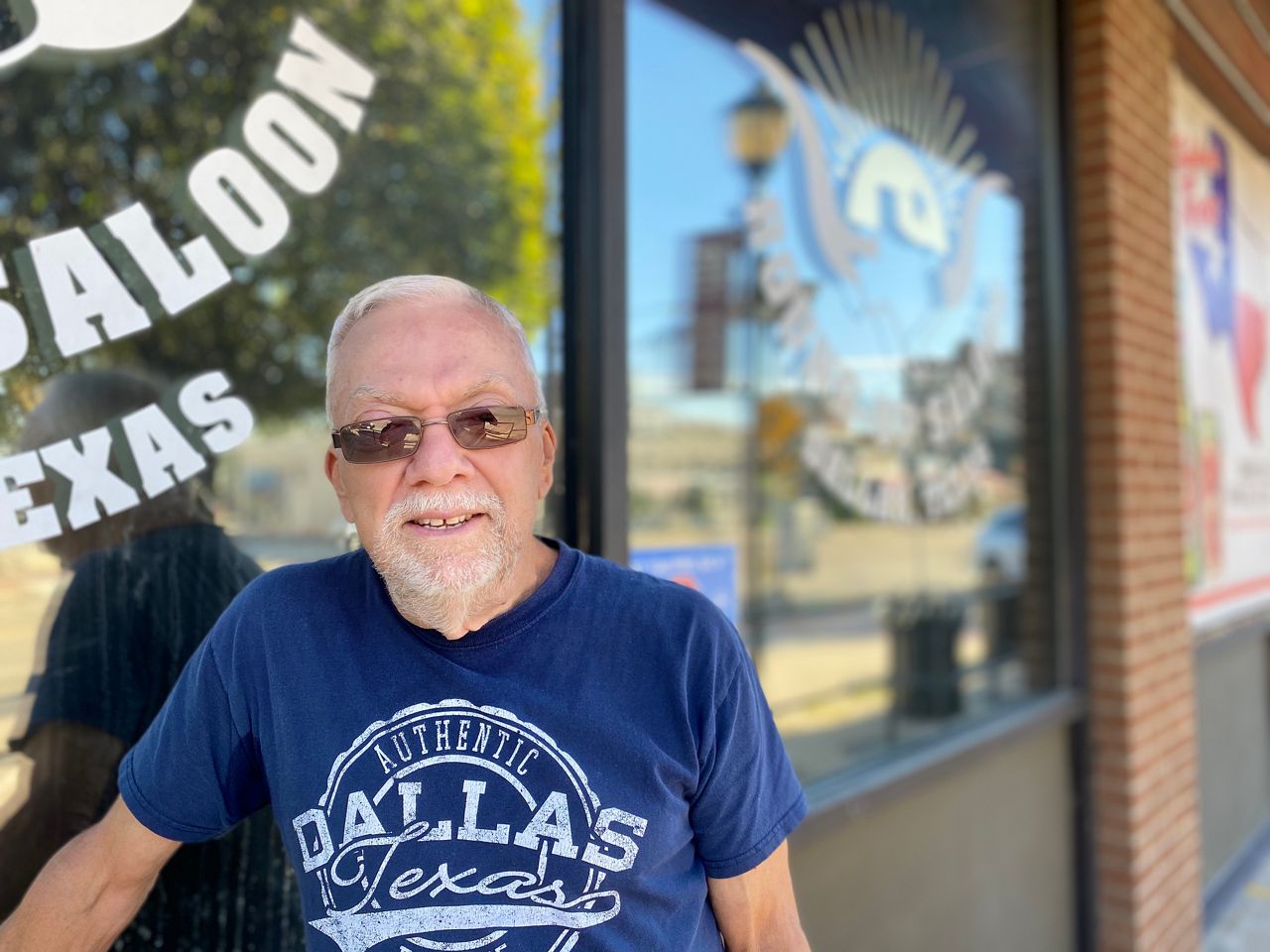 Pierce is proud to remind anyone that the Round-Up’s not only a popular destination spot for Dallasites but also attracts visiting stars like Willie Nelson and Lady Gaga, just to name a few.

Since they took ownership, Pierce can’t remember a single weekend the bar had been closed before the pandemic shutdown.

Now, seven months deep into this pandemic, Pierce and Miller will be the first to tell you when it comes to economic fallout, bars like the Round-Up have been some the hardest hit businesses.

“At least now Governor Abbott has given the approval to reopen, but then he gave the final approval to our local county judges, and so Clay Jenkins in Dallas has said ‘no,’ he will not allow bars to open, they’re literally killing our businesses.” said Pierce.

In August, the Texas Alcoholic Beverage Commission created a loophole allowing bar owners to apply for a food and beverage certificate under the condition that food and merchandise must make up at least 51 percent of the bar’s total earnings.

Pierce and Miller just got their certificate the first week of October and plan to reopen soon.

The bar will be serving food prepared by a local food truck that will be parked in the bar’s back parking lot.

Bars and clubs like TMC, and Station-4 across the street from the Round-Up, which don’t have the TABC certification, will remain closed in Dallas. 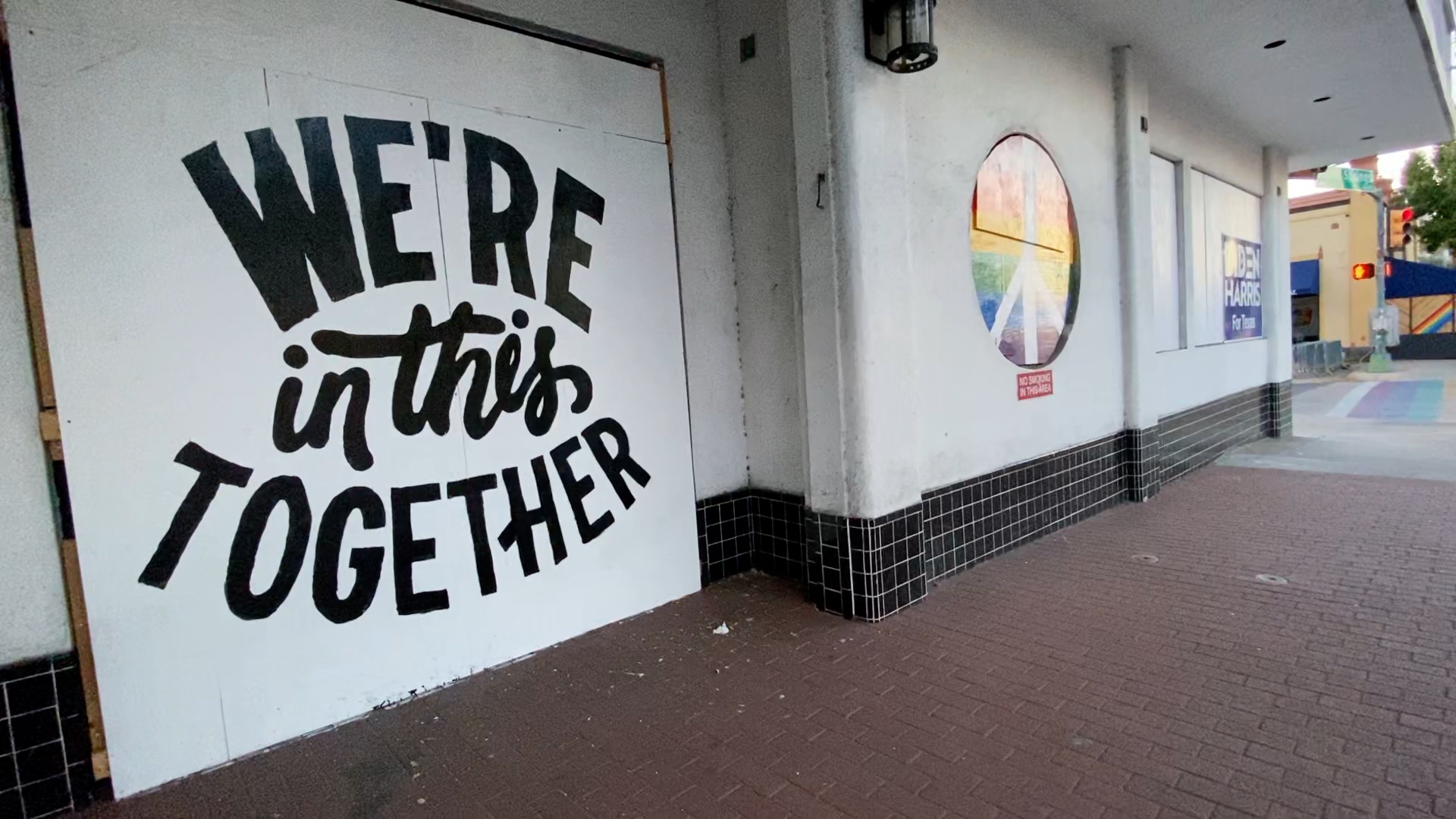 "We're In This Together" sign outside of JR's Bar (Spectrum News)

However, over in Fort Worth Tarrant County’s Judge allowed bars to reopen with 50 percent capacity starting October 14.

Now, considered a makeshift restaurant, Pierce and Miller plan to phase in the 50 percent capacity rule.

“We’ll open at probably 25 percent, and then move up to 50 in a week or two, maybe, as we get comfortable. This is a new experience with this food thing.” said Pierce.

The Round-Up will only allow people wearing masks to enter the bar, only to be removed when sitting to eat. Pierce says they’ll allow 40 people on the dance floor at a time, and only if they're wearing masks.

Although business won’t look the same the bar’s staff is eager to roll with the punches, “and hopefully get back to the good ol’ days of dancing, sooner rather than later,” said Pierce.

Pierce is concerned about the possibility of the bar becoming a “super-spreader” location but says with the precautions they’re implementing, businesses like theirs shouldn’t be forced to stay closed.

He’s optimistic about the future of Dallas’s "gayborhood" with all the bars and clubs in Oak Lawn, confirming they expect to make a comeback.

What do you think? Should large bars like the Round-Up be allowed to reopen, or should they be forced to wait longer until COVID-19 numbers die down? Share your thoughts with DFW Reporter Lupe Zapata: Lupe.Zapata@Charter.com