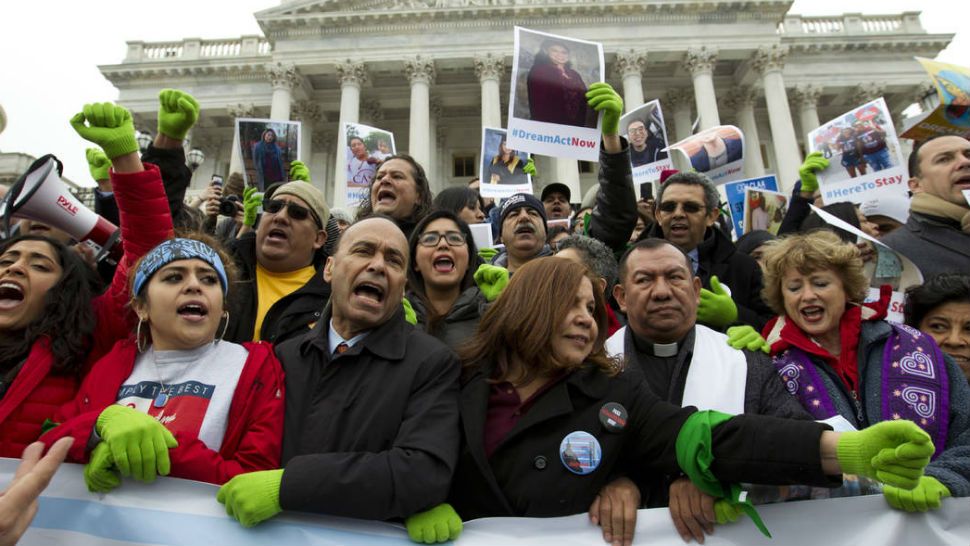 NATIONWIDE — More than 100,00 Texans are now protected from the immediate threat of deportation. The United States Supreme Court ruled against President Donald Trump’s administration Thursday, in its effort to dismantle the Obama-era Deferred Action for Childhood Arrivals program, or DACA.

In the court’s 5-4 ruling, Chief Justice John Roberts sided with the four liberal justices, declaring DACA was inappropriately terminated by the Trump administration.While the decision said the administration failed to give an adequate justification for ending the federal program, the Department of Homeland Security could try again. Roberts wrote the justices did not decide whether DACA or its rescissions are “sound policies.” The ruling, however, still provides some reprieve to the nearly 700,000 so-called Dreamers living in the United States.

RELATED: For Dallas Dreamer, US Supreme Court’s Ruling on DACA a Chance to Continue His Parents’ Legacy

“They know that this pursuit of justice does not end with temporary status. So, elation today, celebration today, but resolve and the knowledge that tomorrow is another battle and continues until we get the meaningful lasting immigration reform which is more than just a two-year work permit. It is a lawful permanent resident status pathway to citizenship,” said Lance Curtright, an immigration attorney based in San Antonio.

Click the video above to watch Capital Tonight's Karina Kling’s interview with Curtright.

For undocumented immigrant Pedro Villalobos, the United States is the only country he has any memory of. His parents brought him here when he was three years old. Villabos grew up in Houston before graduating from the University of Texas at Austin.

“It has been the country that has provided me my education, and it's the country that is now allowing me to be able to use my professional degree in order to benefit and advance the community I live in,” Villalobos said.

The now 29-year-old is now an assistant Travis County district attorney, which he never imagined he could do because of his immigration status, but DACA offered him new opportunities. Thursday’s Supreme Court decision gave him hope.

“I was not expecting the decision today. But I'm very glad that the Chief Justice, along with the four other liberal justices made a decision based off of the constitution and the laws of this country,” he said.

The Supreme Court ruling allows Dreamers to retain their authorization to work in the United States. As Villalobos continues to practice law in Travis County he, like the more than 100,000 Texas Dreamers, is once again looking to Congress to provide a legal solution to permanently protect him from deportation.

Texas Attorney General Ken Paxton said his office will keep fighting to have DACA declared unconstitutional. He has a separate case filed in Texas' federal courts.

In a statement he said, “We are disappointed with today’s SCOTUS decision, but it does not resolve the underlying issue that President Obama’s original executive order exceeded his constitutional authority. We look forward to continuing litigating that issue in our case now pending in the Southern District of Texas.”

Paxton's office successfully stopped a similar 2014 Obama-era program that would have expanded DACA benefits to millions of adults.