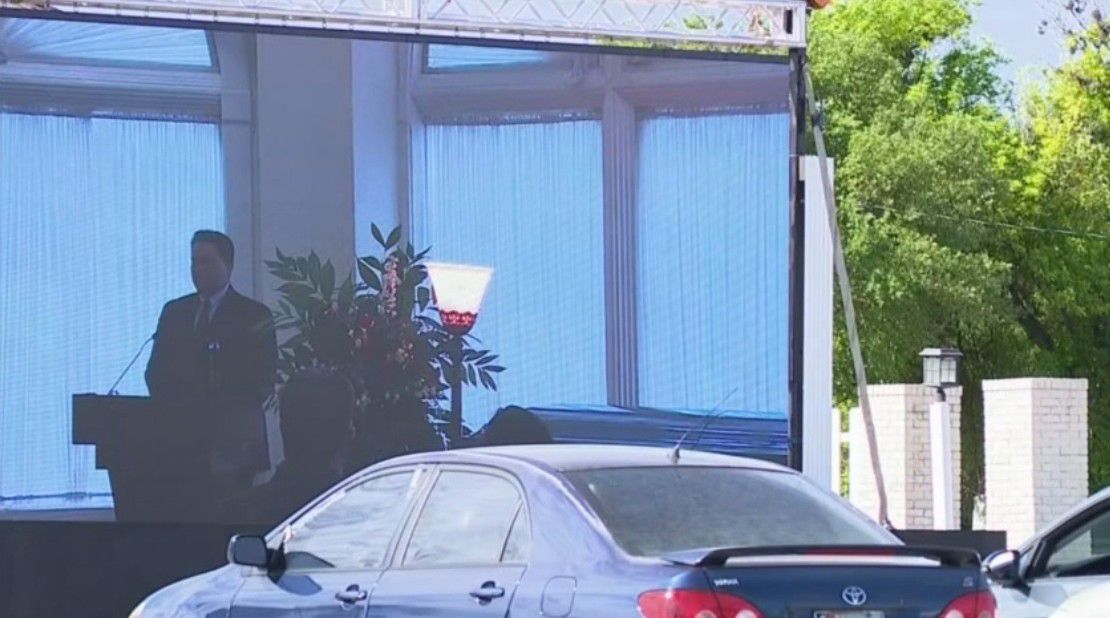 SAN ANTONIO -- For families who’ve have lost loved ones recently, finding closure with a funeral might not be possible for a while.


But a San Antonio funeral home found a way to stay safe and provide for grieving families.

“Not comparable to the drive-in we would go to when we were little," said Curtis Hampsten, longtime friend and employer of Ray Ybarbo.

Throughout this pandemic, up to three times a day, cars drive up to the Mission Park Funeral Home to look up at a huge LED screen and tune into the radio.

“It was almost just like being in the chapel with them," said Brian Ybarbo, Ray Ybarbo's nephew.

Last week, the cars were there to watch the drive-in funeral of Ray Ybarbo. The 47-year-old lost his 18-month-long battle with pancreatic cancer last month. 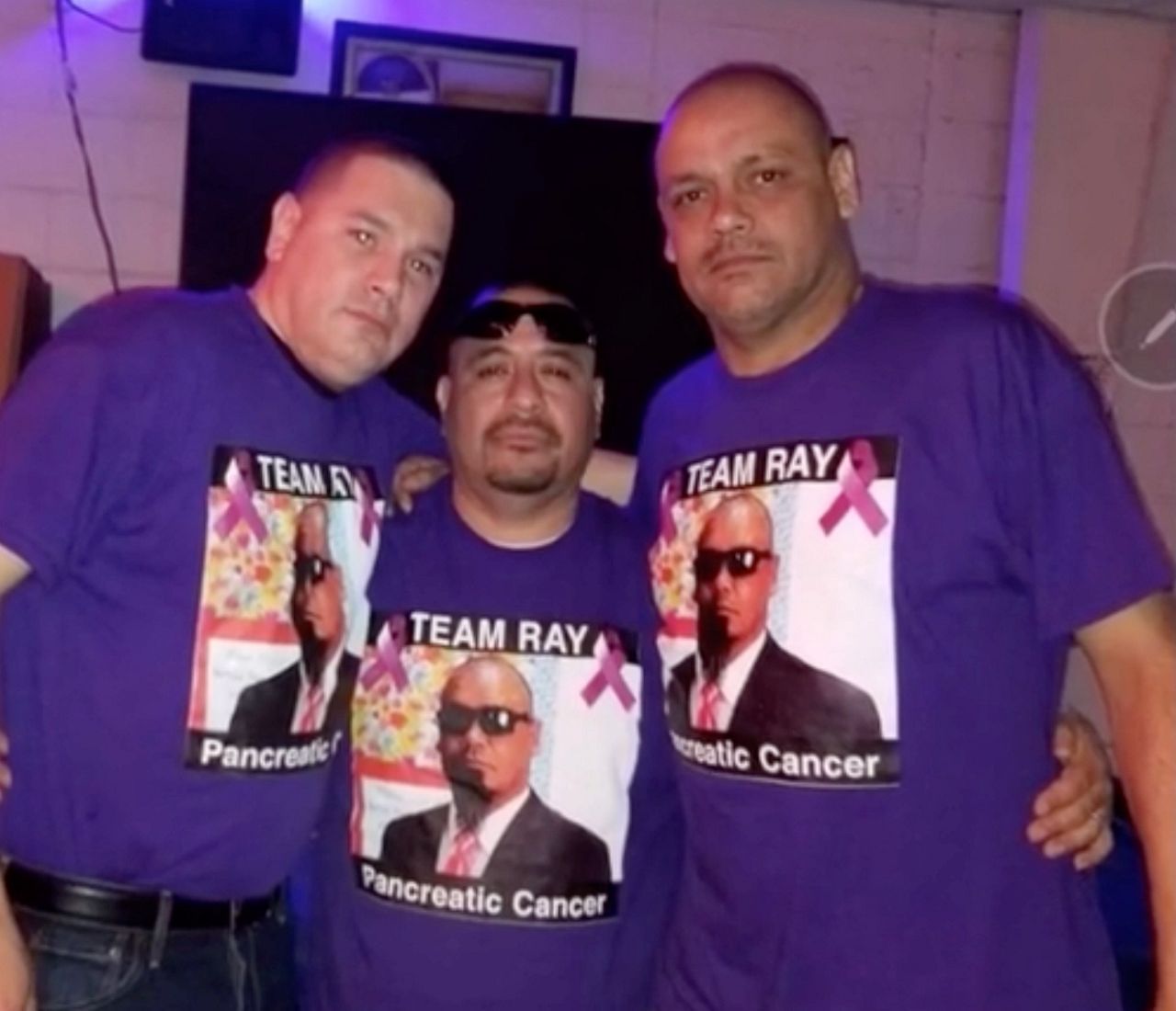 The family of Ray Ybarbo wear T-shirts that read "Team Ray: Pancreatic Cancer" in support of his battle with cancer (Courtesy: The Ybarbo family)

“Love him and we’re gonna miss him," Brian Ybarbo said, wiping away tears.

“The respect he had for just people was outstanding, his morals, his ethics," Curtis Hampsten said.

“He would have a smile like the sunshine and would make our days, to everyone," said Sylvia Hampsten

It’s a workplace that emphasizes family and for Ray Ybarbo’s nephew, that literally meant getting to eat lunch and work alongside his uncle every day.

“I am lucky, especially with him in particular," Brian Ybarbo said.

Ray Ybarbo was known for his love of family, BBQ, music, and spending time with friends, even at the end.

“My mom commented, when I informed her -- she also loved him, like, who didn’t? -- texted me and she goes ‘At least you did have to, you did, you were able to have your last beer with him,’" Curtis Hampsten said.

Only about a dozen family members were allowed inside the chapel, so the drive-in funeral gave other loved ones a chance to say goodbye.

“It was almost just like being in the chapel with them," Brian Ybarbo said.

“It still encompassed all of the things that you need to do to say your goodbyes, to have closure and to share it with family," Curtis Hampsten said.

To show the mostly empty chapel how many people outside are there to love and support them, Mission Hills asks all of the cars to honk for 30 seconds.

“It was like the trumpets of angels echoing inside the chapel," Sylvia Hampsten said. "It was so heartwarming, the back of my hair just stood up.”

Ray Ybarbo leaves behind a widow and an 8-year-old son.