Two photos side by side of the world's oldest married couple. One photo (left) is an older image when the couple was younger and the other (right) is a current photo of the couple holding their Guinness World Record plaque (Courtesy: Senior Living Marketing Solution)

AUSTIN, Texas – An Austin couple with the combined age of 211 years will celebrate 80 years of marriage on December 15 and are now the oldest living married couple in the world, according to Guinness World Records. 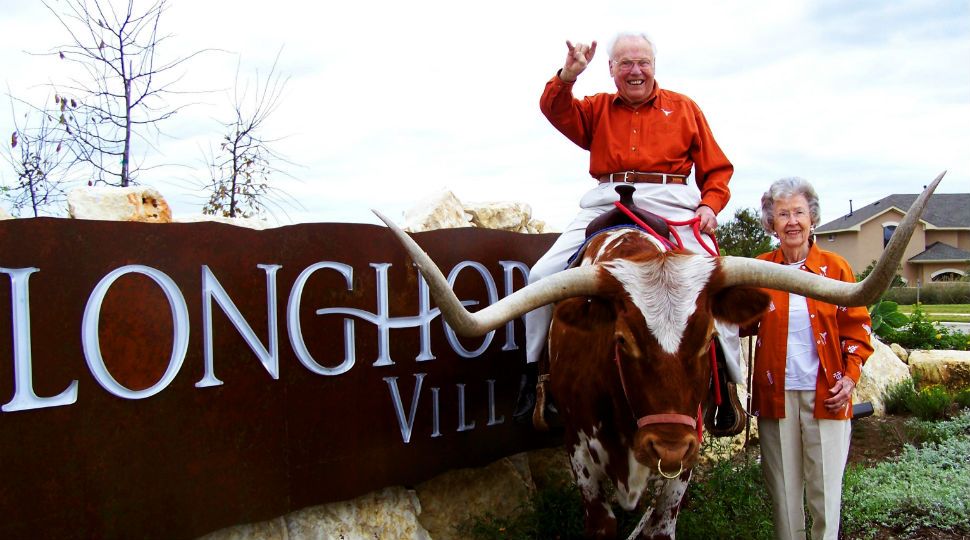 The couple married during the Great Depression and recall spending only $7 on their hotel room on their honeymoon.

John Henderson also holds the title of the oldest living former UT football player. He’s attended at least one Longhorn football game each year for the past 84 consecutive years.

Both are said to be healthy and they say it’s all thanks to their move to Longhorn Village senior living community 10 years ago.

What’s the secret to a successful marriage and a happy life? John Henderson said it’s all about living life in moderation and being cordial to your spouse.