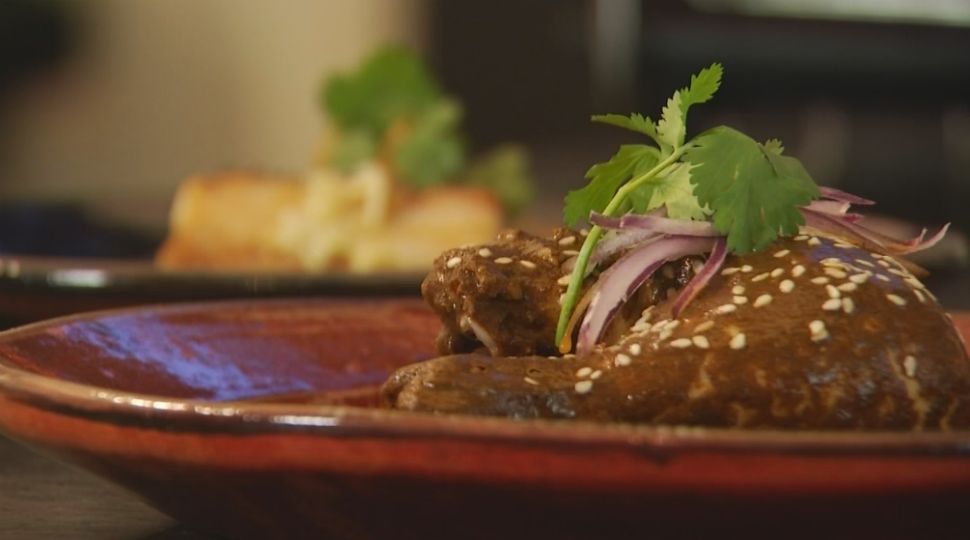 SAN ANTONIO -- Chef Johnny Hernandez sat down with us to talk about the traditions of Day of the Dead and all the details that go into the celebration.

Food plays an important role in the Dia De Muertos celebration. Hernandez's fondest memories of Day of the Dead go back to his family's roots in Mexico.

The San Antonio native remembered exactly what it looked like.

At the center of the celebration was food. The chef has now mastered one of the traditional Day of the Dead dishes -- mole negro.

“A complex sauce,” he says. “Something that has hints of spices, hints of chocolate, hints of nuts. Moles are always celebratory."

Mole, sugar skulls, pan de muerto, and tamales are some of the popular items used to adorn altars dedicated to those who have passed on.

"Day of the Dead is a celebration of life," he said. "It predates Spain. It's pre-Hispanic in nature and origin. So it’s a beautiful part of history that people should know and understand."

The food on altars is personal. It’s all picked out based on a loved one’s favorites. It’s a tradition Hernandez still carries on today with his own altar.

"My dad loved big red," he said. "So it will probably have tacos and a big red."

Hernandez will be showcasing some of the traditional Day of the Dead dishes like mole negro and his own mole blanco at La Villita this weekend.