The city council approved the measure 8 to 3. District 3 Rep. Rebecca Viagran and District 8 Rep. Manny Pelaez voted against the public policy. Before casting a “no,” District 10 Rep. Clayton Perry predicted that the current version of the SSLO would eventually be legally challenged.

“Is this a now legal document?” Perry asked from the dais, “Or is it a little less illegal?” 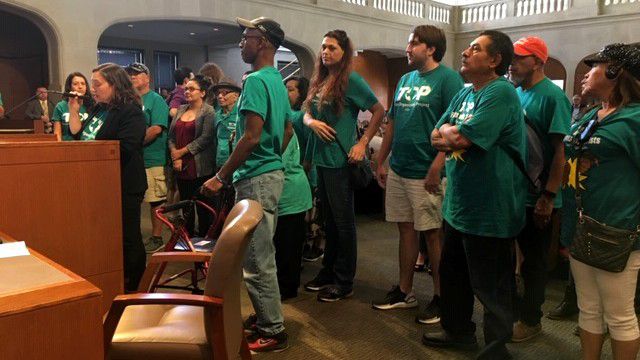 “I think we’re just putting lipstick on a pig here.” Perry said. “This still has some major issues in it. Now it’s really up to the courts to make a decision.”

Reporters asked Mayor Ron Nirenberg if he would be willing to consider a delay to rolling out the SSLO.

“No. We entered the process in good faith. We brought together all the stakeholders, many of whom the plaintiffs would be represented by,” said Nirenberg, “So we believe we came up with a consensus document that moves forward in the spirit of the original petition, but also addresses concerns that have been levied by members of the business community.” 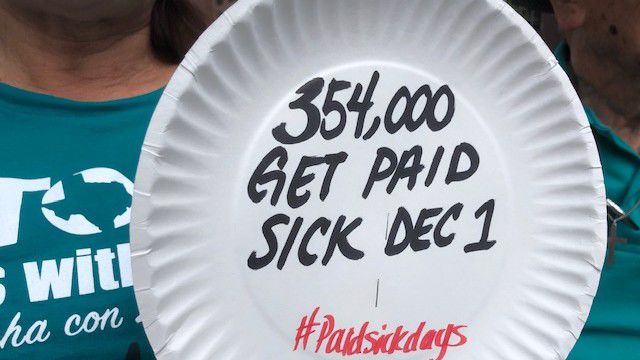 In July’s lawsuit filed against the city, Gonzales wrote, “Paid Sick Leave Ordinance is preempted by the Texas Minimum Wage Act and the Texas Labor Code, and violates Intervener Plaintiffs’ rights under the Texas Constitution to due course of law, equal protection, freedom of association, and freedom from unreasonable searches and seizures.”

Texas Organizing Project labor leader Joleen Garcia celebrated the 8-3 vote and said regardless of the threat of any new lawsuit against the pro-worker policy, she will continue to defend the issue which impacts the estimated 354,000 San Antonians currently without sick paid benefits at work.

“We stand by the ordinance we just passed,” said Garcia, “We’re gonna continue to defend it all throughout any challenges that come our way.”

The lawsuit filed this summer is currently on hold. Business and city lawyers are scheduled to go before a judge on November 8th.