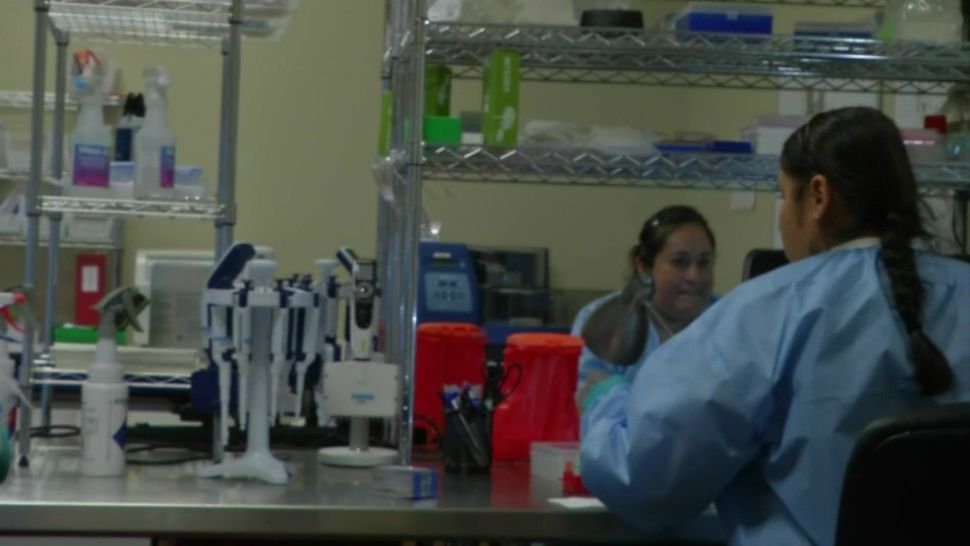 SAN ANTONIO, Texas -- After losing both of her parents at a young age to addiction, Jessica Spears knew she was at high risk for developing her own drug and alcohol habit.

Spears, eventually developed a cocaine and alcohol addiction, turned to sex work and wound up with felony drug charges.

“That’s what I turned to, in order to be accepted, just the temptation, the neighborhood I lived in,” said Spears.

Now the mother of three is 11 months sober, living at the shelter Haven for Hope, taking culinary classes and hoping to educate her community so others won't go down the same path.

“Sometimes I feel that if I would’ve gotten the help when I needed it, my addiction wouldn’t have gone so far and now I really want to help another addict,” Spears said.

But one of the first steps towards recovering is accepting the addiction, which can come with a lot of guilt and self-blame.

A new genetics test is hoping to help this problem, by showing people which substances and behaviors they’re at the highest risk for developing an addiction to based on their DNA.

“And when you can sit there and do a genetic test, and show them that it’s something that they were born with, it’s not their fault, they tend to look at it like a disease, and want to treat it like a disease. Thus, they are open to the help and open to the treatment,” said Justin Jones, CEO of Geneus Health, the company behind the new genetics test.

This a big part of what Geneus Health, a laboratory based in San Antonio, is hoping to show recovering addicts, but the company also wants its new test to help people know about their risks and develop a lifestyle around them.

“So, the test might come back and show that you have a high predisposition for nicotine addiction, but if you stay away from cigarettes and never chew tobacco, you’ll never get addicted,” Jones said.

The Genetic Addiction Risk Score (GARS) Test identifies potential impulsive and compulsive behaviors that one could inherit such as ADD, PTSA, Tourettes and even the potential to become addicted to activities like gambling and video games.

Additionally it shows which substances a person might have a greater chance of becoming hooked on.

“If a person has a high predisposition for opioid use, you don’t want to write that person a month-long prescription for Oxycotton or Hydrocodiene. You want to write a much shorter prescription, have them come in, monitor the person, and make sure that the pain management isn’t turning into a physical dependency,” said Jones.

The GARS Test was developed in the 1990s, but until now, it’s never been widely available for the public. Geneus Health can provide a GARS Score reporter with just a simple cheek swap to collect the DNA.

“I feel like the test is a very bright idea, but you have to be willing to stop addictions," Spears said.

The GARS Test is available directly through the Geneus Health website or from one of several participating health care providers. The $299 test is not covered by insurance, but results are available five to seven days after Geneus Health receives the sample.