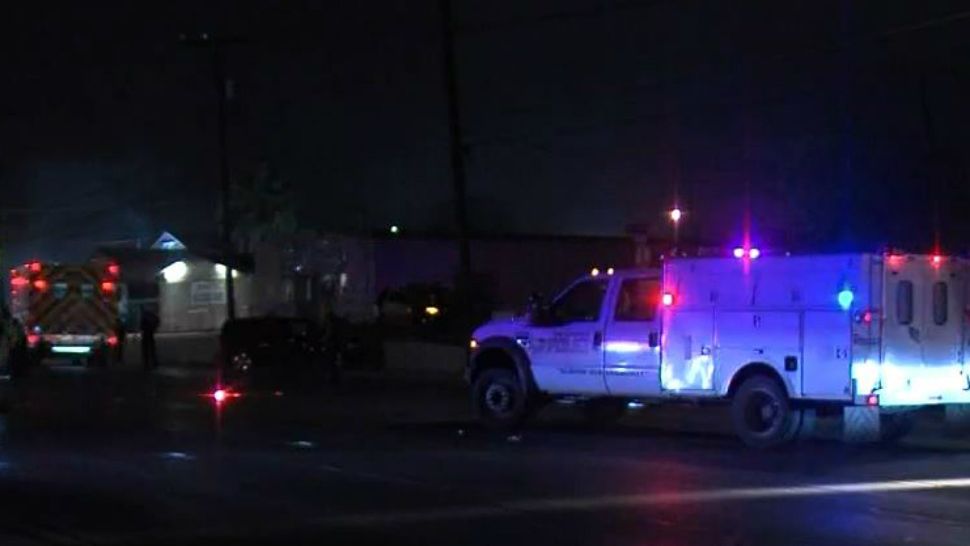 SAN ANTONIO -- Police are searching for a suspect in a fatal hit-and-run from early Sunday morning.

Around 2:30 a.m., authorities said a man driving a large pick-up truck was driving down Culebra without his lights on.

Another man pulled out into Culebra from San Ignacio Street and was hit on the driver's side door and was killed on impact.

Shortly after the accident, a pick-up caught fire on San Jacinto,  police believe it belongs to the driver and they are continuing to investigate.