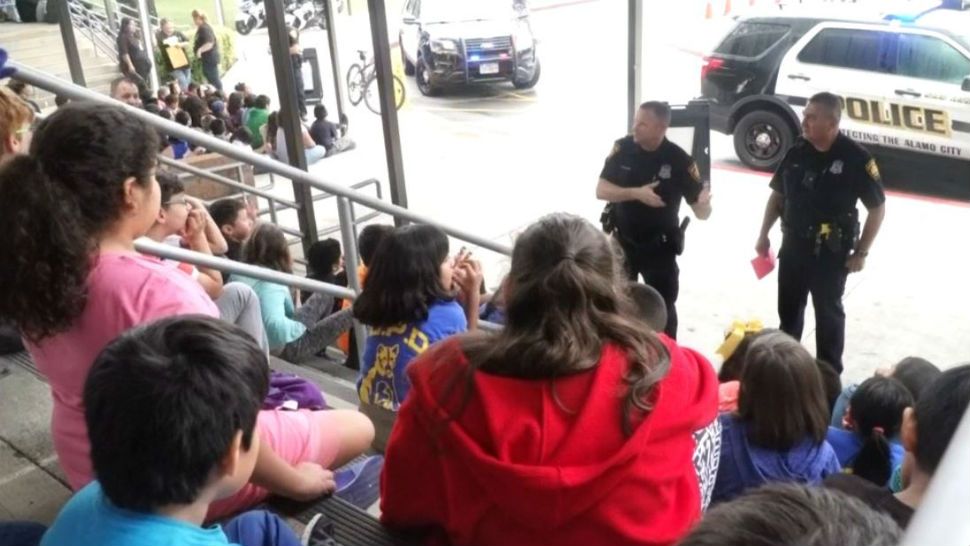 SAPD reaching out to teenagers through new program

SAN ANTONIO -- You can expect to see more SAPD officers at local schools as the police department rolls out its "Success Through Respect" program this year.

It's a program created specifically for young people. One educator said it's exactly what students need right now.

"Some of the negative criticism that officers have received in other parts of the country. Students come with a little big of that in the back of their heads but by the end of the presentation they feel so much more comfortable," Larry Rodriguez, a school safety specialist of Region 20 said.

The program basically allows for students -- mainly middle and high school aged -- to learn about what it takes to protect and serve.

"Its all geared toward interaction between police and youth. Scenario based, discussion based. It's all about putting yourself in the other person's shoes. Looking at police from the police point of view and looking at youth from the youth point of view," SAPD Chief William McManus said.

"They don't necessarily see a badge or see a uniform necessarily, but its just mutual respect for one person to another," Rodriguez said.

This year, officers are planning to go to as many schools as possible that will open their doors - continuing to build those relationships.

"Influencing young people in a positive way and that influence extends to not committing crime," said McManus.

Understanding that building a strong, safe community, isn't only the responsibility of men and women in blue. Students also learn respect goes both ways. They are taught how to report an incident if they believe an officer has acted inappropriately.

SAPD said the community can help them make sure all of its officers are held to the highest standards.