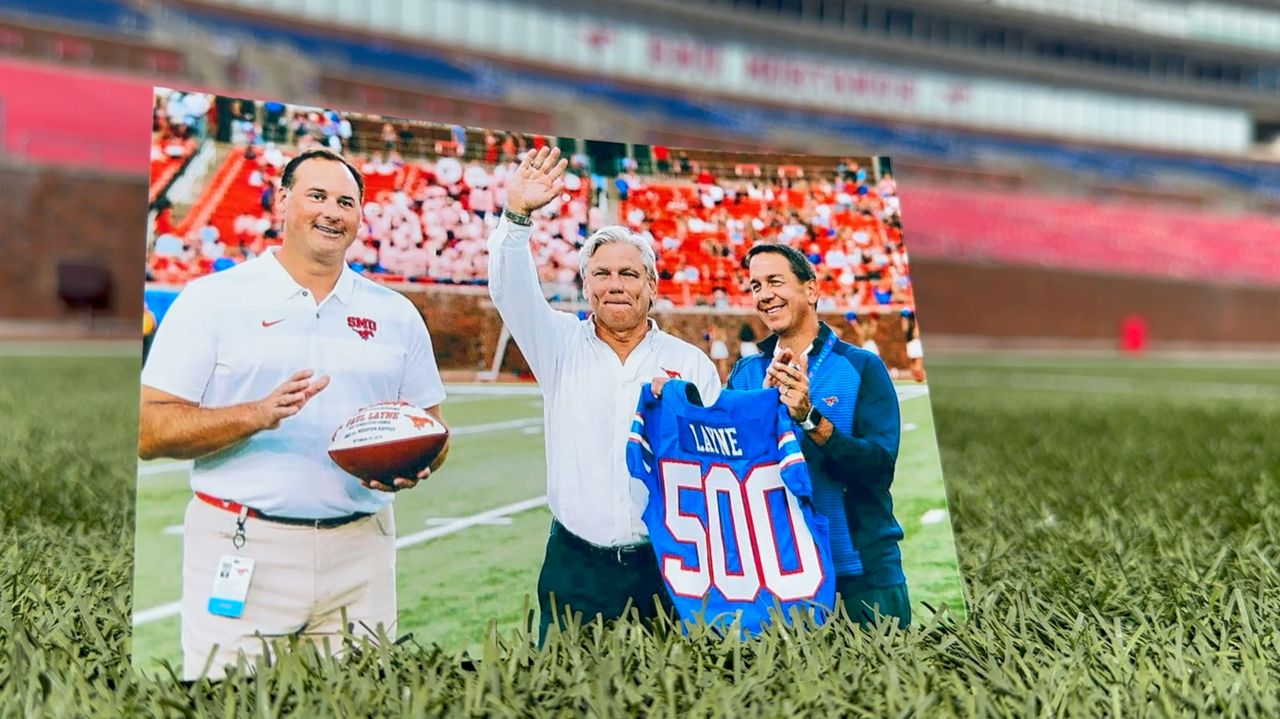 DALLAS, — On many Saturdays since 1972, Paul Layne’s schedule consisted of one thing: SMU football. For the 101st battle of the Iron Skillet, that commitment never changed. It just looked a little different.


The matchup between TCU and SMU is woven into the fabric of college football. This year, the Horned Frogs and Mustangs competed in front of a sold-out crowd for perhaps the most anticipated game in series history. But as the fans packed Gerald J. Ford Stadium, one seat was empty.

On Sept. 12, SMU alumnus and beloved superfan Paul Layne lost his life battling complications with a blood clot. It left Mustang Nation heartbroken, especially the ones close to him.

“It’s been a couple weeks now and I just can’t get over the fact that he’s gone,” said former SMU quarterback Bobby Watters. “It’s just really sad. He’s a dear friend of mine.”

A friend whose unconditional commitment to the Ponies was biblical. Paul attended 542 straight SMU football games. Why?

No one knows that better than his lifelong companion Bob Sharp.

“We traveled all over the country together, both as a cheerleader and as a fan,” Sharp said. “I’ve probably been to 25% of the 542 games he attended.”

Layne’s fandom never wavered, not even once.

“I asked him one time if he was really going to go to the game this weekend because we had this other event,” Sharp said. “And [he] said, 'No, I got to make it. I’ve got to go to the game. I got this streak going.'”

Layne was a close friend to so many, even the past and present SMU head coaches.

“There’s a lot of words that would describe Paul Layne. I think the commitment and passion for SMU speak for itself,” Rhett Lashlee said. “But he was just a good person.”

“When we first moved to Dallas, we had a young coaching staff,” Sonny Dykes said. “For a lot of guys, it was their first time buying a home. [Paul] helped more than half of our coaching staff find a place to live. He just became so close with everyone in the program. His loss was a tough one for me personally.”

Layne's cheers will always echo the Hilltop, his spirit will live on and his love for SMU will never fade.

“There isn’t going to be an SMU football or basketball game I go to that I don’t think of Paul. Although, he’ll be right here,” Sharp said as he pointed to his heart.